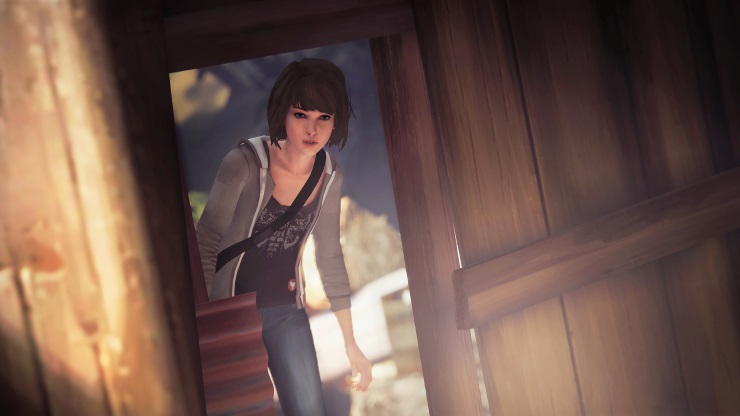 There are times when games can leave you in shock, like when you’ve invested so much time and emotion into them and then they sucker punch you in a way you didn’t expect. I’m sitting here contemplating the latest episode of Life is Strange and its ending, and although I saw it coming, it still rocked me to my core.

It all starts off nicely enough: Max is still reeling from the fact that her fiddling with time has resulted in Chloe being wheelchair-bound, but is doing her utmost to smile and be the best friend she can to her. Here there are some really touching moments, as the two friends reminisce about their time together as kids, watch a film together, and look at old photos. It contains its fair share of upsetting moments too, as conversations with Chloe’s mother Joyce and newly revived father William bring home the reality of looking after someone with a disability in a place where socialised healthcare doesn’t exist. There’s a disturbing side to this reality as well, with things changed it appears Max is in with the ‘cool’ kids like Victoria and Taylor, she’s even exchanging pleasantries with series arsehole Nathan Prescott. Former friends now shun her, and it seems Max is stunned by this development, as she can’t bring herself to respond to texts from people confronting her about her friendship circle.

This episode is full of emotional peaks and troughs, the series’ trademark light-hearted banter is present throughout, but there are some really heavy emotional choices that split up these moments. I seriously had to take my time on a couple of these, as I really wasn’t sure what the best course of action was. DONTNOD is really flexing its story-telling muscles here. You can see them working hard to pull all the mystery strands together while keeping the pull of the narrative going and making sure that player choice has some sort of say throughout the course of the series.

As each episode has gone by they’ve felt more directed and focused, with narrative elements that player choice has no control over becoming much more prevalent. Puzzles are fewer in this episode than they were previously, and they’re really straightforward apart from one detective style ‘arrangement of evidence’ puzzle, which, while it’s a nice change of pace, is a bugger to do with a control pad. The Dark Room is longer than Chaos Theory (almost generously so), and just when I thought it was over there was another section to play, which, through fantastic staging and excellent sound, felt like a highlight of the series. The tone of episode four becomes darker as it approaches its climax, and as it does so the motivations of certain individuals and the machinations of the denizens of Arcadia Bay become darker and more confusing. Just what is going on in this supposedly peaceful town? Are there only a few people in on this whole thing, or are more people involved in this situation than we realise? Is there anyone left that Max and Chloe can trust? It all gets very bleak, but considering the developments over the series’ course, this shouldn’t really come as a surprise.

In a way, The Dark Room sees Life is Strange approaching a point where those early moments in Chrysalis and Out of Time are but a distant memory. Things have changed a lot in the last week of Max Caulfield’s life, and not all in the best of ways. Regardless, this is Life is Strange at its best: a rollercoaster of emotions punctuated with a sucker punch right to your gut. It’s annoying really, I kind of wish I had held off until the whole thing was out and played it all in one go, but, here I am once again, waiting, desperately wanting that final episode to hit.

An emotional tour de force that has considerably upped the ante as the final episode approaches. That last episode can’t come soon enough.