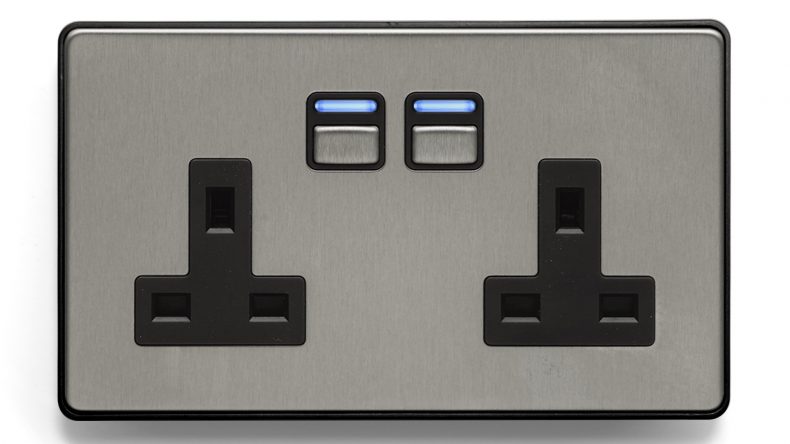 If I’m honest, I’m not entirely sure how I became such a fan of the “smart home”. That’s the way we’re going, I suppose, but at this point there’s a lot of technology in my house, all of it controlled by either an iPhone or Amazon Echo, and despite not being the biggest name, the Lightwave products might be the easiest of the lot to actually use.

Smart plugs and light switches are not new technology; this we know. But where Hive offer multi coloured light bulbs that are always on, Lightwave works in a more economic way, that, for want of a better phrase: “just works”, regardless of any issues with your internet.

Instead of having devices that have current-breakers in, requiring constant power to use remotely, the idea here is that the sockets and switches themselves are WiFi enabled. This might not seem like a major thing, but if you’ve ever gone to turn on a light bulb only to find out an elderly relative has turned it off at the mains because, well, that’s what people know, you’ll understand why this is such a good thing. Likewise, what if you’re having internet issues and your devices can’t be found? This is another thing that just isn’t a problem with Lightwave.

See, the thing about Lightwave’s light switches is that, despite being wirelessly connect, they are still, y’know, an actual bloody light switch. No matter what happens, whether your WiFi goes down, or the elderly relative thing happens, you can still get up and press a button on a switch to get your lights to work. But wait, there’s more. On top of this, Lightwave understand that people like all of their things in one place. Not to make this a “Hive Vs. Lightwave” competition, it’s worth mentioning that while Hive still require you to use their individual app on iPhone, Lightwave integrates into Apple Home. Sure, you can still use the Lightwave app, and you’ll need it to add new devices, but once added to Apple Home you can use Siri to control lights without touching your phone. The compatibility is excellent, also allowing for Amazon Echo use as well.

On top of that you can set up presets that allow for ideas like “movie night” (dimmed lights, etc), or any combination you want, and again, these are all able to be voice activated if you want. This isn’t a new thing with smart home tech, either, but it’s nice that it’s got all the bells and whistles the competition has. Automation is present, too, meaning you can have your plugs or lights switch on at certain times. You can set up groups as well, so, for example: “turn kitchen lights on” can be programmed, and it’s all intuitive and simple. Again, this stuff just works.

All of this works with the power points as well, and the design of the outlets themselves is rather nice. A chrome/silver finish with just a single LED that indicates whether something is on or off, they just look really nice on the walls. One tiny complaint, however, is that there seems no way to turn these light indicators off. It’s a tiny thing, but if you’re the kind of person who doesn’t like glowing lights in the dark while you try to sleep, perhaps don’t have them fitted in your bedroom.

“Alexa, please turn on the simplest smart home tech we’ve got” might not be something I’ve actually programmed into our Echo, but if you want simplicity, something that just works with everything, you’d do well to look into Lightwave.

Simple to set up
Works with other tech nicely
Looks classy

If you want simplicity, something that just works with everything, you’d do well to look into Lightwave.