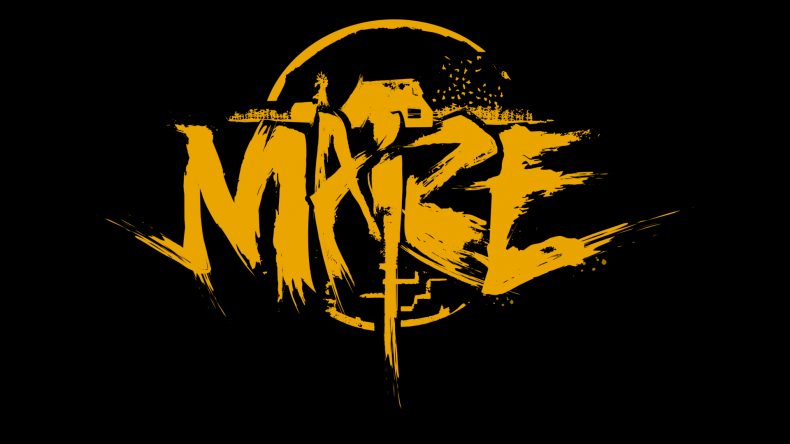 You will be hard pushed to find a game that is even half as odd as Maize is. A first person adventure game about a misunderstanding between two mad (aren’t they always?) scientists and the U.S. Government. The confusion, or cornfusion if you will, means that the two hapless scientists create a legion of sentient corn in an underground bunker near a farm.

The story is utterly bonkers, and largely inconsequential to what you will be doing in Maize. Once you gain control you see a fleeting glimpse of what looks like Maize plants scurrying away from you, and from there you will need to navigate your way through the maze of maize to a variety of farm buildings that contain items required for solving the various puzzles around the area. Dotted around each area are folio items that you can pick up which help to inform the story a little: invoices, ID cards, items of clothing etc.. Each item has a descriptor which for the most part is amusing to read, providing more detail to the plot. Once you have navigated the farm buildings and located the items required to unlock the bunker you will descend into the main core of the game. This area is littered with post-it notes from the two scientists communicating with each other and they are often hilarious, detailing a relationship where one hates the other with a deep, burning resentment.

There is lots of tracking backwards and forwards collecting objects to progress. Each item that is important has a handy white outline around it so it is hard to miss them, furthermore for some puzzles that require multiple items there are huge outlines indicating where they need to be placed in order to proceed. It’s not a very difficult game by any stretch and is incredibly linear with passage ways being blocked off by orange boxes to limit the search area.

For the most part the writing is very amusing, the post-it notes are a particular stand-out and there is plenty of fourth wall breaking in the folio items and the characters you meet. The exception to this is perhaps the teddy bear that you meet along your way, who inexplicably is Russian. This joke is a little over-played and towards the end I just wanted to punt him and his constant “stupid idiot” shtick as far away as possible. Visually, Maize is a mess; it does have it’s moments with some nice lighting here and there, but for the most part it has terrible motion blur (which did cause some minor motion sickness for me) as well as some truly awful textures when viewing items up close.  I got used to it over time, and I wouldn’t usually comment on this level of detail, but it struck me as an element of the game that felt half-finished.

Maize shouldn’t really work, but oddly it does. It is perhaps a little too linear and the puzzles don’t really challenge at all, but the story is amusingly told and I had a good time playing it. There is plenty of fourth wall breaking and the characters are well voiced creating a genuinely amusing experience. The ending is very satisfying too with some great late game action and the final pay-off with the joke was well done, but overall Maize feels more of a curio than a fully polished gaming experience.

Is genuinely funny in places
Voice acting is great

Maize is an amusing title, it's puzzles don't really require any critical thinking and it is overly linear but it kind of works as a curio with some genuinely funny jokes dotted throughout.