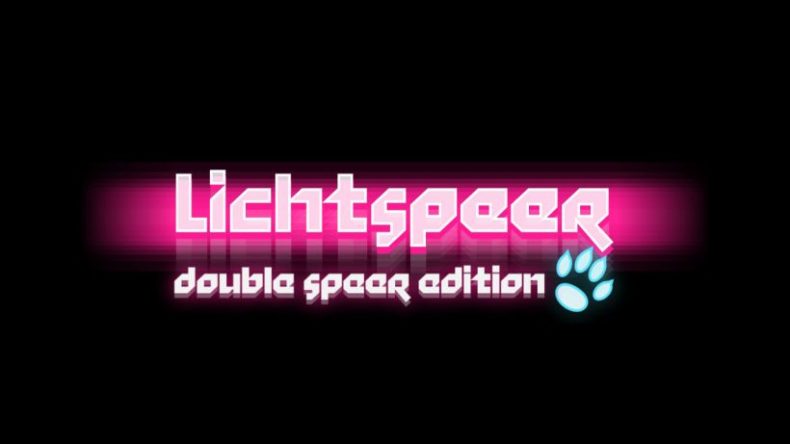 With the Switch, Nintendo has fully embraced indie games like Sony did in the early years of the PS4. Giving indies their time in the spotlight is something every platform holder should do and I’m glad Nintendo has come in all guns blazing with the Switch. While they did get quite the support from indies on the Wii U, the Switch shows their real commitment and I love it. Lichtspeer – Double Speer Edition from Crunching Koalas is one of the late ports to Switch and it has made its way with an exclusive co-op mode and more.

Trailers for Lichtspeer have always been great with the lovely art and catchy music but having played a good amount of it solo and in co-op, I finally see why this game is both loved and hated by many. The Lichtgod is bored and wants you to entertain him by spearing enemies and just dying for his amusement. You are given the uber powerful Lichtspeer because your fists and normal weapons are too boring. The humour and its delivery is quite nice. The gameplay itself is like Angry Birds with poor controls in horde mode. You know how easy and intuitive it is to tap and drag then release to shoot birds into the pigs? Well Lichtspeer has you doing something similar but using no touch controls. It annoys me more and more when developers don’t implement touch as an option in Switch ports. It is either only touch (like VOEZ) or nothing even in games that would benefit from touch like Disgaea 5 Complete. Lichstpeer has you using the left analog to raise or lower your aim and a button to hold for intensity and release to throw the Lichtspeer. Gameplay takes place on a 2D plane with you being stationary during levels and just throwing the Lichtspeer into hordes of enemies. If you miss three times in a row, the God gets angry and stuns you for a bit. If an enemy makes its way to you, they impale you or jump on your head basically killing you. You then restart from that same level or that area of a level. That’s basically all their is to the gameplay. Co-op mode lets you play as the human and a flying dog above the human. This gets super hectic and is actually fun in short bursts.

While the gameplay gets old quick, enemy variety impressed me quite a bit initially before I started seeing similar enemies and reused assets. That is my only complaint with the looks. Lichtspeer reminds me a lot of Drinkbox’s Guacamelee when it comes to visuals. Colours feel straight out of that palette and same goes for some of the other environmental elements. I had no performance issues in my time barring one small frame pacing issue in one screen transition. This is a great port that looks fantastic on the Switch’s screen. Another definite positive here is the music which is very good. That damn main theme will get stuck in your head for sure. I wish the gameplay had more depth even with the upgrade system. While it is enjoyable in co-op, I can’t recommend it to anyone who isn’t willing to tolerate a poor version of Angry Birds when it comes to controls. The touch screen would have definitely helped for this kind of control scheme.

Lichtspeer: Double Speer Edition is a great port. The co-op mode addition is something every game on Switch should have in some form. While the overall experience I had isn’t amazing, the developers deserve commending for the nicely implemented co-op mode. If you didn’t enjoy Lichtspeer on PC, PS4, or Vita, only get this version if you want a co-op game. The solo game will still disappoint you.

Lichtspeer: Double Speer Edition is fun for a bit but gets tiring quick and only really enjoyable as a party experience.