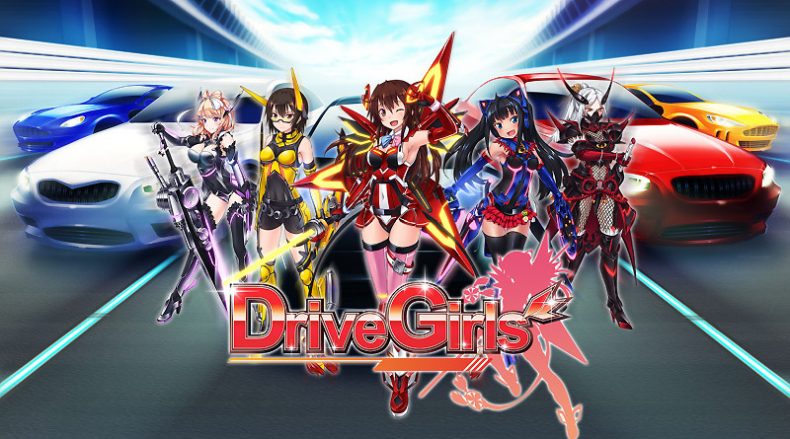 For a console that is apparently dead, Japanese game localizations companies and smaller publishers seem to still care enough to release games on the Vita. Aksys Games in particular has done multiple retail releases in North America and Europe with games like Tokyo Xanadu, Collar x Malice, Zero Escape: The Nonary Games, and more. Their latest release is Drive Girls for North America that released in Europe a few months ago already with an English localization from Rising Star Games.

The world has been taken over by mech bugs and only the Drive Girls can save everyone. When this was announced for localization, I kept joking that Transformers Devastation for Anime fans is finally releasing and I wish this was as good as Devastation. You play as one of a few Drive Girls who can transform into cars at will in combat that is pretty deep and satisfying. You slowly unlock more playable characters and the little fan service moments that there are feel poor. I’d say the fan service bits are all as poor as the story and the only reason I keep playing through missions is the gameplay. Earth Defense Force is a franchise that looks terrible and runs terrible on most devices but has a cult following (including myself) because the gameplay is that damn fun. Drive Girls for me has a near EDF level gameplay for fun and I definitely see myself revisiting it later on just to plough through the main story missions again to relax. As with the combat, customisation is pretty deep with stickers and more you can use for various stat boosts or buffs in both girl and car form. The campaign took me about 8 hours with a bit of replaying here and there to experiment. Speaking of experimenting, the tutorial is pretty terrible at explaining combat to you. I’d recommend replaying early missions and experimenting with combos and button inputs to get familiar with the combat. Missions aren’t too varied but just like EDF, I didn’t get bored at all during combat. The story scenes on the other hand had me pressing Square as soon as I could after the initial charm wore off.

I didn’t expect much with visuals, but quite like the character models. Environments are really boring and items in the environment sometimes blend in thanks to colour choices. There’s also quite the load time when you wait for each character model to load in the customisation screen while adding or changing stickers. Enemy variety is poor as well, but animations in combat look good and switching into a Drive form mid combo is fun if you manage executing it properly. I keep wondering how the developers decided to go with so little fan service. Even the loading screens are all the same image which is a static portrait of all the girls. Not having different ones of each girl is a missed opportunity. Given how low budget this title feels in almost every area, you won’t be surprised to learn that it only has Japanese voice acting. During story moments it is decent, but gets super repetitive during combat when you pick up multiple items. Music is nothing to write home about either and for some reason the main menu music kept reminding me of Thriller.

There’s definitely some good here and fans of other Tamsoft games will find enough to like here, but for everyone else, avoid this unless you keep your expectations in check. Drive Girls falls under the category of games that I need to own a physical copy of just because I’m surprised it exists. It is definitely one of the bottom tier titles Aksys has published in an otherwise super year for their releases.

Drive Girls is a disappointing game in almost every aspect with only a few redeeming factors.

Drive Girls heads to Europe on PlayStation Vita next month