Max: The Curse of the Brotherhood PS4 Review 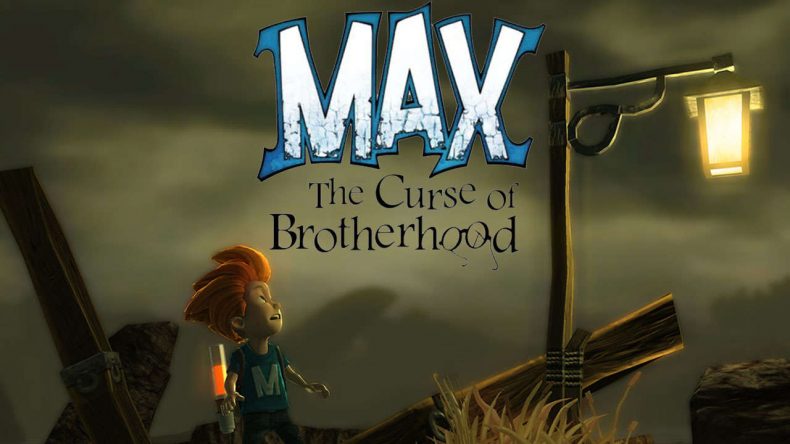 Initially arriving as an Xbox One exclusive, Max: The Curse of the Brotherhood has finally made its way onto the PS4. Offering a quintessential platform-puzzler that probably won’t be setting the gaming world on fire anytime soon; what you will get is a game with some fairly inventive mechanics, a collection of fun and – at times – challenging puzzles, with a truly impressive environment that makes an otherwise generic platformer something that little more impressive.

Unlike the original Max and the Magic Marker, Curse of the Brotherhood sees Max out to save his brother Felix – taking him through an entirely new dimension. The change of scenery means players are treated to seven different areas to run through, varying from sand-swept desert areas, misty bogs, and the obligatory lava area – because they’re just so much fun. The game’s environments reflect the entire design well, running wild with an almost Pixar art style and propped up by the use of a vibrant colour scheme that shows off some great scenery at times. The colour and art style pin the game down firmly as a kids game, but even those of you who might be helping a brother or sister get through the game will find your inner-child gawping at the bright colours, making weird approving noises in the process. The way that The Curse of Brotherhood separates itself from the plethora of other platformers is through its use of the magic marker. The power, given to Max near the start of the game by a crazy stoned hippie lady (and actually contains her spirit which isn’t creepy at all), allows the player to control certain elements in the game. With a total of four powers to collect, the player uses the pen to overcome different obstacles, be they puzzles or monsters. The great thing about the game’s pen mechanic is the way each power interact with the other; vines can attach to branches and be broken to create a new route, jets of water can be used to propel young Max across the screen or move branches and vines. It’s a well executed mechanic that you’ll use throughout the game on a regular basis, and whilst it’s not as far reaching to allow you to control any tree, river, fire, or piece of land, what’s there for you to use remains enjoyable to use and experiment with.

Much of what keeps the the pen mechanic so fun to use throughout the game is the variety of puzzles you’ll need to use your powers to solve. Oh – you weren’t expecting puzzle-solving? Like many aspects of the game, the puzzles take a steady pace in difficulty, not so much a spike as it is a casual Sunday stroll up a hill of difficulty. Though, the real strength of the puzzles isn’t the pace of their complexity but the variety of puzzles there are. Spanning from trapping monsters, physics based witchcraft, and creating new paths among other puzzles, it’s a major part of the game that’s spaced out enough both in style and placement to mean that the steady challenge rarely becomes jarring.

I say rarely because – being puzzles – there are some that are bound to grate on players just as they did with me. Most of these puzzles occur later in game and are mostly guilty of just having bad positioning for certain tools. When using the magic pen, players manipulate different elements through small swirly circles from the ground. The issue with this system and some puzzles which need to be solved with speed is that the magical circles can get lost in among the surrounding environment. It’s a minor issue in the grand scheme of things, but when you’re constantly dying and having to retry simply because of colour clash – it’s fair to say it’s a let-down for the game nonetheless. Platforming is rarely perfect in a game – and The Curse of the Brotherhood is no different. After the fallout that came with the re-release of the Crash Bandicoot games, it seems a little harsh to pick up the platforming for The Curse of the Brotherhood as it’s by no means on the same scale as the N.Sane Trilogy was. Though, there are certain times in the game – during a handful of chase scenes, where your timing to use powers in order to craft new paths has to be spot-on; add to this a movement that can be clunky at times, and you end up with a the growing rage at an otherwise entertaining chase scene. If nothing else, the need to perfect timing only serves to water-down the excitement of the chase, leading myself – and perhaps a handful of others to mute the television and angrily focus on the game until it’s finished – ah, platforming, you beautiful bastard.

The Curse of the Brotherhood really won’t pose a challenge for seasoned players, but the gradual pace of difficulty, vibrant environments and art style, along with the variety of powers and uses of the magic pen make it an ideal game for anyone looking to take a break from the oh-no-everthing’s-terrible-and-we’re-all-going-to-die genre of games, or any parents looking for a new game to tackle with their kids. If you want our advice on the matter: go and play Max: The Curse of the Brotherhood, it’s a fun game that lets you control water and fire – and isn’t that something you’ve always wanted?

It's a nice platformer to play if you're looking for a bit of light relief from the countless open world and heavy-themed games of 2017.