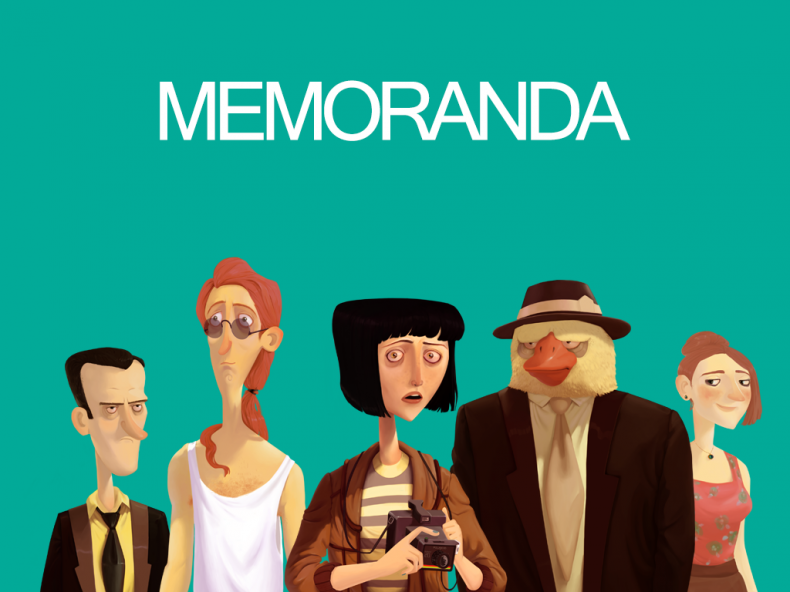 It’s safe to say that point-and-click games are back in a big way. After tailing off towards the end of the first PlayStation era, we’re now blessed with a vast range to choose from: from Telltale’s seemingly never ending output to remasters of old and much more. Bit Byterz’s Memoranda is another to be added to the growing horde of new P&Cs, boasting a lovely painted art style and like Double Fine’s Broken Age, was funded through Kickstarter.

The plot follows Mizuki, a girl who has severe issues: she has memory problems which has caused her to forget her own name, where she lives and the names of her friends. As a result, she keeps photos around her, chronicles thoughts in her diary (here called Memoranda) and can’t leave the house without a map (giving us a convenient fast travel system). To make things worse, she’s also haunted by a red-eyed old sailor who keeps her awake at night. The world Mizuki roams is an odd one, populated with singing cats, apothecary birds and elephants wearing grandad jumpers. The art style compliments this weirdness well with Mizuki’s tired, wild-eyed expression, reflecting the confusing things going on around her, and is brought to life beautifully with stilted, marionette-like animation.

Interactions with NPCs are much more streamlined than other P&C titles: there’s no branching dialogue trees, and none of that ‘will remember’ moralising stuff, just two to three sections of dialogue and off you go again. This is both a blessing and a curse as interactions are thankfully brief, but there’s very little in these conversations to enlighten you as to what you need to be doing or where you should to be going. Where I’m going with this is the puzzles. Point-and-clickers are made by the logic puzzles they are built upon, and unfortunately, while some of Memoranda’s have obvious solutions, others are incredibly bizarre and obtuse. Some took me hours of wandering and clicking on random things until I just happened to stumble upon the right eventuality by blind luck. There was no moment of enlightenment, no “why didn’t I spot that sooner?”, just a shrug and then a sigh of exasperation as it happened all over again shortly after.

Bit Byterz have crafted a lovely looking game with an interesting premise that you want to get lost in. It’s a mystery you desperately want to solve, but then it proceeds to torment and frustrate you as you stare at the screen in disbelief, wondering what you’ve missed. I so desperately wanted to love Memoranda, but pulling my hair out at the puzzles really sullied things for me.

Teeth gnashing frustration prevents Memoranda from being the great game it appears to be, despite its wonderful story and puppet-like art style.