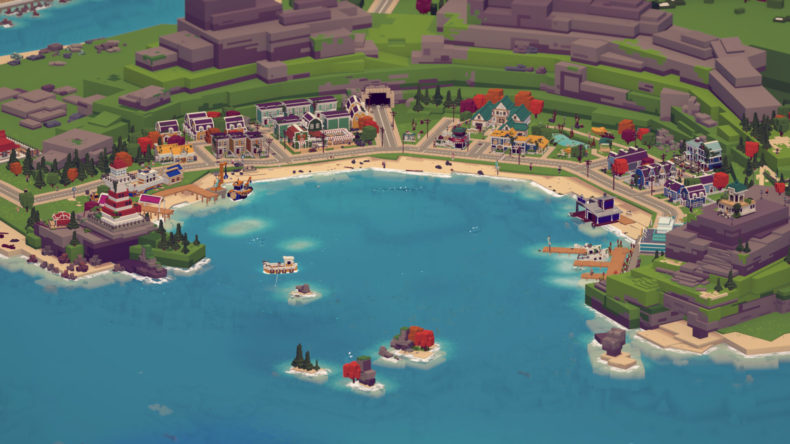 Moonglow Bay, from developer Bunnyhug, is a game about lots of different things. It’s about grief, and loss, and healing, and community, and fish suppers. Lots and lots of fish suppers. It’s also incredibly sweet, and the sort of game you can’t help but chill out with.

It begins with you creating your player character, although it’s a super basic system. This is not in-depth character builder, and it only asks that you choose a portrait, choose a gender or choose not to, and then do the same for your partner. The story goes that, however you build yourself, you’re an accountant who has moved to Moonglow Bay from the city in the pursuit of a more peaceful life. Your partner, Robin, has a passion for sea fishing and cooking, which they hope to impart upon you so that you can escape the rat race and enjoy your life. You’re even called “Fisher” (first name optional), which is probably why they married you in the first place. 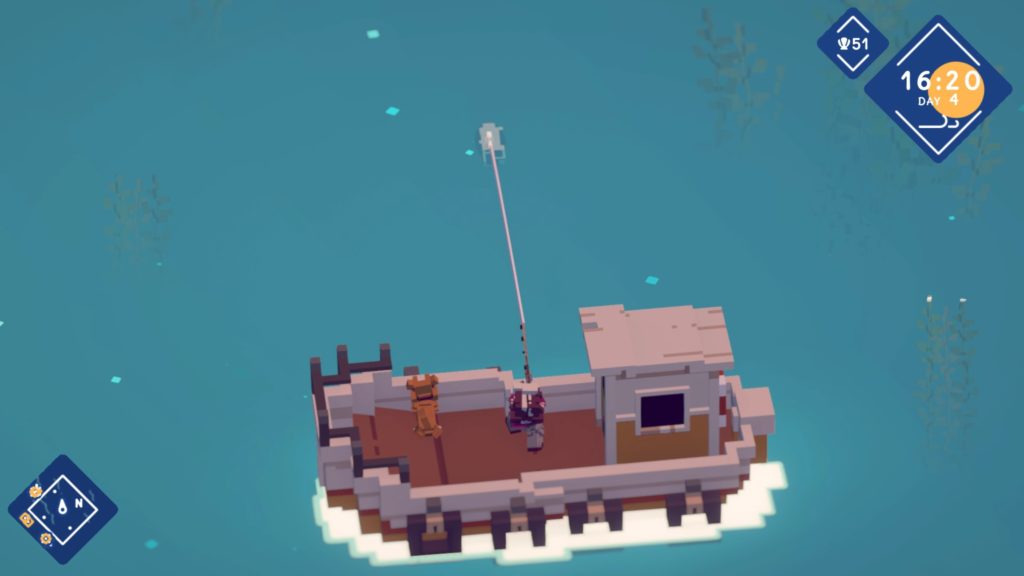 Sadly, fate has other things in-store, and after a cutesy opening scene, the narrative skips forward. Now your beloved Robin is lost at sea, the town has fallen into disrepair, and you’re spending your days depressed and alone, with only your dog as company. Until, that is, your daughter River returns home with a can-do attitude and forces you to open the last gift Robin ever gave you: a fishing diary.

Determined to learn the truth about Robin’s disappearance and live for them at the same time, your protagonist decides open a seafood restaurant using fish caught right from the Bay. What follows is the touching story of a person’s recovery from depression, and an entire town’s return to its forgotten glory days.

The primary loop is setting out to catch fish, before returning to cook them into meals, set the meals out for sale, and then using the proceeds to refurbish the various buildings and institutions in the town. As your business thrives through pure hard work and determination, the town slowly regains its luster. The townsfolk pitch in, and slowly but surely begin to warm to you. It helps that you can cook specific meals for them all to help sway them and improve their moods, too. 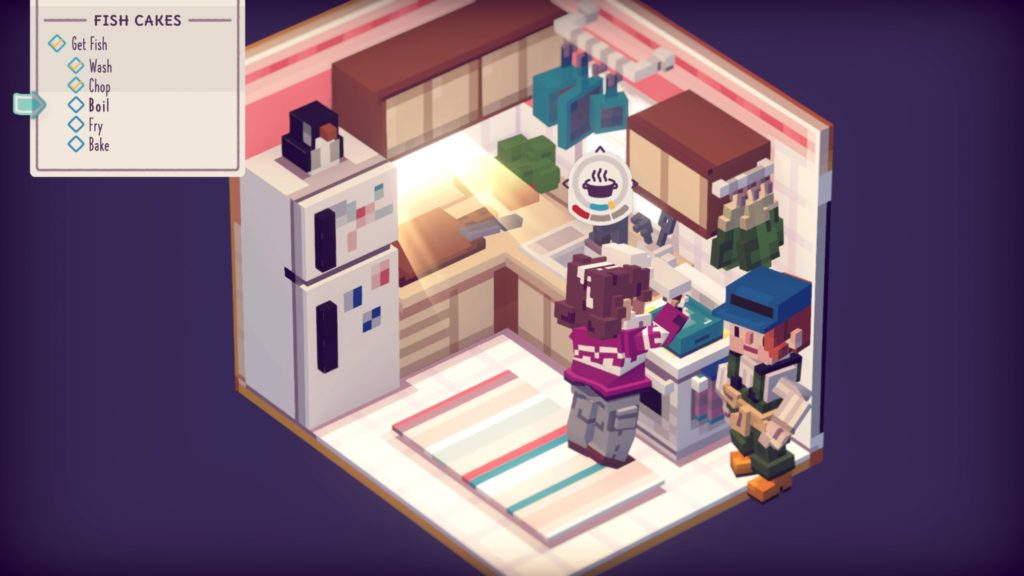 In rod we trust

New and rare catches can be donated to the town’s aquarium, and you upgrade your boat at the marina. The more you catch and cook, the more recipes you’ll learn. The surprising thing is that this isn’t an Animal Crossing-style, endless wander. There’s a narrative here pushed along as you complete objectives set by River and the townsfolk. There are special events, mysteries to uncover, and multiple biomes to sail out and explore.

The fishing itself is simple enough. Its a question of pushing the arrow in the opposite direction to the fish’s escape attempt, then hitting the trigger at the right moment to pull it in. You can occasionally use a net too, to gather up shoals of fish or remove rubbish and pollution from the ocean. It’s a little too easy, to be honest, which is a shame as it’s the main gameplay mechanic besides the cooking. This involves washing, chopping, boiling, frying and baking the ingredients, all of which are represented as rudimentary mini games. 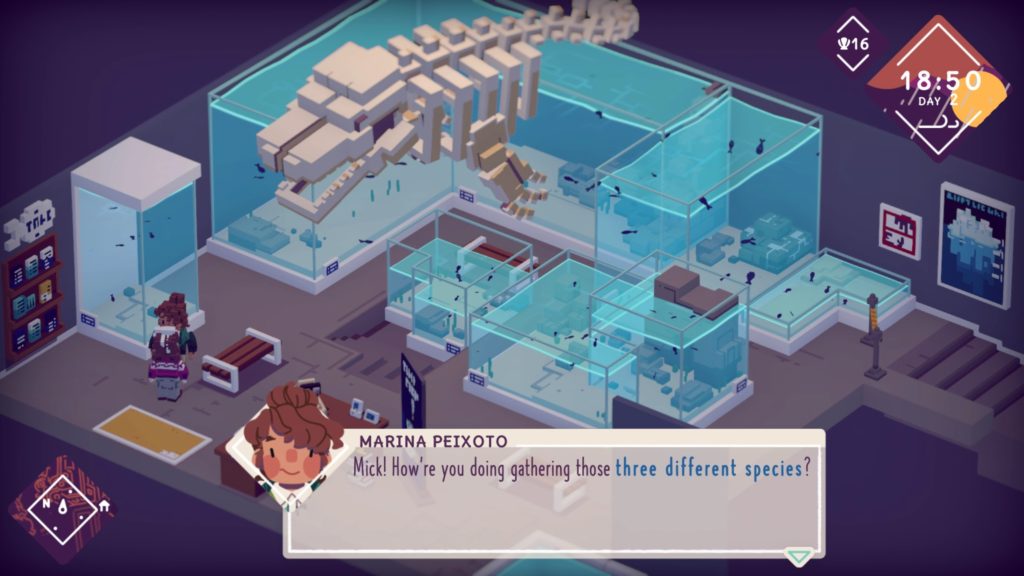 But then Moonglow Bay is not really about the gameplay. It’s more focused on the emotional depth, which is keenly felt despite the Minecraft-esque aesthetic and simplistic nature. Fisher’s interactions with the townsfolk are all unique. Some offer services such as electrical devices (radio, sonar, etc) or sea rescue and boat repair, while others are just there to talk and react to your endeavours. But the sense of community is palpable, as is the sense of accomplishment as the town slowly comes together.

It’s not a loud story, it’s not flashy or exciting (despite a few short sequences I won’t spoil), but it’s a genuinely moving and surprisingly feel-good tale about coming to terms with grief, about embracing your advancing years, and about joining hands across a town to remind people of the things they used to dream about. Now and then we could all use a bit of that.

Moonglow Bay is a genuinely moving and surprisingly feel-good tale about coming to terms with grief and embracing change.