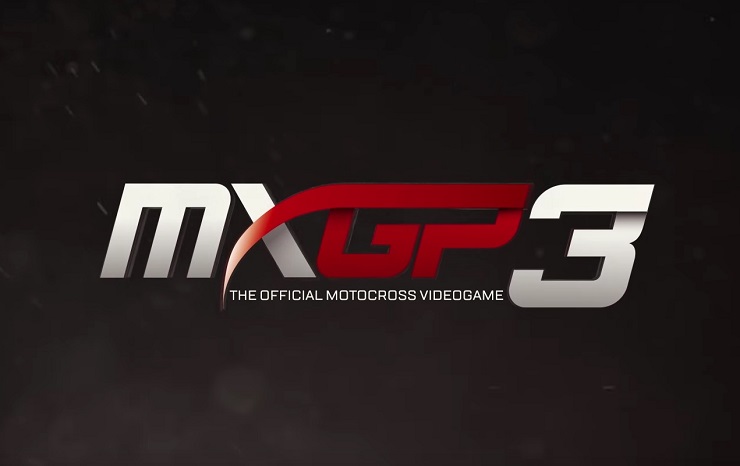 Ever since the first Motocross Madness on PC, I’ve enjoyed a handful of motocross games over the years, but none have really compared. The Xbox 360 addition to the series just didn’t work, as it couldn’t decide what kind of game it wanted to be. But when MXGP3 was dropped into my lap (metaphorically, at least) I let myself hope for something that would rekindle that old love for the original Motocross Madness games.

Well, being blunt, I didn’t get what I hoped for. But then, that’s not at all what MXGP3 attempts to be, instead it’s doing its damnedest to faithfully recreate the realism of the biggest series in motocross. From finding a sponsor and a team in the MX2 class, to climbing the ladder and winning the MXGP championship, it’s all here in Milestone’s game. Much like its Valentino Rossi MotoGP game, Milestone offers another two-wheeled experience that offers something a little more than simply giving you the same old trudge through the licensed season. Working your way up from the bottom is the best way to start these games, the best way to start almost any sim racer actually, as it allows you to ease into the game and learn the ropes. The slower bikes let you get a feel for the handling, letting you naturally progress in skill before moving up to the MXGP class where things really get going.

That being said, MXGP3 is lacking the quality of last year’s MotoGP game. The presentation is dull, its menus devoid of personality, and its visuals are all over the shop. From the moment the camera pans across your first race destination (after the excessive loading times, I might add), the Vaseline-smeared graphical style is immediately apparent. This is made even worse during rainfall, when the impossibly large droplets do their best to stop you seeing anything at all, and if you’ll forgive the awful word play, the muddied visuals become even more pronounced. That’s not to say it’s a particularly bad looking game, as the stadium circuits are quite detailed, so are the bikes that churn up the dirt beneath their wheels. No mean feat when there are 22 riders in an event. It would just look much better without the odd blurriness over everything. Races themselves are exciting too, no matter how you choose to play. Whether you go for the full realism of Pro handling, or stick with the standard model for a simpler, more accessible (and less crashy) gameplay experience, you’ll still have to battle both the AI opponents and physics. I won’t lie, the AI is pretty basic, but it still fights for position and it keeps things from growing stale. It isn’t quite Gran Turismo bad, but it does still get in the way as it stubbornly leans into a corner that’s already occupied by several other riders. The handling doesn’t hinder you though, as it remains responsive at all times, with just the right amount of realism to keep it faithful to the sport, but an ever-so-slight arcadey edge that allows anyone to enjoy the racing.

That doesn’t mean that everyone will definitely enjoy MXGP3. It’s still a niche game, based on a sport that doesn’t get the same attention as MotoGP or any of its four-wheeled cousins. It’s a lot more enjoyable than games like Ride and its sequel though, as it isn’t as boredom-inducing, and there are still aspects of dirtbike racing that appeal to most people. There’s a certain excitement to jumping around muddy tracks on fast bikes, and here is no different. And if you get bored of doing that in a racing environment, there’s the Compound to fall back on. The Compound is an open track in the countryside, where you can ride around at your leisure, in any direction. It’s not exactly a sandbox, but there is a certain amount of freedom involved and it lets you get used to the handling, or test out a new bike to see how it feels. If you do decide to just jump straight into the racing, there are a number of factors that can improve your game, either by making it more realistic or simpler to play. There’s a lot of customisation that affects your rewards, as well as tailoring the game to your specific needs. This ranges from the handling model itself to manual gears and unlocking brakes, so that both rear and front brakes are operated separately. Oddly, making races longer significantly increases your winnings, adding a whopping 50% to your reward by increasing the race length from 3 laps to 5 laps. You can also use rewinds (or limit the use of them, depending on how you want to play) that can rewind a short period of time, allowing you to effectively delete your mistakes. You crashed out on that corner? No problem, just rewind to before the fateful incident and carry on. It’s not a new idea of course, but it’s extremely helpful for when you’re learning new tracks.

The problem with MXGP3 is that it’s based on a fairly niche sport, and it doesn’t do anything particularly exciting to entice new players to pick it up. Unlike games like MotoGP and the likes of Gran Turismo/Forza Motorsport, it doesn’t offer anything that will appeal to the everyday gamer. But for fans of motocross, it’s easily the best representation of the sport they love, and for that reason MXGP3 is still a success. It may not be pretty and it may not do anything especially new, but its racing is exciting and the game makes great use of the official licensing.

Despite some issues that will turn off many regular gamers, MXGP3 makes great use of the official licensing and will certainly please fans of the sport.

MXGP3 gets a release date and much requested feature