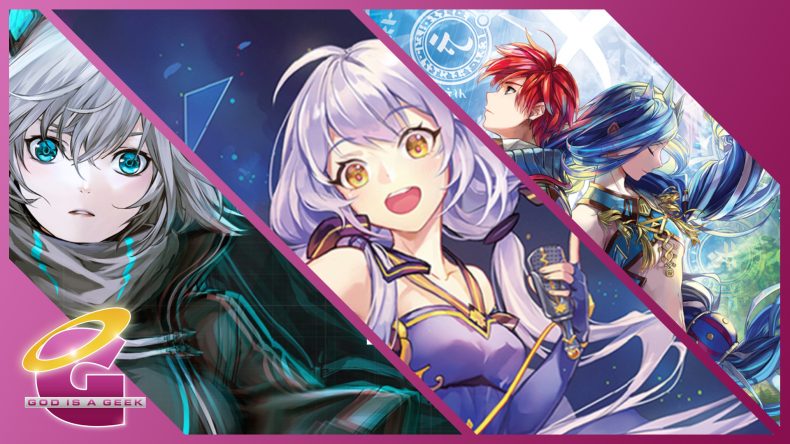 E3 2018 is finally over and while I’m still recovering from my least favourite gaming time of the year, the Nintendo Switch has gotten a ton of new ports and games. As always, this focusses on the games in general, port quality, any exclusive features, or just why you need to pay attention to or skip a game that’s on Nintendo’s new handheld hybrid home console. This Re:Port looks at Nihon Falcom’s first game to hit the Switch, two rhythm games, one of Chris’ favourite games, and an indie game that plays like Metal Gear Rising Revengeance in 2D. Ys VIII is one of my favourite action RPGs of all time. I already loved it a ton when I reviewed it on PS4 at launch and since then it has slowly grown on me more and more and climbed its way into my top games of all time. Seeing how many Switch Re:Ports and reviews I do in general, you’d think I’d be focussing on new games when I have free time. Sadly, I spend my free time just playing more Splatoon 2 and replaying Ys VIII on higher difficulties simultaneously on PS4 and PS Vita. When the Switch version was announced to contain all DLC from both the Vita and PS4 versions and have all the new PS4 content, I was hoping it would be the definitive version. Sadly, it has turned out to not be the best way to experience this fantastic game.

Aside from text errors which are apparently being addressed already and are known issues for patches (this review is based on version 1.02 which includes the day one patch), content wise this is easily the best version of Ys VIII. It has all the QOL enhancements from the PS4 version and all the Vita exclusive DLC included. It targets 30fps in both handheld and docked modes and uses a variable resolution to try and hit that target. The variable resolution drops quite low around the main hub area which makes it look really ugly but it holds up relatively well in other areas. The frame rate isn’t locked at all times either and it can drop when needed. These aren’t ideal but the biggest issue for me is the shadow flickering for things in the environment. This is a problem on the Vita version to some extent but it looks really ugly in the Switch release. The lack of touchscreen functionality for UI is also disappointing since the Vita version had this. This port does however support the Switch video recording feature out of the box which is always welcome in action games.

Overall, if you want to play Ys VIII on TV, get the PS4 version by far. The Switch visuals are inconsistent and the framerate isn’t stable in some situations. The drop to 30fps would’ve been fine if it looked better but the variable resolution makes it look quite ugly in some situations. Shadow flickering is a big annoyance. On the portable side of things, this is better than playing on Vita in every aspect but shadows. In fact, I’d recommend only playing the Switch version portable until they patch some of the issues. On the smaller screen, a lot of the issues are less of a problem. This is easily the definitive portable version of Ys VIII. When I first played ICEY on PS4, I was pretty excited to check out what people called the “indie 2D revengeance”. I love Metal Gear Rising Revengeance (LINK TO XBOX JP GAMES) and having played ICEY on PS4, it blended what I liked from it with the meta narrative style from The Stanley Parable quite nicely.

The PS4 port was almost perfect with a few slowdowns and I was hoping to see this on some portable in the future when I reviewed it a year ago. The Switch has allowed this to become a reality and the port is excellent. When it comes to Switch specific features, while there isn’t HD Rumble the vibration feedback is great and this makes the finishing moves even more satisfying. Visually, things look great in both modes and the only complaint I have when it comes to looks is the game icon on the home screen. This isn’t a problem for most people but it looks out of place compared to many of the other nicer looking icons.

Overall, ICEY on Switch is a great port. While I may sound like a broken record for wanting touch screen support for the UI, the real big missing feature here is video recording. Games like this that have you feeling like a badass in combat should have video recording so those special moments can be shared easily. I hope a future patch adds this. If you skipped ICEY before, this is a great way to experience it. ICEY plays brilliantly in both docked and portable modes.

Originally released on iOS and Android before seeing a simultaneous release on PS4, PS Vita, and Nintendo Switch While it isn’t anywhere near the PS Vita yet as a rhythm game heaven (no pun intended), the Nintendo Switch is slowly catching up with games like Taiko no Tatsujin releasing soon and the plethora of rhythm game ports on the platform already. Rhythm games are very popular on mobile and ever since VOEZ launched, more and more are making their way to the Switch but by making an important change. On mobile, most of these are free to play or have tons of DLC. The Switch versions usually cost upwards of $20 but include all songs and get future songs for free. MUSYNX from PM Studios and acttil follows the same philosophy and it is a mostly perfect port of an excellent rhythm game.

MUSYNX has no fluff and wastes no time in bringing you to the music. In fact this might be a deterrent for some with the lack of modes seen in other rhythm games. As a pure rhythm game, this is bliss with a massive song catalogue of music across genres. Since this was on iOS and Android earlier, it has full touch support. You can play and do literally everything in game using only the touch screen if you’d like. The song selection is pretty eclectic and I like how many songs have a full custom interface and notes that slide across the screen.

I did run into one issue where the touch screen didn’t detect a tap in the song selection. This had no impact on gameplay which was perfect. Speaking of gameplay, you can even play this with buttons right from the get go and it plays like the DJ MAX games. This is the best way to transition touch controls to buttons. VOEZ didn’t transition well enough for me but I play that only with touch controls. I wish there was a song select or filter option because as of now I haven’t been able to sort songs.

The developer and publisher have promised free content updates forever which is always a good sign. You can check out MUSYNX for free on mobile but it costs about $30 or more to unlock everything. The Switch version has button controls that are great and it will get more songs for free in addition to the 90+ songs available right now. This is one of the easiest games to recommend to rhythm game fans. I still think Superbeat Xonic is a better overall game for newcomers to the genre, but rhythm fans are likely going to get all the games anyway and this is well worth the money.

Originally released on PC, iOS, PS4, and Xbox One and scored 9/10 The Banner Saga on portable hardware has been interesting. It was supposed to release on PS Vita but was cancelled and then resumed with some help from Sony before being properly cancelled. Since it was on iPad, I didn’t really care that the Vita release was cancelled because the iOS version is a great port. Now, Stoic and Versus Evil bring both Banner Saga games to the Switch and the port for the first game is mostly great.

If you’ve never played or heard of The Banner Saga before, read our review of the original release on consoles above. When it released, I was pretty blown away by the gorgeous art and the excellent music. It really felt like a game ahead of its time and one that introduced a lot of my friends to grid based strategy releases. I think I now own it on every single platform with this Switch version and look forward to the upcoming physical releases.

Overall, this has a few slowdown issues but the ability to play with both touch and button controls in addition to being able to play it anywhere makes this the definitive version of the game for me. If the slowdown gets fixed, this will be a perfect port for me. All strategy and grid based games need touch support and I’m glad Stoic added the great touch controls from the iOS version as an option here. The Banner Saga is a game every strategy fan needs to play and it is available to a whole new audience here in a great conversion here. I hope they announce a Switch physical release soon. This art would look great with the red themed Switch cases.