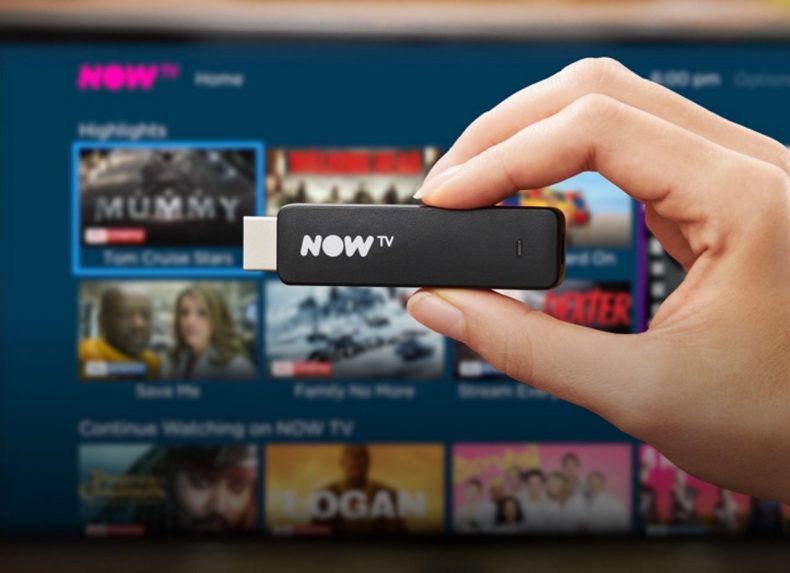 Streaming is such a massive deal now that it’s hardly surprising a company like Sky would want to get a piece of the pie. With services like Netflix and Amazon Prime putting out their own licensed shows week after week, if Sky weren’t prepared and equipped to combat it they’d soon find themselves going the way of Blockbuster.

Subsidiary service Now TV is their answer, a relatively inexpensive service that provides contract-free streaming of Sky’s main Entertainment, Movie, Kids, and Sports channels at a fraction of the price of a full-blown Sky subscription. Up until recently the only way to stream Now direct to your screen without a smart TV has been through little black WiFi-fed Now boxes.

With the advent of the Now TV Stick, this has changed, as their new device offers a budget alternative to the Amazon Fire Stick or them (admittedly more feature-rich) Roku+. For only £15 – £20 before subscriptions, it’s incredibly cheap – but does it suffer from a lack of access to non-Sky services? In a word, kinda.

Whereas the more expensive Roku+ stick allows the use of Netflix and Amazon, the Now Stick has a less robust selection (currently: Netflix is coming later in the year), although it does support BBC iPlayer, 4OD, Demand 5, and a handful of other apps such as YouTube. If you already have a Now box and you’re happy with it, there’s no point in changing, but if you have Amazon through other means such as a console and you want a cheaper alternative to a Sky or Roku+ subscription, the Now TV Stick is a solid choice, especially considering the price of the hardware and the relatively low cost of the individually packaged subscriptions.

The device itself is refreshingly simple to use out of the box, with a USB connector one end and a port for the adapter in the other. It requires a connection to power it, but you can plug it right into your TV if you have a couple of USB ports and power it that way rather than use the provided plug. A cool new feature allows you to control it using voice commands, which is surprisingly competent. You need only say the name of an actor or show and it will scroll through its database to find whatever you’re looking for – a very useful feature when you can’t find the tiny remote.

As I have a Now TV Box in the lounge already, I plugged the Stick into my bedroom TV and I’m happy to report that the distance from the router hasn’t troubled it at all. Shows stream just as smoothly upstairs as down, although this may vary depending on your WiFi speeds and set-up. Again, though, keep in mind that this little device is only going to cost you £20 or less. If there are slight hardware concessions as a result of that, you’re still getting a solid deal that will take care of anyone’s basic streaming needs.

Keep in mind that this little device is only going to cost you £20 or less. If there are slight hardware concessions as a result of that, you’re still getting a solid deal that will take care of anyone’s basic streaming needs.