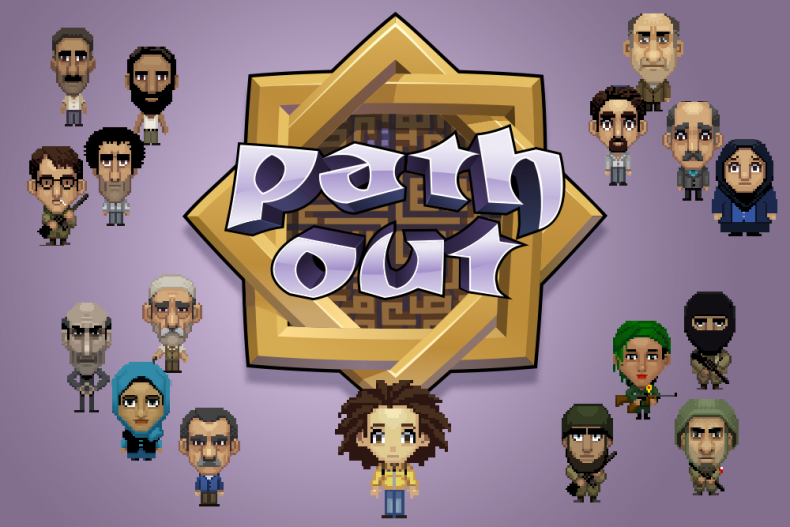 How do you take on a subject like Syria? Wartorn countries and states are difficult to handle and usually result in dark games like This War of Mine or bombastic shooters like Call of Duty and Battlefield; Path Out is a bit different. Created by Abdullah Karam and a small team using RPG Maker, this is an autobiographical tale of Abdullah’s own escape from Syria’s civil war.

First off, it’s got a bit of a wry sense of humour, which is extremely unexpected from a game like this. He jokes about the power cuts always happening before he can save his game, or about the idealised version of his home, and even about his harrowing journey. The game even begins with you essentially having to get him killed, after which he shows up in the top left corner, Youtuber-style, and jokingly chastises you for killing him. This Youtuber commentary is the most unique thing about Path Out, separating it from other games of this type. Not only does it allow Abdullah himself to appear in his game and tell his story, it makes you think about what you’re seeing as you play. The cute, cartoony visuals that are synonymous with RPG Maker can sometimes disconnect players from the seriousness of what they’re experiencing; so when Abdullah suddenly appears in the corner, recounting his version of the events you just played, it somehow feels more important. Even when he’s joking about a dead camel.

The actual gameplay is incredibly basic, with its top-down perspective and restrictive, four-directional movement. You take control of Abdullah in his home, talking to his mother and his uncle, even some neighbours as they all reveal little details about the situation Syria is facing and how trust is at a premium, thanks to its horrendous leadership. The first chunk of the game is spent learning about Abdullah’s own family ties to the protests and rebellion within the country, leading to his eventual need to escape.

Path Out is not a long game, coming in at around half an hour tops, but it’s more of a ‘chapter one’ or proof-of-concept than a traditional game. It’s also free, so it’s not like you can complain about value for money here. This means that the experience feels a little fractured at times, but there is some replayability in that there are multiple ways to go through the game. The important scenes remain unchanged, but it means that the route you take can be quite different. Inevitably however, you will encounter resistance in the form of both ISIS and Syrian forces, but you won’t be fighting them. If you’re spotted, it’s game over and you’ll have Abdullah popping up again, shaking his head at you. The idea is to sneak around these dangers, but that presents extra challenges beyond the avoidance of meeting the business end of an assault rifle; minefields litter the areas surrounding the border. During the night, all you have is a tiny orb of light around the player that shows just one step in any direction. You’ll have to take it real slow, otherwise Abdullah will be there again. “This isn’t funny now,” he’ll state flatly as the explosive goes off.

The story of Abdullah Karam’s escape is an interesting one, worth experiencing at least once. Hearing his own version of events makes you realise how little you know of war and how it directly affects families and young people within the affected countries. While his Youtuber-like appearances don’t always work, sometimes breaking immersion, they are a necessity and it brings Path Out to life in a unique way.

Tackling a topic like Syria is difficult, but not when it’s created by a refugee of the civil war. Abdullah Karam tells his story with surprising humour, and while that doesn’t always work, it still results in the beginnings of a unique war story.