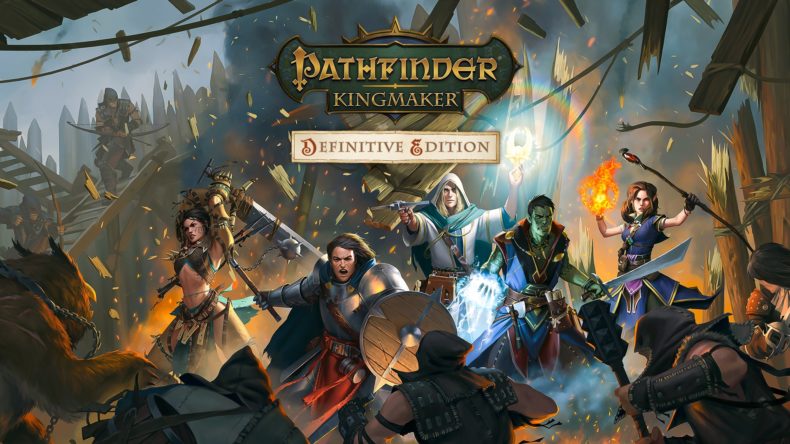 Pathfinder: Kingmaker – Definitive Edition is the kind of old-school RPG experience that will eat up hundreds of hours of your time – and that’s just in the character creator. The scope to create any kind of character you can imagine is huge, and the world you then plunge them into – based on Paizo Publishing’s pen & paper RPG – is vast and deadly.

Hired by Jamandi Aldor, the ruler of the land of Restov to take down the Stag Lord, your hero has glory in their sights. The reward is a Barony, land and riches and power, but all that is threatened when Jamandi’s home is beset by assassins and your hero is tasked with hunting them down – which itself becomes a race against a rival group of adventurers led by a particularly devious halfling.

The story is as compelling as these stories ever get, which is not a denouement but rather an observation on how difficult it is to maintain a thrilling plot while you essentially meander around an enormous world for hundreds of hours, getting into adventures and heading off down tangential paths just to find a new sword or cloak or pair of boots. 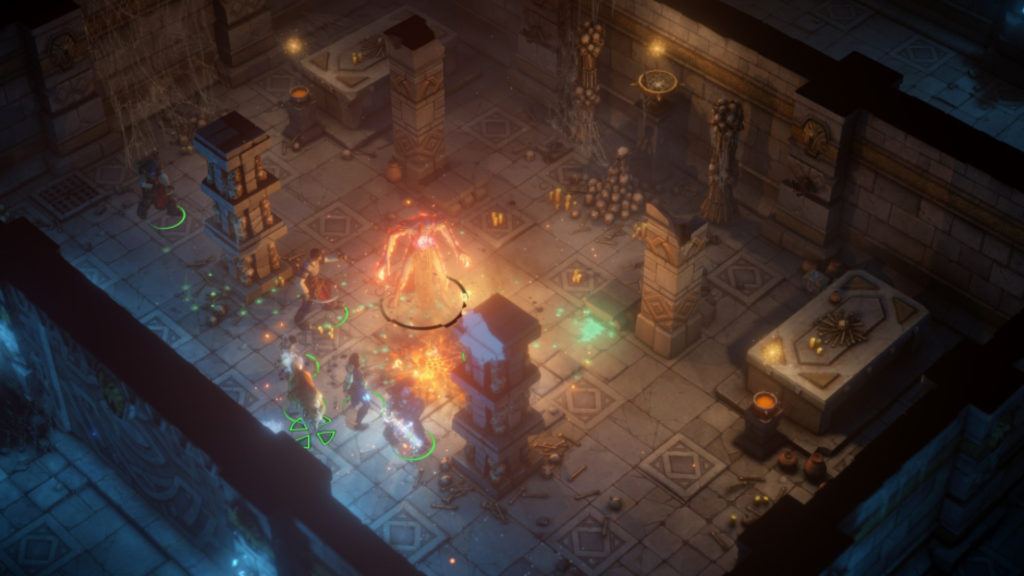 You can mix up classes and races and pick from hundreds of skills to forge your initial character, and dialogue options let you further refine the experience. But the character is only a small part of the experience, as you’ll also be managing your party and a fortress to keep them in as well. To begin with it’s a fairly straightforward quest sim, as you travel a world map, deal with random encounters and make camp to heal and form bonds with your characters. During camp you can assign everyone certain roles, as you’ll need a hunter to find dinner, a cook to repair it, and lookouts to keep watch, all of whom will interact with one another in sometimes surprising ways, maybe divulging traits or hinting at secrets in the world.

When in combat you’ll have the option of playing it turn-based like a more traditional CRPG, or in real time. While you may think this is a question of preference, it’s actually more a question of how difficult you want the overall experience to be. At the lower difficulty levels when you just want to enjoy the story and dominate fights, the real time mode is perfect. Your party will attack based on AI scripts, and use skills, items and abilities at their own discretion. In this mode combat largely takes care of itself, though it can be oddly dull given the lethargic speed of the animations.

In turn-based mode it’s much more challenging, as this is where you can truly micromanage your party in each fight, queuing up attacks and planning ahead, trying to stay on top of every eventuality. It’s genuinely tough at higher difficulty levels, but there are minor balancing issues here and there that may or may not have carried over from the PC version. 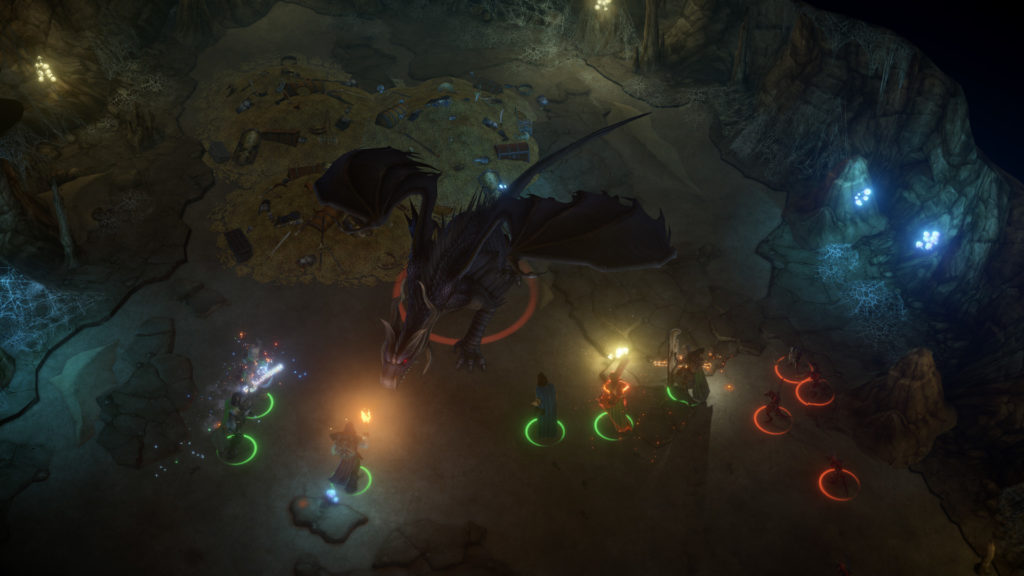 The minute-to-minute gameplay is heavily inspired by Baldur’s GateLarian Studios developing Baldur’s Gate 3 for PC and Google Stadia, as is the world down to the races you can choose from – and the aesthetic of the environments. The biggest departure is in the kingdom-management. After the initial few hours you’ll be placed in charge of your own little slice of the world, along with all the problems that go with it. Unfortunately, Pathfinder: Kingmaker is a harsh taskmaster – perhaps too harsh for it to be considered truly fun. Your subjects can revolt, or run low on supplies, food, or resources.

You’ll find that the only way to really succeed is to save scum every decision, as you’ll often be relying on AI envoys to settle disputes for you which is a curiously strict form of RNG that rarely works in your favour. The kingdom doesn’t pause while you’re off exploring and adventuring either, and you’ll often come home to find the kingdom in disarray and have to struggle to resolve issues that cropped up while you were out dismembering goblins to work off the frustrations of leadership. You never feel truly in control of your kingdom either, as the decision you make aren’t based on your personality or even your character’s traits – you simply do what you’re told you must to keep the filthy peasants happy.

What’s a little weird is that the only way to really enjoy the RPG element is to pretty much disable the other half of the game. Setting it to automatic is the only way to remove the pressures of ruling your kingdom, but the decision is permanent. You can’t disable it while you’re out questing and then come back, you’ll need to start a whole new game. 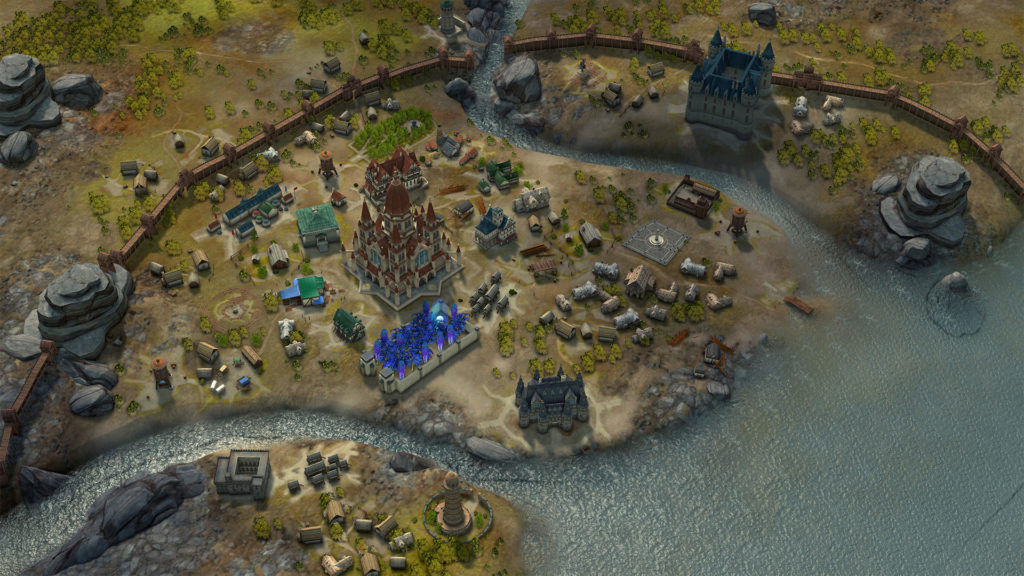 Being a laid-back gamer when it comes to this genre, I was quite happy to play on a lower difficulty with the kingdom management set to auto, but honestly I felt like I was missing so many essential elements of the game. It didn’t feel like I was simply enjoying the story; it felt like I was sacrificing a large portion of what gives Pathfinder its identity – and that’s my biggest problem. I couldn’t fully enjoy it with all the constant management and save-scumming to make it through battles, and it felt kind of soulless when I changed the settings. Maybe it’s simply built to cater more for those happy to face its challenges head on, but I wonder if that’s actually a genuine balancing issue that I couldn’t find a proper middle ground.

I also struggled a little with the controls. It’s difficult to fit such a massive suite of options and controls onto one pad, and so wheels and menus always feature heavily in the console version of PC-centric CRPGs, but Pathfinder’s controls just didn’t feel intuitive. Instead of wheels there are rows of cards to flick along, and it’s just not as smooth or clean as it should be to select inventory or specific character screens. Although perhaps the gravest sin it commits is forcing me to navigate these systems so often just to get rid of useless loot. You pick up so many weapons and items in this game that are utterly pointless (one fight can yield as many as 10 of the exact same low level dagger, for example) that it becomes a little tiring. Which in turn might not be so bad if the animations and movements didn’t feel quite so slow and ungainly. You move slowly in the world and even slower in combat, and it’s not a good feeling in either mode.

Pathfinder: Kingmaker – Definitive Edition is a solid enough port despite a few issues with the controls, but it feels like a bit of an uphill slog if you play it at its default settings. The kingdom management is simply too finicky to be considered fun, and the combat, while tactically thrilling, often feels a little slow-paced and clunky. But the role playing element is wonderful, interacting with your party, travelling the world and making camp, growing your power and refining your character. The PC version, ironically, remains the true definitive edition, but console owners hankering after a new RPG to lose a few hundred hours in could do worse than Pathfinder: Kingmaker.

The PC version, ironically, remains the true definitive edition, but console owners hankering after a new RPG to lose a few hundred hours in could do worse than Pathfinder: Kingmaker.