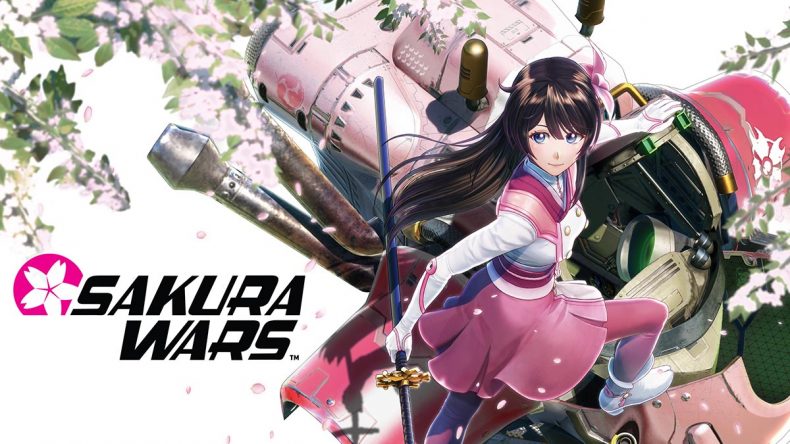 Series reboots come in all shapes and sizes. Bringing a popular (or even lesser known) franchise into a new era of gaming, complete with a shift in direction or genre can often excite new and old fans alike. God of War, DOOM, Resident Evil 7 – the list of success stories is long and varied. Not all reboots come from such well known series however – enter Sakura Wars, back to try and wow a western audience for a second time.

A much more established series in Japan, Sakura Wars follows the adventures of Combat Revue teams. These groups of theatre workers put on shows for the public, while also defending the city from demons using chunky mechs on the side. You play as Seijuro, the new captain of the Imperial Combat Revue – Tokyo’s down on it’s luck branch of heroines. Your role will see you trying to get the theatre back into the black, earning the trust of its all female staff, and charging into battle alongside them.

The Imperial Combat Revue was once the most highly decorated of the world’s demon battling thespians (and were the focus of many of the previous games in the series), but are now the mockery of the crime fighting world. After the president announces the potential closure of the company, it’s up to Seijuro and company to prove their worth at the Combat Revue World Games (which is obviously a sort of mech theatre Olympics). Once you get invested in the characters and setting, the story is fascinating and full of unexpected and emotional twists. You may assume that a game with mech combat would be a fast paced and frantic affair, and that is certainly the case in the combat stages. The majority of the game, however, is more visual novel/RPG based, as you spend time with all of the other combat revue members. For every 20 minute action level, you’ll be spending 2-3 hours listening to Sakura’s self doubt at being cast as the lead, or Hatsuho’s troubles with her family. This time investment in the story really does pay off, as you begin to get a real understanding and connection with each of the teams unique characters.

A lot of staff are needed to run a demon fighting, show performing team, but raising your trust with the five main performers and fighters helps build your strength in battle. Trust is built predominantly by selecting the correct conversation option, or even volume of speech using LIPS. The LIPS (Live & Interactive Picture System) is Sakura Wars’ main way of checking you know how to interact with your crew based on their personalities. Shouting a battle cry at full volume will rouse and impress the team, whereas sensitively asking someone about their past is more likely to yield the musical jingle of trust being earned.

There’s only so long you can talk about the conversation options in Sakura Wars without mentioning the less savoury moments in the story. Every character in Sakura Wars is essentially a potential romantic partner, and Sega have no qualms in making their “assets” the star of the show. In one particular hour of gameplay, there were 3 separate (and unnecessary) bath scenes. The LIPS is also used in these moments that I think of as “pervert checks”. In these numerous (and I mean NUMEROUS) moments, you’ll have to choose if you want to look a girl in the face or directly at her chest, or if you’ll stare drooling at someone searching the lower shelf of a bookcase. You’ll lose trust if you choose to objectify your teammates, so it’s important to not be a lecherous captain. It’s all a bit hard to stomach. Outside of these battles of willpower, you’ll find yourself in battles of mechs and demons. In these stages, you’ll use a fairly simple two button combo system to dispatch a variety of shadowy foes. The battles are rather effective, with flashy special moves, and a focus on dodging with a Bayonetta-style bullet time for a well-timed reaction. The difficulty is on the low side throughout, with some end of level bosses taking one press of the special button to defeat.

In and outside the combat, Sakura Wars just oozes style. The steam punk setting is wonderful, the anime cutscenes beautiful, and the soundtrack is just perfection. Each character has their own theme, and for special moments they add lyrics for extra emotion. When an important story beat hits, and the music kicks in, it’s just magic.

For more style and side content, there are also character Bromides to collect. These little snapshots can be one of your favourite characters, or potentially recognisable faces from the older games in the series. They can be won by replaying the action stages in the simulator and getting a high rank, or winning games of the almost impenetrable Koi Koi card game that you play on your steam-powered tablet. Outside of the more saucy moments, my only issue with Sakura Wars is the subtitles. They often blend in with the background they’re displayed on, and in a game with no English language option being able to read what’s happening is rather crucial.

Sakura Wars is a wonderful and unusual adventure with an absolutely captivating storyline and world. Cringe-inducing lewd content aside, there’s some fun combat and an amazing soundtrack to back it up. If slow paced, narrative heavy games are your style, then Sakura Wars has some Waifus waiting for you.

An engaging tale full of twists and turns, with an interesting way of interacting with the narrative. If you can handle the slow pace and stomach the perverse moments, you'll find a stylish adventure with one of the best soundtracks of the year.