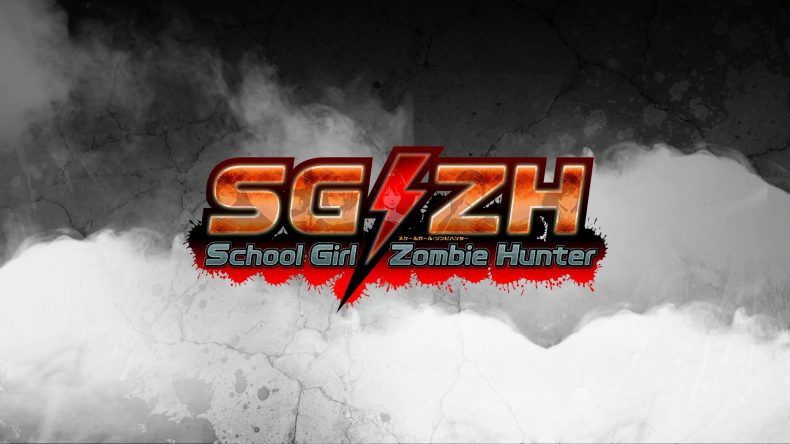 Tamsoft has developed a few games I have enjoyed over the years like Senran Kagura: Estival Versus and Onechanbara Z2: Chaos. While the Senran Kagura games are popular for obvious reasons, I enjoyed Onechanbara because it played like a B grade action movie, but one that was less fun than Earth Defense Force. I even imported Natsuiro High School (Don’t google this at work) and found it hilarious. Ever since School Girl/Zombie Hunter was shown off at Tokyo Game Show, I was interested. The wait for a localization grew painful and Aksys swooped in to save the day. Unfortunately the wait was not worth it here.

As the name suggests, you play as school girls who are fighting zombies. While I do enjoy playing Japanese games, there are some localizations that have me signing up for a review as soon as they are announced. This was one of those games. Set in a zombie apocalypse, a school sees only five girls survive and it is their aim to destroy the zombies. The story is throwaway and while there are some cutscenes and dialogue sections, there’s nothing to write home about. Gameplay is split across various missions that are great for pickup and play while taking a break from something more involving. It is a third person shooter and your aim is to take out the zombies that spawn. There is a slightly steep difficulty curve and you unlock the ability to play on Hard (I’m talking about difficulty) after completing a particular mission. The controls feel awkward as well and I don’t think the person who decided on the button configuration has played a shooter for more than an hour. There is a mechanic involving stripping as well because of course there is. I hate timed missions and some of the endurance ones here pissed me off.

Visually this feels like something left over from the mid-Xbox 360 era. While the girls are designed well, enemies look poor and the environments are bland. The DLC on the other hand is hilariously lewd. I ended up buying two costume sets just to check them out and one of them actually involves just 2 slices of tomato and a cabbage leaf. This is definitely a step up (or down) from the Banana Split DLC in Onechanbara Z2 Chaos. The big problem is in the load times. They are too long for a game that looks like this. Outside of the main campaign is an online mode that allows for co-op school girl action against zombies. I haven’t been able to play a game online since launch so can’t really comment on the netcode. Dialogue is voiced in Japanese only and there are English subtitles. It is decent and does the job. I do miss the English voice acting for maximum B movie immersion like in Earth Defense Force. I will commend the team on the theme song though and general music in the game.

In the end, School Girl/Zombie Hunter isn’t really a great B movie game either. While there is some good stuff here and you’d be able to enjoy this for a bit, there are much better games to buy even to satiate your fan service and B movie-like needs. If you’ve wanted to shoot and kill zombies while playing as a half naked girl, look no further. The fan service and jank will be worth your time. Everyone else should wait for a discount to satiate their curiosity. This is another one of those games that I’m shocked got localized, but I’m glad it did get a release in the West.

School Girl/Zombie Hunter is one of Tamsoft’s most mediocre games that will only hold your attention for a little while.