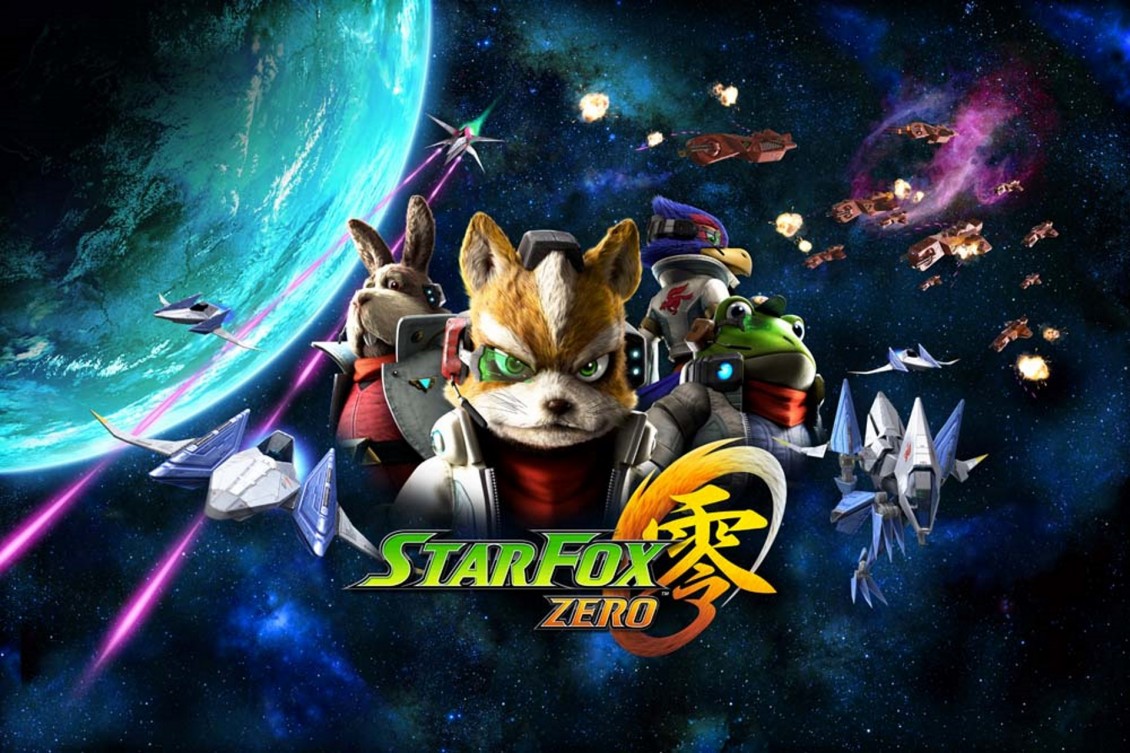 Nostalgia is a powerful thing. It’s equal parts, blessing and curse, but it’s something that Nintendo have done very well to cultivate over the years. Their biggest hits now are the same that ever were, and their breadth of classic franchises are so vast, that they can afford to “forget” many popular characters, sometimes skipping entire console generations, and their return is always a crowd-pleasing moment.

As it is with Star Fox Zero: a product of Nintendo’s fruitful relationship with Platinum Games, and the team that brought you such adrenaline-fuelled outings such as Bayonetta 2 and Metal Gear Rising: Revengeance seem to be the perfect fit to bring the exploits of Fox McCloud and pals to a system that desperately needs all the exclusives it can get.

Fans of the series will be very pleased to know that this is a pure Star Fox experience. No Adventures style, well… adventuring, and no Star Fox: Assault on-foot stuff, and the whole game is light on narrative. In fact, Zero plays out almost the exact same way as Star Fox 64/Lylat Wars does, and the same as the original game for that matter. It’s a mission that once again takes you from Corneria to Venom, finding your way via multiple branching paths towards planets of various climates and piloting multiple vehicles to get the job done. It’s also just as short as Star Fox 64, if you’re talking in terms of playing through from start to finish, but looking at this game on those terms is missing the point. When I finished the game for the first time, I had only found half the available levels, and barely collected any medals. After all, this is a Platinum joint, and it’s all about replaying levels, collecting five medals in every stage through various means, and experimenting to find those alternative paths – plus a fair few unlockables that add further gameplay still.

As for how Zero evolves the series further, that is possibly the most controversial of topics. If you don’t know already, this release is Wii U Gamepad-centric, and heavy on the motion controls. If you played and enjoyed Splatoon’s motion-based aiming, you will feel right at home. If not, you may feel divided on whether gyro controls work for you. The basic controls are mostly “traditional”, with the left stick moving your ship around the screen and the trigger firing your lasers. The right-stick is used to boost and brake, as well as bank left or right, and of course barrel roll) with a double push in either direction. This configuration of maneuvering your craft is a little unorthodox, but it works very well and is quite intuitive.

What will be a dividing factor is aiming your reticle via tilting the GamePad. You can set it to only use motion controls when targeting an enemy using the ZL button, but you can never turn it off fully. Most of the time, the GamePad screen will give you a cockpit view which, combined with the motion controls, allows you to precisely aim your shots. In addition, your reticle is mostly independent of your movement – now, it is entirely possible to fly your Arwing left, while aiming at enemies to the right. It’s at this point you may just realise that the motion controls allow you to do things you could have never done before. Platinum had the foresight to add the ability to quickly re-centre your reticle using the Y button, which ensures that the motion controls are as user-friendly as possible. Ultimately, it works and allows Zero to stand apart from the previous games, which is not to ignore the fact some people hate motion controls: to enjoy this, you’re going to have to get past that. Another evolution involves the viewpoint. Star Fox was always known for a behind the ship view, and that returns here alongside the cockpit view which now resides on the GamePad (the TV and GamePad views can be swapped with a press of the minus button). A third view is occasionally forced upon you, or activated when in open areas by pressing the ZL button. This external view focuses on your a target no matter where its location is in relation to your ship, and initially becomes an annoyance, before eventually being one of the most useful tools in your arsenal. Being able to turn the table on a pursuing enemy by seeing where they are and how you can maneuver around them adds a dimension to dogfights that was never there before.

The Gamepad also enables a few other neat additions. The original voice cast of Star Fox 64 returns to record various sound-bytes, many of them almost identical to that of the 64-bit game. It’s nice, but you’ll only hear the dialogue if you have the GamePad volume turned up, because it offers a pseudo-surround effect which is actually quite clever. Provided you aren’t using headphones, while playing the game, you’ll hear dialogue from the right as if you were hearing a headset. It’s subtle, but it really works.

There’s also a co-op mode, where you can replay any completed level with a Gunner using the GamePad to aim and take fire, while another player can use a Wii Remote or Pro Controller to pilot the ship. A small, almost meaningless addition, but a fun one in any case. You can scan in a Fox or Falco Amiibo to unlock two new craft: a retro-themed Arwing that cannot lock-on, but has a powerful charge attack, and a Black Arwing that can lock-on to multiple enemies but takes three times the damage. These are cool new additions that can also help in getting some of those high score medals.

It’s not all about Arwings though, The Landmaster returns for ground-based missions and is eventually replaced with an even better land-based vehicle, while the standard Arwing can now transform into a Walker, a craft originally intended for the cancelled SNES Star Fox 2. It’s possible to morph between the two for finding new paths, hitting switches and hacking into machinery (don’t worry, no mini-games here, you just run into a green pad and the game does the rest). The brand new Gyrowing changes the pace considerably, as this gyrocopter controls very differently, and can also release a R.O.B.-like Direct-i droid that can retrieve items and hack terminals.

It’s very easy to criticise Star Fox Zero for the sense of déjà vu, throughout. This is a game that is basically Star Fox 64 remade for the Wii U. There may be new planets and the existing ones may not play out the same way, but the narrative is pretty much the same, as are a few bosses and enemies. As fresh as the new mechanics are, you can’t help but feel a little deflated by the initial length and familiarity.

But for the most part, this is the Star Fox game that fans have waited for since Star Fox 64. The gameplay is intense, exciting, and knows when to invoke the past, while adding plenty of fresh ideas and changes of pace to ensure that each playthrough is well-paced and full of surprises. This is a game based purely on nostalgia, but the motion controls help elevate Star Fox Zero to something beyond a simple retread, although not everyone will appreciate that.

Star Fox as it should be.
Excellent Gamepad support
New controls work great.

Setup is a little too similar to Star Fox 64
Visuals are a little unimpressive
Too short to get from start to finish.

It’s a little short and familiar, but forget Adventures, Assault, and Command, this is the Star Fox game that we should have got a long time ago.