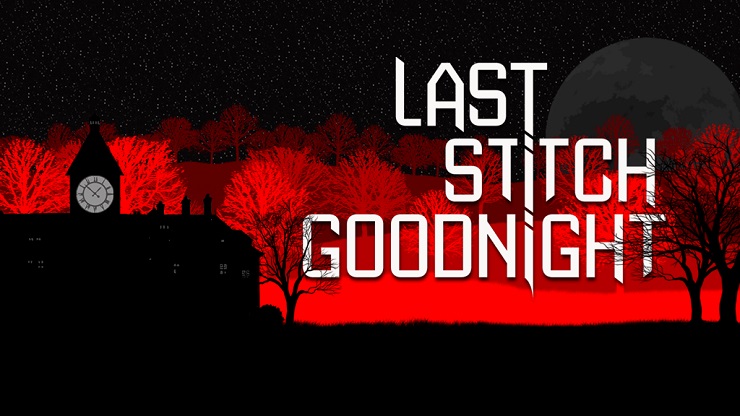 The PlayStation Store page for Last Stitch Goodnight defines it as an action-adventure platformer; terms that could describe any Metroidvania-style game and simply don’t do this one justice. I say that because failing to mention the game’s intriguing and complex story is leaving out a huge chunk of what makes the experience so unique and enjoyable to play and, while there are platforming elements, combat certainly takes centre stage here.

The plot is laid out early with your character injected and abducted from a hospital bed by the mysterious Dr. Dooley. Upon your awakening, the threat of experimentation begins to loom, but thankfully, his assistant Lon takes pity on you and provides a screwdriver to help you escape. It is then revealed that your cell is situated within the depths of an enormous mansion containing everything from libraries and games rooms to morgues and catacombs. From here, you’re in control of the Paper Mario-esque 2D main character and can begin to methodically explore the three-dimensional house’s environments in an effort to discover their secrets. As you do so, the action is periodically interrupted by dialogue-heavy cutscenes that keep the plot moving and reveal the twisted history of the mansion and the few main characters. Progressing through the house will also see you come across new tools that double as weapons, and unnatural abilities that permit entry to new areas and assist in the battling of the house’s many residents.

When I say residents, of course I don’t mean some nice, normal people who’ll be happy to assist you on your quest. Instead, the mansion is chock full of Dooley’s employees and a whole host of their attempted experiments into the creation and unnatural prolongation of life itself, most of which will try to kill you. While that may sound rather unpleasant, it does mean that there’s a wide range of enemies to be encountered which often require different approaches to defeat than simply whacking them repeatedly with a screwdriver; some will launch projectiles to be smashed or jumped over to avoid damage, while others necessitate well-timed dodging to get in close for an attack opportunity. This variation ensures that combat rarely gets boring even when it’s limited to simply attacking, dodging, jumping and throwing grenades, in limited supply. The game’s eight bosses are the highlight though and, in fact, are some of my favourite in recent memory, with most requiring some form of mid-battle problem solving to determine their weakness before they can be defeated. There’s actually an entire section of Well Bred Rhino’s website dedicated solely to hints on how to beat the bosses, so I feel no shame in saying I found many of them rather tricky. Once you manage to defeat them of your own accord however, there’s an incredibly satisfying feeling of having slain a monster and solved a puzzle all at once.

I realise that I’m making Last Stitch Goodnight sound like a dark and gloomy number but in reality, the art style of the characters is colourful and cartoonish with the three-dimensional environments sharing these traits. The tone also kicks off surprisingly light and somewhat confused, with your character making regular, though rather poor attempts at humour during an opening that could be ripped straight from an Outlast sequel. Thankfully, this calms down as the game progresses and the comical moments become more welcome as they spread out and take you by surprise later on.

I started Last Stitch Goodnight unimpressed with its attempts at humour but after four and a half hours of basic yet varied combat, unique boss battles and intriguing story, I finished with a much more positive outlook.