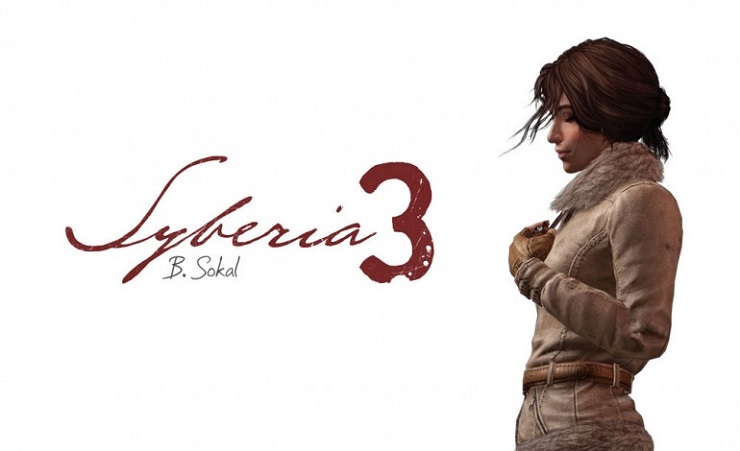 It’s hard to believe that it’s been 13 years since ex-lawyer Kate Walker’s escapades in Syberia 2. Fans have been itching for the continuation of the critically acclaimed point-and-click series since its announcement back in 2009 and it’s finally here after a somewhat rocky development cycle.

After the explosive events of Syberia 2, Kate finds herself rescued from near death in the frozen wilderness by the Youkol, a nomadic tribe trying to find their way across eastern Europe with their snow ostriches as part of an ancestral migration. She wakes up in hospital and offers to help the tribe and its ostriches, not realising that they’re being stalked by a mercenary military commander who will stop at nothing to upset the apple cart. The storyline stays true to its roots and matches the eccentricity and personality of its predecessors – something long-time fans will no doubt love and enjoy. Despite this, it picks up from where Syberia 2 left off and it’s one of those narratives that assumes you’ve played the other titles in the series beforehand. This is usually to be expected, but when there’s a 13-year gap between games and a possibility that newcomers might buy the game assuming they’ll be shown a summary of previous events, a little bit of background information wouldn’t go amiss, even if it was just a wall of text shoved away in a menu somewhere.

In terms of gameplay, Syberia 3 is a third person point-and-click with a style somewhat similar to that of a Telltale game: simply move Kate with the left stick and interact with the surroundings using the face buttons. There are a plethora of different environments to be explored throughout, from an amusement park, to a ship and an ancient temple, and each offer their own unique challenges and puzzles you must solve in order to progress. Exploring the varied locations is enjoyable for the most part but sometimes navigating an area to find an item can prove difficult since some areas are particularly large, making the object you’re trying to find a needle in a ridiculously oversized haystack. If it’s one thing the series is known for, it’s its variety of challenging puzzles, but Syberia 3 sadly falls short on that front. Most require almost no thinking at all and mainly consist of finding certain objects throughout the environments and piecing them together or operating machinery. If you do struggle with a puzzle, there is an option to enable extra hints that help you solve them, but it’s difficult to see anybody ever needing to use them since they’re a walk in the park. But as unimpressive as they may be, be warned – they’re also paired with clunky controls and a serious lack of precision which results in a very tedious time.

The main thing that casts a giant dampener over the whole experience, though, is the visuals. Oh God, the visuals. If you’re a fan of chugging frame rates that stutter every few seconds then good for you because you’re in for a real treat with this one. With an average of 25 frames-per-second that dips to 10fps more times than I’d like to count, it’s simply one of the worst performing games I’ve seen in a long time. The only solace in this graphical nightmare is the system menu which runs at an oddly-smooth 60fps – not something most people care for. As if this wasn’t enough, the audio also skips frequently, the subtitles fail to match up at times and the lip-syncing is totally off for the most part. It’d be almost laughable if it wasn’t so frustrating because it isn’t a bad game – it’s just ruined by being a massive technical mess.

I really wanted to like the game but I couldn’t and found myself wanting to bang my head against my desk after just two hours. Woe is me for having to sit through all 13 hours of it. If you’re a fan of the Syberia games and can get past the stupidly easy puzzles and ridiculous graphical faults then you might like Syberia 3. I don’t think the game has any place for newcomers, though, since the only redeeming feature is the fantastic story, but without any recap element there’s only room for confusion and bewilderment unless you read up on the events of the previous games first. I can’t help but feel that the Syberia series was better off left in the past instead of giving it a send-off it really doesn’t deserve.

Syberia 3 isn’t a bad game by any means and offers up an immersive story… If you can make it past the horrific graphical hindrances that is.