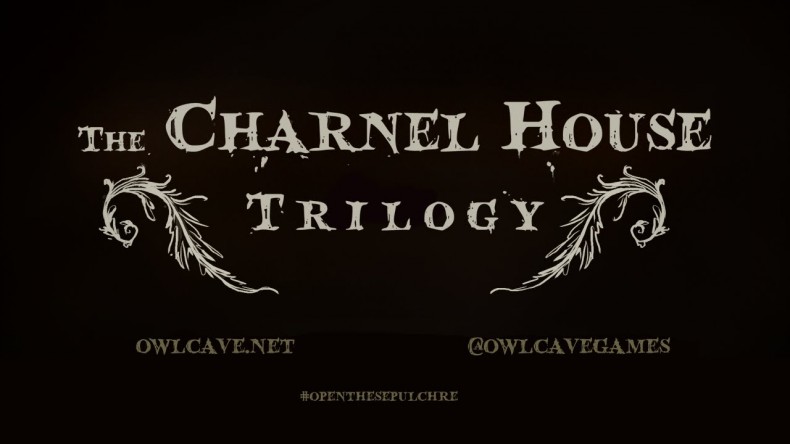 I can’t tell you anything about The Charnel House Trilogy. Not really, anyway. It’s an experience that is so narrative heavy, that to give away any part of the plot would devalue it for you, the reader. But most of it takes part on a train, I’ll say that much. It’s broken down into three parts (Inhale, Sepulchre, Exhale) and the finale is the longest part, with the other two taking roughly fifteen minutes each.

But it’s breathtaking at times, and so beautifully written that by the end of Sepulchre, I was all-in, diving straight into the third part. It centres on two characters, and it’s essentially an old-fashioned point and click adventure, one that requires you to interact with objects, pick them up, examine them, then use them on things. You know how these things work by now. Tonally, it’s dark, but it’s not a horror game. In fact, there are moments of humour early on that, admittedly, are fairly internet-in-jokes in style – but hey, you’re reading this on the internet, so there. It deals in human emotions, and has some interesting voice actor choices. Peter Willington (he of AppSpy fame) and Jim Sterling (Jim Fucking Sterling) both appear, with lead Alex Davenport performed by Madeleine Roux. The nature of how The Charnel House Trilogy has been made means that nobody got together in a booth to record their dialogue, thus the audio quality, while fine, does vary character to character.

Elsewhere, Jack de Quidt (The Tall Trees) provides a large volume of the musical work, but it’s only when you see the credits rolling that you realise quite how much of it there is, which is a credit to the quality overall. Everything here feels just right, though the writing shines brightest of all. Witty, and with a full understanding of what it wants to convey, things aren’t quite black and white enough to leave you with full closure, but the main beats are resolved (sort of, look, just play it – okay?), leaving just enough wiggle room to stimulate debate: this is a water-cooler story, one you’ll debate theories over with friends and colleagues. Don’t expect 1080p visuals, though. You can go full-screen but it doesn’t look great. Best played in a windowed fashion, there’s a charm to the art style that belies the budget – it’s simple, but effective. Despite not being the biggest universe to explore (though the overarching one seems fascinating), you’ll want to delve through every pixel on screen, mostly because you won’t want to miss any additional info that may be hidden.

The biggest compliment I can give is that I want more. It doesn’t take much more than 90 minutes to see everything on offer, but it also feels the right length as well. A meaningful, deep and interesting story with twists that will leave your neck-hairs standing on end is here for all to enjoy, and while I won’t pretend you won’t some of the plot coming (though not much of it), it’s still one of the most interesting stories I’ve played in ages. If you’re a PC gamer who gives even half a damn about storytelling in games, this is a must buy.

Pretty short.
Visuals will put some off.

A superb piece narrative experience that never outstays its welcome, but does leave you wanting more.