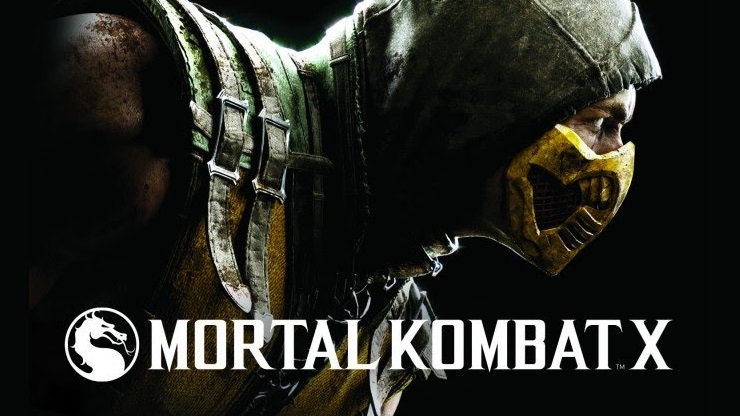 Mortal Kombat has always been utterly bonkers, but if you’d told me in 1992 that I’d be performing quick-time event fights during cut-scenes of the story mode of MK, it’d have probably blown my young mind. But that’s what your first interaction with MKX’s story mode is: QTEs. It’s the kind of thing that has a bizarre, yet rapid affect on you. Initially, baffled and bemused, wondering why on earth you’re having a QTE fight instead of an actual fight, in a fighting game. Then, Johnny Cage does the splits and bangs Sub-Zero and Scorpion’s heads together, and the laughter comes. It’s ridiculous. Actually, no: it’s stupid, and they’re still sticking with the “K” motif, but that’s okay – it’s all okay.

It mostly stays the right side of cheese (though there’s a whopper right near the end), and there’s some decent voice acting at times, like Ashley Burch (Chloe from Life is Strange) giving us her take on Cassie Cage. The story jumps around a bit, going 25 years into the future and showing us grey-haired combatants and their children, who then have flashbacks to their earlier lives, but it’s all your typical good versus evil shenanigans. Oh, and special mention goes to Jax for naming his daughter Jacqui – brilliant. For a fighting game, the roster feels average at 24 characters. For a Mortal Kombat game that revels in showing you so much lore in a superb story mode, bringing with it multiple unplayable (yet well-known) characters, it feels a bit stingy. The list includes: Baraka, Sindell, Rain, Smoke, etc – it feels like we’re being prepped for DLC. But there are worrying signs elsewhere, too. The Krypt returns (where you can spend earned Koins on unlocking extras, concept art, etc), where I was met with an unlock named “skip fight”. The story mode cuts its cloth across multiple chapters (just as in MK9 and Injustice: Gods Among Men) with each having you take control of a set character. You may be familiar with Cage as a starting fighter, but Kotal Kahn plays vastly different (and incidentally, was my least favourite chapter), lacking the speed and grace of Johnny or Cassie. The skip fight option means that if you’re not having fun, or are stuck, you can jump past it without fighting. I don’t like this idea at all – you wouldn’t have a “skip level” option in a shooter, would you? – and it’s not the only thing here that isn’t cool.

Fatalities are what made Mortal Kombat famous, in many ways, and the seeking out of those elusive commands were secrets you learned from your friends. Now, in the modern day, the commands are all over the internet before it’s even released. Here, you can use tokens to use “easy fatalities”. It’s abhorrent, but these involve simply holding a trigger and hitting a button to activate. You can purchase this currency for real money via your chosen network, and while it’s completely optional, it’s a worrying trend to see micro-transactions in a full-priced fighter, allowing skill to be replaced with disposable income, because it’s a loop that’s designed to make you want to pay. Use the “unlock everything” Krypt micro-transaction and you’ll get loads of everything, but what about when you run out of “easy fatality” tokens? And that’s before we get onto the fact the game hits you over the head by having Goro in the character selection screen, but telling you to “PRESS X TO BUY GORO”. It plays very well, though, as you’d expect. Offline, whether in story mode or local-multiplayer, you can be sure of a great time. Online, despite some matchmaking issues and lengthy times to find a game (which is probably in part thanks to the region locking on PS4), the fights are smooth enough, but I felt like there was definitely some latency issues that affected responsiveness. Worried it was just me, I consulted friends playing the game, and they confirmed that feeling. Matching to an opponent seems generally a bit off to me, and I’m not sure having a first-time fighter face against someone with fifty fights and a good win ratio under their belt is a good way to make them want to come back for more.

MKX also feels faster than ever before. Whether that’s down to the frame-rate or a retooling of the characters, I’m not entirely sure, but it looks and feels good. The kombos are easy enough to string together, but the depth comes from juggling, and keeping your opponent on the back foot, never allowing them room to breath. Fatalities and X-Rays are more gruesome than ever, in fact there’s an argument to be made that they’ve maybe gone too far. Some are creatively bereft (how many start with arms being torn off?), where others are horrible. Maybe I’ve just gotten squeamish as I’ve aged, who knows. But playing with friends changes this, and the disgust turns to laughter at just how obscene and ridiculous it is. Mortal Kombat has always felt unfairly maligned as the less-hardcore of the fighting genre to me, but there’s more depth here than ever before. Being able to EX-throw people is new (it allows you to sort-of cancel out of the throw, leaving them vulnerable for a follow up) and is something that good players will be able to punish with, while the new breakers add the ability to easily counter at the cost of some of your energy. You might be saving up to use that X-Ray, but if someone is pounding on you and it could change the outcome, burn that meter and get out of their kombo. Each fighter also has three styles now, which add variations to what they can and can’t do.

Thankfully, NetherRealm have thought of those not wanting a traditional online experience, and have introduced Living Towers. Instead of climbing a simple ladder, here there are hourly (thing of these as daily challenges), weekly, and premier towers which will change, offering variety for as long as they choose to support it. Test your Luck also returns, throwing modifiers at you which will challenge even the seasoned pros. Factions is new, and asks you to select a grouping when you first start the game. Everything you do will add points to your chosen faction, with the winning team getting a Faction Kill as a reward. It’s a nice touch that helps you feel as though you’re working towards something in a meta-game fashion, but it’s not game changing.

MKX presents itself exceptionally well, with classy touches like players walking away from the fighter select screen as though they are ready to fight. Little things like Erron Black’s X-Ray bullet having his foe’s name on it regardless of who he’s fighting make it feel quite special, and the environmental attacks (taken from Injustice) are suitably daft. Fancy picking up a granny and smashing your opponent for considerable damage? Yep, that’s a thing.

It’s brave of NetherRealm to move from rebooting the series to creating a new story for a new game, and it’s successful thanks to the faster combat and the smoother gameplay. Disengage your brain and MKX is a riot of daft fun and solid mechanics – it’s simply a great fighter. The importance of the compelling story mode really cannot be undersold, because it’s something that others should be noticing, and emulating. Mixed results in the online arena (though it’s always more fun locally, anyway) show that there’s a game that will have some phenomenally good players kicking the arse of us scrubs, but there’s a decent amount content for everyone else, too. By fully embracing all that is Mortal Kombat, and reveling in taking it seriously, NetherRealm have created another excellent game.

In-game purchases are in your face.
Online isn't perfect, and is region locked on PS4.
Fatalities may go too far for some.

Shiny new visuals and plenty of content, MKX's story is a riot with great gameplay to go with it. But there are worrying signs within.

Apex Legends Mobile shutting down in May
Inkulinati tips | 8 helpful tips to get you winning quickly
Inkulinati best unit guide | Pick the right units for the job
Dead Space | How to get your deluxe edition suits
How long to beat Dead Space (2023)
Forspoken | How to get Frey’s cat familiars
How long to beat Forspoken
Social Media
SUBSCRIBE
All content copyright GodisaGeek.com
Fonts by Google Fonts. Icons by Fontello. Full Credits here »
Posting....