The Evil Within: The Assignment Review 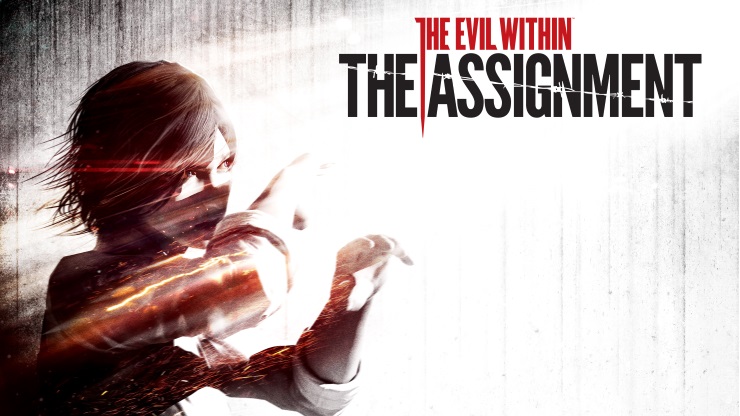 Right from the get-go, it’s apparent that The Evil Within’s first DLC is a departure from the original’s run-and-gun attitude towards combat. Shrunken down from the gun-toting Senior Detective Sebastian Castellanos to an able-minded but empty-holstered Junior Detective Juli Kidman, The Assignment looks at The Evil Within from a new angle as you navigate terrifying settings and avoid some frightening new monsters, all the while having nothing but a flashlight to defend yourself with.

The Assignment’s three hour story runs parallel to that of the main story, filling you in on what Juli Kidman was up to during after the initial crash at the beginning of The Evil Within.

The game feels very Alan Wake in this sense, shining your beam of light across markings on the wall to make doors appear, notes materialize, and what not. The emphasis is completely on stealth, which makes The Assignment even more nerve-wracking than the original – knowing that if you’re spotted by an enemy, the only thing you can do is floor it out of there. No guns, knives or traps: only a solitary flashlight and a pair of kitten-heels are at your disposal, which are an absurd choice of footwear for trying not to get eaten alive by a monster with a floodlight for a face. Not only do they click incessantly but I’m pretty sure they’re the reason that you can only run mere meters before collapsing into a wheezing mess.

What Juli can do is distract enemies by calling out, throwing objects to create a ruckus, as well as taking cover behind walls to sneak past those enemies that refuse to shift. These mechanics work well to drum up the suspense and give the impression of being hunted, but are held back by The Evil Within’s rather rigid controls, as they can sometimes result in accidentally slipping out of crouch and getting spotted, which is as frustrating as it is anxiety-inducing. The stealth attack introduced in the latter half of the episode is difficult to carry out, but makes you feel less powerless against enemies.

The environments contained in The Assignment surpass those of The Evil Within, thanks to masterful design that adds to the sense of dread and claustrophobia. Every detail from the grimy, repugnant scum that covers the floors and walls, to the luminescent hospital lighting has been perfected and ultimately makes the environments one of the best aspects of the game.

The enemies in The Assignment have clearly been hand-picked from the imagination of Shinji Mikami, their design being endlessly frightening and as gory as ever. Reminiscent of the beasts found in Resident Evil, they make for perfect inhabitants of this twisted world and certainly haven’t gotten any less terrifying in the five months since it was released. The only criticism of the enemies is their lacklustre AI: chases left me feeling unfulfilled, as the creatures tend to get confused and are easy to lose. Despite this, it’s pretty much one-hit kills all round so you’ll want to avoid confrontation at all cost.

The Assignment is a worthy addition to The Evil Within. It pulls off its scares in a totally different way, despite some sticky controls at times. Being equipped with nothing more than a flashlight may feel like a cliché, but Tango Gameworks make shake off all those feelings as you explore their masterfully crafted world of nightmares. Juli Kidman makes for a more realistic and likeable protagonist than Castellanos, too, even if only by a stones throw – but an improvement nonetheless.

Masterfully crafted environments.
Stealthy gameplay is a refreshing change.
Enemies remain as scary as ever.

AI can be disastrous at times.
Sticky controls detract from stealth immersion.

Horrifying environments and enemies keep you on your toes, but a few choice mechanics can be frustrating and detract from immersion.