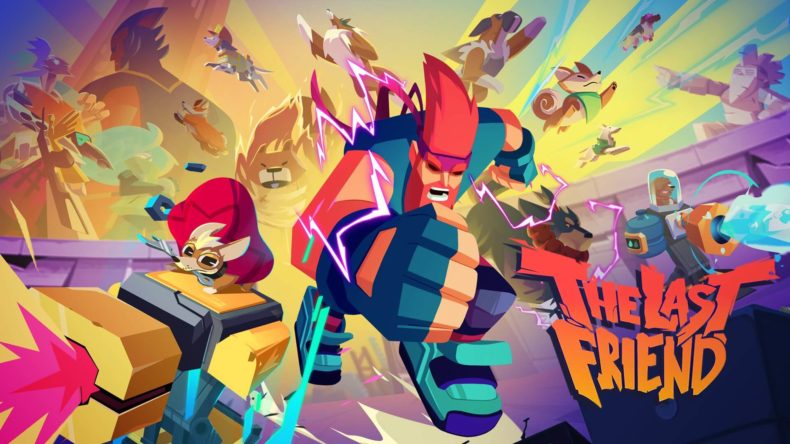 It’s a universally accepted fact that dogs are the best. Anyone who has a dog will tell you that dogs are better than people. And most people would sacrifice things for their dog that they wouldn’t sacrifice for another human being. In The Last Friend, your burly, punchy protagonist, Alpha, will stop at nothing to rescue his doggy buddies.

Essentially a tower defence game, The Last Friend sees you embark on a post-apocalyptic road trip in a huge RV alongside a talking chiuahua with a bunch of high-tech gear, on a quest to free imprisoned pups from the clutches of maniacal mutant dog-nappers. Get your mind around that lot for a minute, but rest assured the gameplay is refreshingly simple. 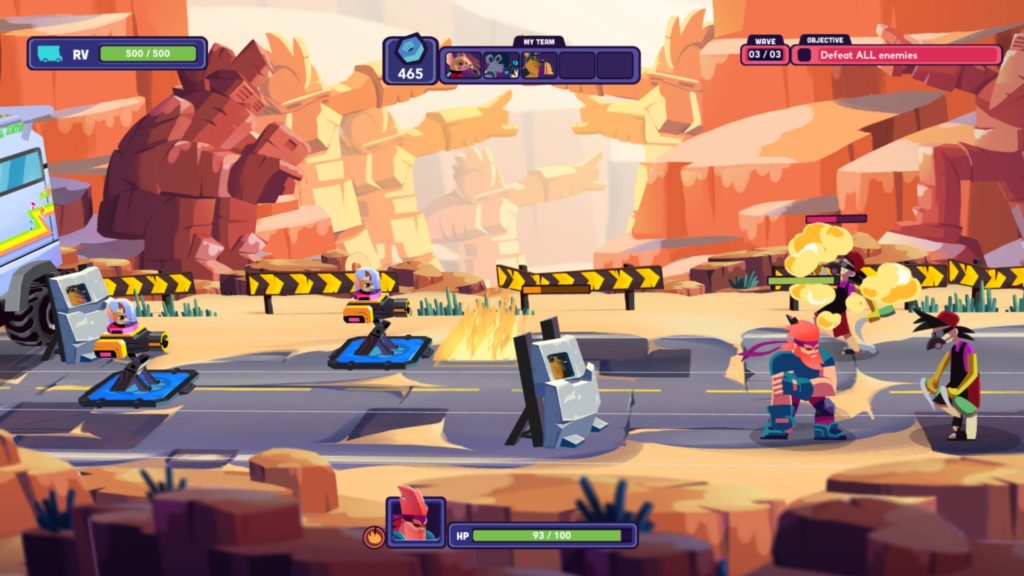 There’s a build phase and a combat phase, and that’s it. You spend the former laying down defences such as turrets and shields, and the latter punching, kicking and ground slamming your way through goons. Okay, there’s a bit more to it, but really it’s the kind of cathartic fun that doesn’t need to be complicated. You have dogs that hold barriers, dogs that fire turrets, and dogs that provide buffs and defences when you need them.

You’re limited to how many hounds you can take into a level, so there’s an element of strategy. For example, some dogs can squirt water, which can slow the enemy advance and put out flames. Some can heal you when you stand close to other dogs. Super dogs can actively affect Alpha himself, by increasing his attack power, for example, or boosting his speed. It’s a cool system, one made slightly tougher by the fact you have limited resources with which to buy defences. 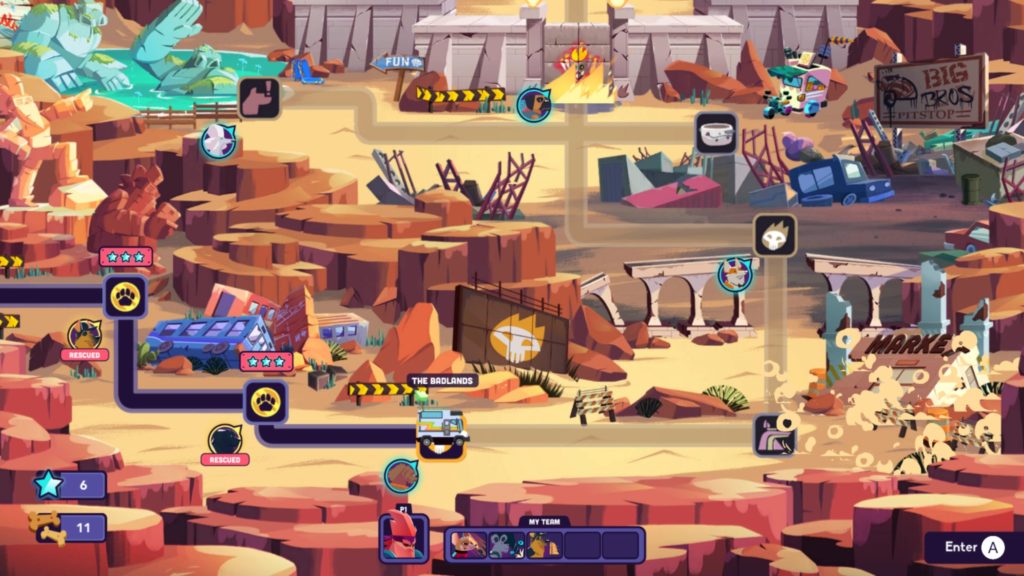 Combat is also pretty straightforward. Light and heavy attacks, simple combos. It risks becoming a little tedious level after level, but a spread of different enemies makes it more palatable. And you have to keep an eye on your RV, repair or replace damaged defences, and collect as much scrap as possible. There are also special levels in between, such as attempting to clear the road for the RV during a sandstorm, or boss fights that will reward you with new abilities but up the challenge by restricting which dogs you can take in with you.

While there is a story, it’s not much of a focal point. The dialogue is occasionally hilarious though, littered with pop culture references and in-jokes. Of course, the true fun comes from mixing and matching your furry friends, who you can rename, by the way. There are lots of different tactics and strategies, and multiple stops along the road to freedom.

When you make camp you can spend quality time with your pooches, petting them and getting to know them. Your talking chihuahua, T. Juan, acts as the brains of the operation in many ways, but you’ll slowly find that the other dogs start to make sense to Alpha as you progress. Here you can also upgrade your RV, improving its defences and overall survivability for life on the road. 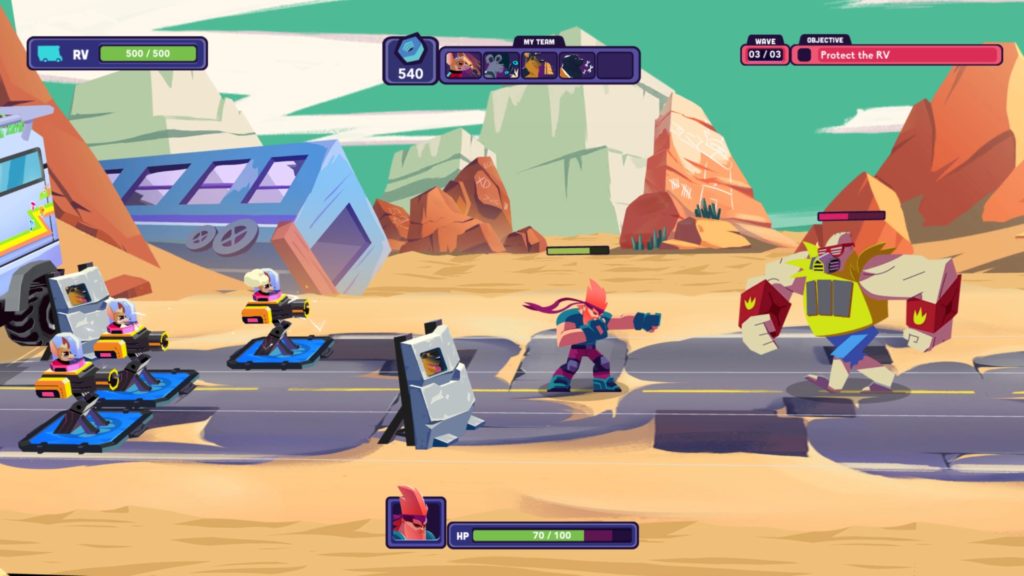 There’s very little to complain about in The Last Friend. It’s simple enough to jump into for five minutes, but just complex enough to keep you thinking about it when you’re done. The difficulty is incredibly balanced, and the gameplay changes regularly enough to avoid becoming boring or staid.

It’s perhaps a better fit for the Switch, or even mobile, than the PC I reviewed it on but that’s hardly a negative. All in all its just a very likeable, charming little game with some funny dialogue, a big pile of lovely fluffy doggos to fall in love with, and a pleasant art style that makes the whole thing seem refreshingly sweet and light. Any dog love will get a kick out of The Last Friend.

Looks great
Dogs are the best
Deeper than it looks

Could become repetetive
Soundtrack can grate

The Last Friend is a likeable, charming little game with some funny dialogue, and a big pile of lovely fluffy doggoes to fall in love with.