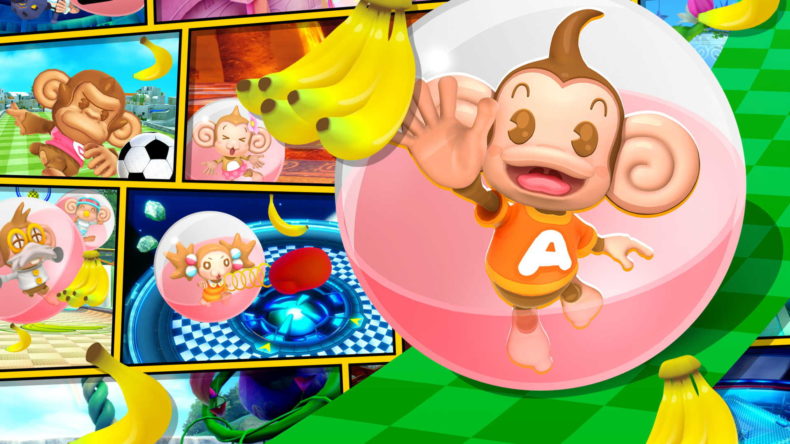 Super Monkey Ball: Banana Mania has answered the call. This cruel, miserable world needed monkeys encased in balls again, and monkeys in balls at their very best since around, 2005? It may be a bit different from its arcade roots, as I will explain down the windy banana-laden track of this review, but what we have here is a terrific package that will keep you rolling around happily for a fair old while.

Essentially Super Monkey Ball: Banana Mania serves as a beefed up version of Super Monkey Ball Deluxe, a greatest hits of everything SEGA’s classic franchise has put out before. Included are all of the levels from the first two outings in the series, along with a dozen of the semi-iconic minigames, and a few choice extras pinched from different titles over the years.

For the uninitiated, the core gameplay is extremely straightforward. Designer of the arcade original Toshihiro Nagoshi had wanted to create a back-to-basics coin op of unrivaled simplicity and playability, to prove that you could still have a hit in that medium without going bonkers graphically or spending a colossal budget. He was right. You tilt the world itself on its axis in order to guide a monkey in its ball toward a goal, collecting bananas as you go, whilst trying to avoid going over the edge into oblivion. 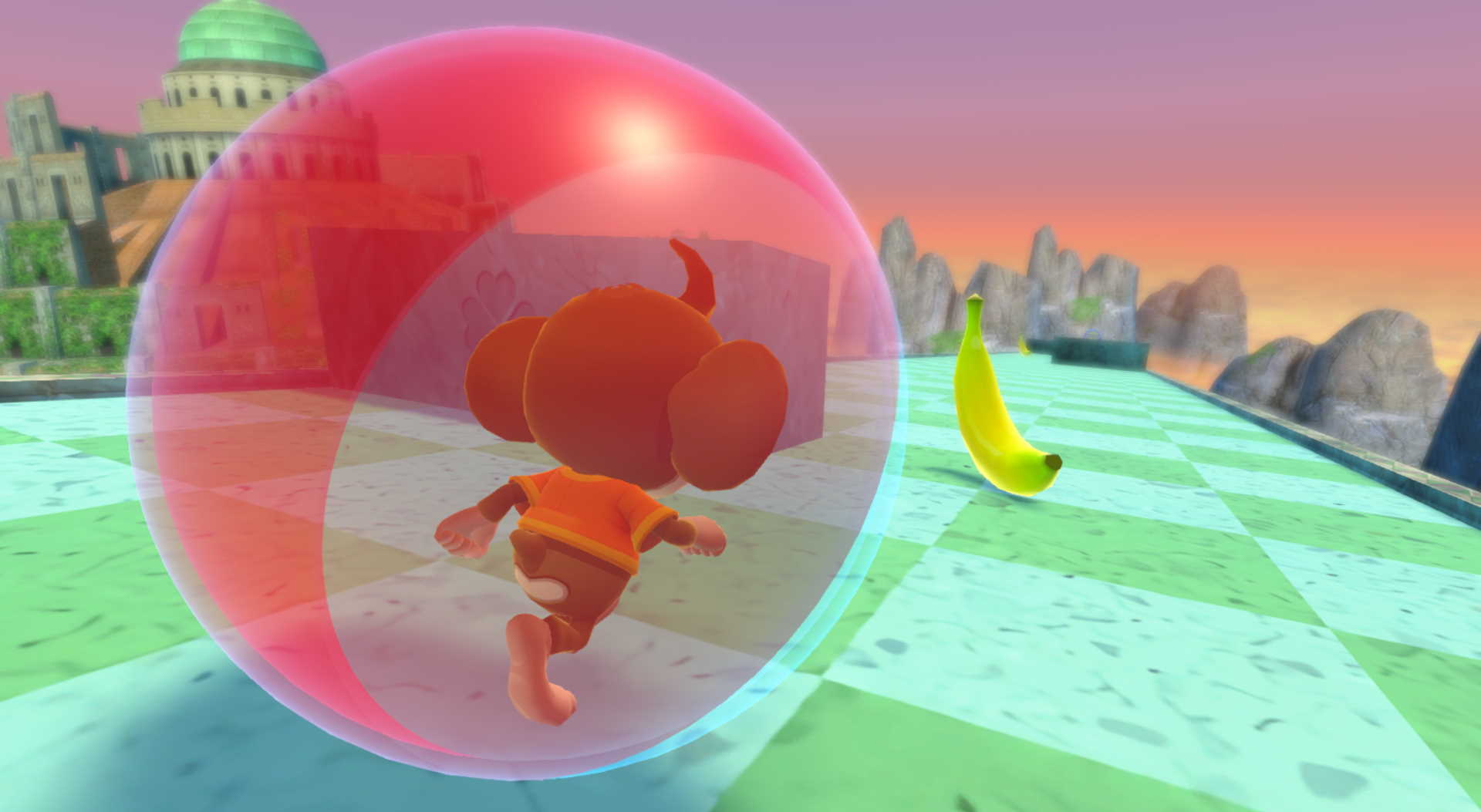 It is fast, fun and can be extremely difficult. But it is fantastic, and the plethora of imaginative levels from the brilliant first two games are as addictive to beat, best yourself and even exploit, as ever before. The time-honoured sense of speed is in complete effect and things zip along smoothly at 60fps. The physics feel ever so slightly different to the original, and this will not be an issue for newcomers – but for Monkey Ball heads it will be noticeable, even more so in the minigames. But it doesn’t take long for you to get your head around it.

The same compulsive “one more go” feel is the same as it ever was. Time Attack is perhaps the purest distillation of this, and remains a favourite. There are some cool new unlockable challenges here – the amusingly titled Dark Banana Mode tests the player to negotiate ten stages without rolling over a rotten fruit. Its Golden Banana counterpart challenges you to collect ALL the fruit in similar circumstances. Both are superb. For the first time since its release, you can also unlock the 46 stages from Monkey Ball DX, which will delight long time fans. 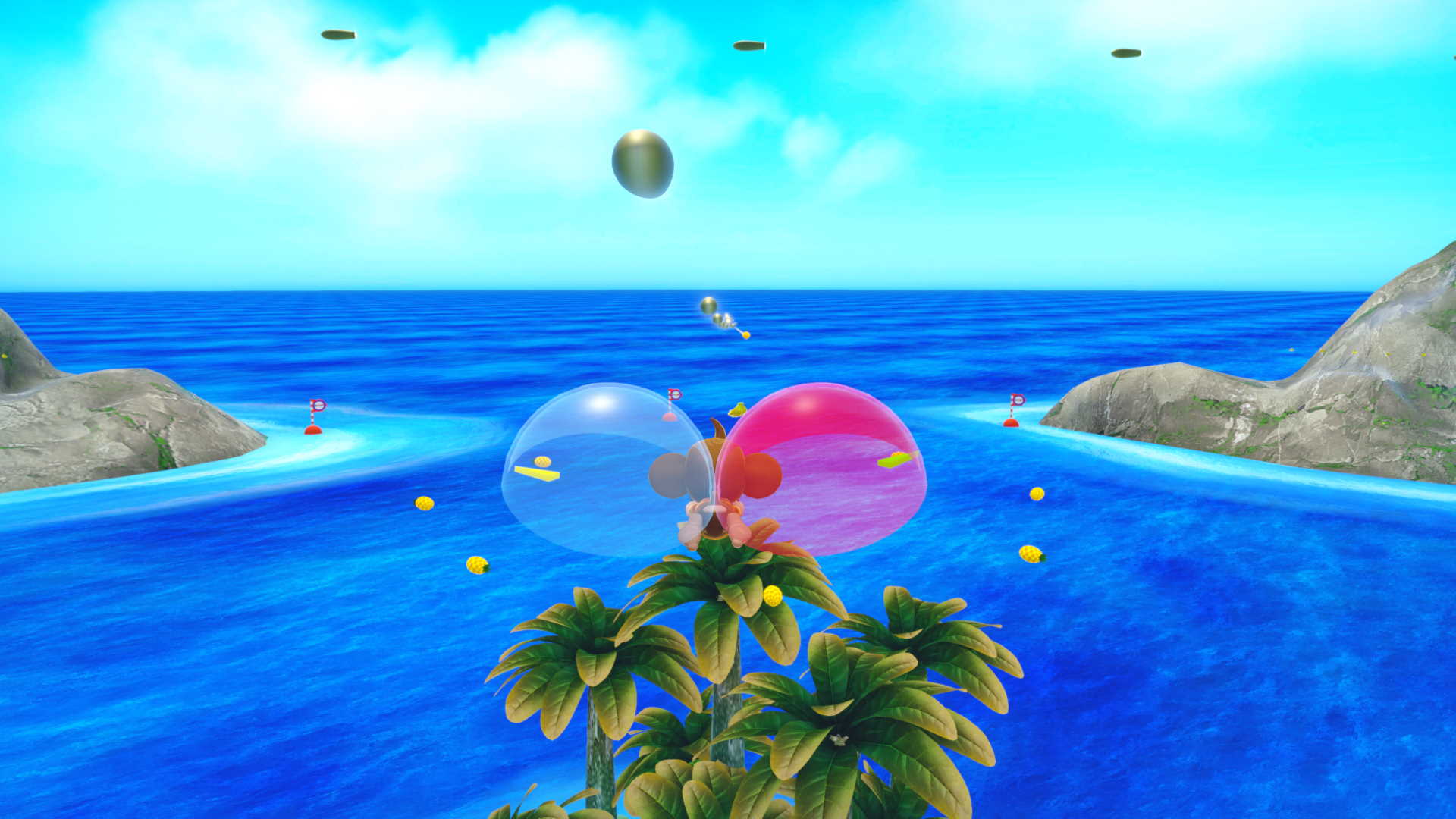 There are some options and modes in Super Monkey Ball: Banana Mania that can be employed to mix things up. You can play toned-down versions of the tougher tracks if you want things a little less hardcore. A helping hand is also available in the shape of optimum route guides, or being able to slow down time itself to negotiate tricky sequences. There are mirrored stages where the goal and start points are reversed, which feel like brand new areas. Interestingly, there is a way to unlock the controversial jump ability from Banana Blitz. This can be toggled on and off, and changes the complexion of things significantly, not always for the better, I might add.

AiAi has arguably entered the pantheon of internationally recognised gaming mascots and there is a story mode starring the jug-headed simian that can be enjoyed here. You get the idea – some nice cartoon cutscenes, lots of squeaky voices; don’t expect a weighty epic. It is pretty, wholesome, sugary stuff. Included in the game are a number of additional characters from the wider SEGA-verse and beyond. Winningly, when you take charge of certain new faces, there is an option to change their collectible item of choice from bananas to stuff associated with that dude. Sonic of course collects his favoured rings, whereas Kazuma from Yakuza – an obvious inclusion given the development studio – will roll around picking up energy drinks! 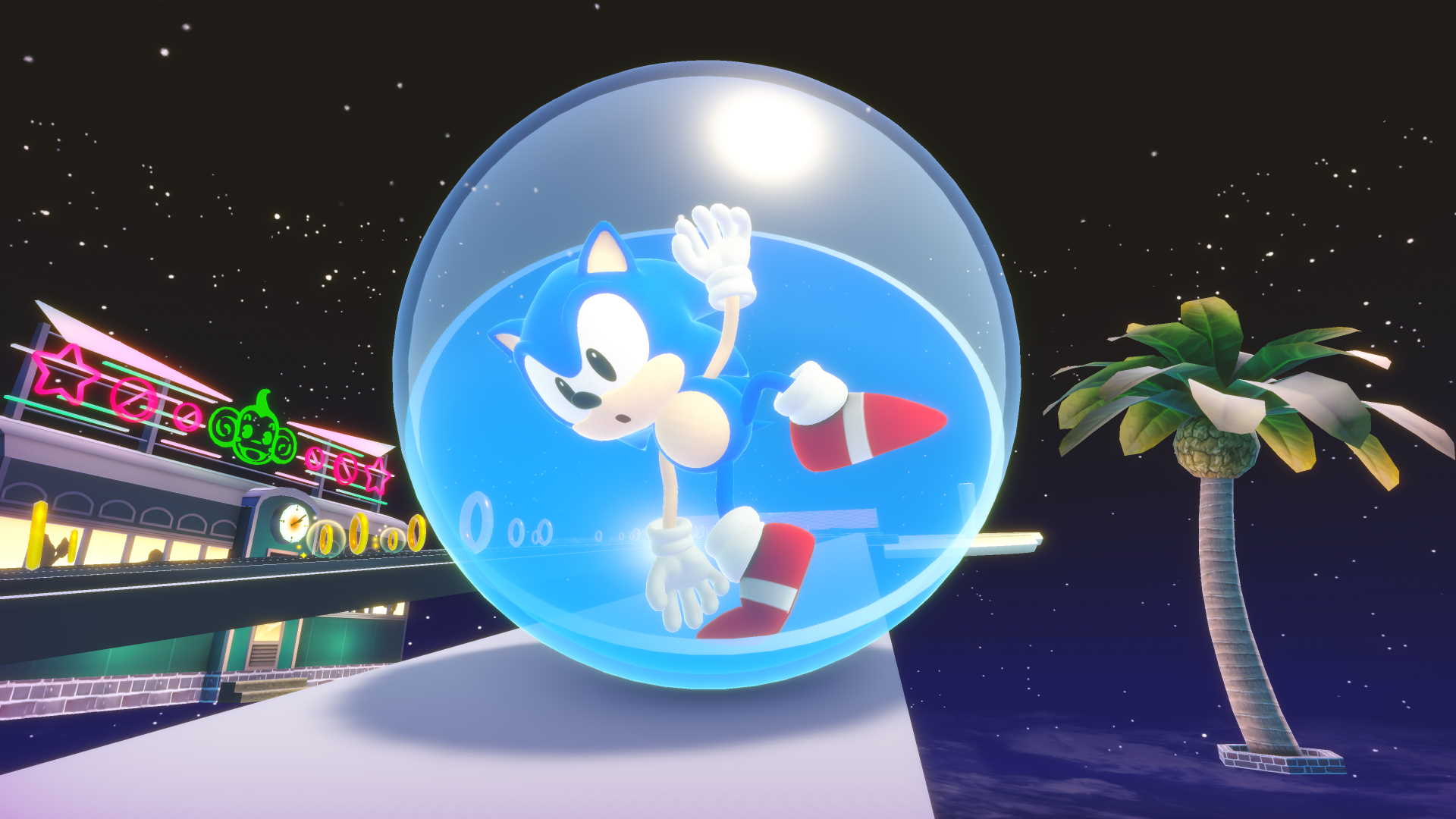 With the core Ball-ing proving to be rock solid, what about the minigames? I am pleased to say that in the most part they are just as you remembered. Monkey Bowling is as fun as ever. Golf is a simplified approximation of the sport, so don’t expect Ryder Cup level precision, but do enjoy aiming a monkey in a ball toward the pin. Monkey Race is a power-ups strewn slalom battle that comes off as a crossover between the fundamental Monkey Ball mechanics and Super Mario Kart, and is a good time.

One of the most beloved mini games in the history of the series is Monkey Target, which tasks you with launching your character into the skies and toward an eventual target in the distance, collecting stuff in the air as you fly. It still plays great, but feels jarringly different to the original in the manner that your ball is pinged into the ether. Where originally you careered down a ramp and felt a sense of real momentum, here the launch feels off – rather than feeling like you have built up speed which carries you onwards and upwards, when you hit the bottom of the slope there is a slight pause, and a lack of oomph. It is something that fans of the source material will notice more than newcomers.

There is very little to dislike about Super Monkey Ball: Banana Mania, and little else I could have asked for in terms of comprehensiveness. It is an excellent time with bags of replay value, potential in its online leaderboards and competitive play, and works a treat in local co-op thanks to the fun, if sometimes superficial minigames. I said previously that the world needs Monkey Ball right now, a rip-roaring blast through some classic SEGA arcade goodness, and that has been delivered with bells on.

Super Monkey Ball: Banana Mania is an excellent time with bags of replay value, potential in its online leaderboards and competitive play, and works a treat in local co-op thanks to the fun, if sometimes superficial minigames.

You may also like
RGG Studioryu ga gotoku studio