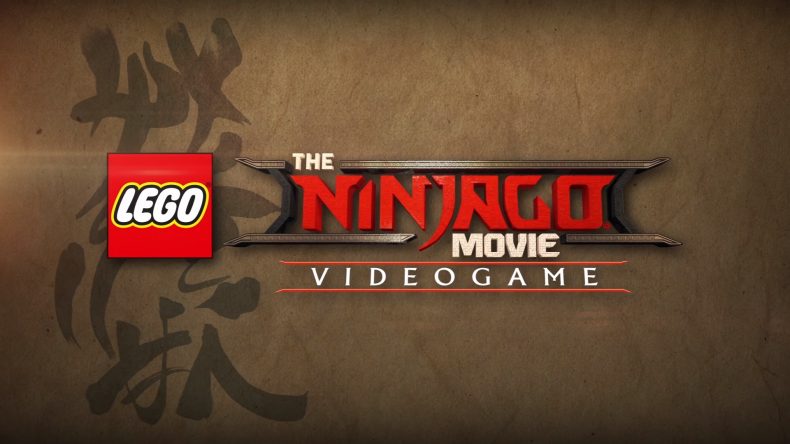 TTGames always has a challenge trying to do something different with the next franchise they dabble with, and even when changes are minimal the joys of exploring Middle Earth or Mos Eisley is enough anyway, as we all love LEGO‘s take on our favourite movies, right? I’ll admit my kids know more about Ninjago than I ever have, but the trailers for the new movie had my interests piqued as it was, so playing the game had me keen to see what the fuss was all about. What transpired, however, wasn’t quite the experience I had invisioned.

See, this is more than a movie tie-in. It implements some of the grander changes LEGO games have had for some time, and it also looks gorgeous on the PS4. The story is a grind, but the humour found throughout had me genuinely laughing, feeling very much in line with the LEGO Movie starring Chris Pratt and Elizabeth Banks. You play as the famed Ninjas of Ninjago as they defend their city from the evil Lord Garmadon. There are moments in the story that drag, especially towards the end, and it actually has me worried for the upcoming movie, but the jokes more than make up for it, especially the reveal of the ‘Ultimate Weapon’. In terms of playing, Ninjago feels much different with the inclusion of combos, and the varied martial art styles. Whether you’re using the Stinging Bee or the Rushing Boar, each one impacts your game, and each of the ninjas harnesses them differently. Whilst Cole is strong he’s much slower, and fighters like Zane are faster but uses a bow and arrow, so knowing which ninjas do what best is important to get the most out of them. Another interesting feature in the combat is how your enemies grow weary of your moves, and if you use the same one too much they’ll block it.

Spinjitsu is a power you learn as the game progresses, and every character has an element they’re in tune with. Nya uses water to solve puzzles, Kai uses fire, and so on. By pressing Circle, you’ll create a pocket of this energy and aiming at certain environments this power can help you progress. There’re lots of puzzles to solve, but with it being a game made predominantly for children, they’re not too tricky to solve. The main problem with the game is how unforgiving the camera angles are, especially in co-op (becoming too bad at times), and how my daughter and I kept getting trapped in the environment. In part of Ninjago City early on, there’s an explosion causing a building to crumble. She got stuck in the rubble for ten minutes, until she had to drop out and re-enter play to solve this. When the game goes into split screen, it sometimes became unplayable because the camera would switch randomly and go in front of you or behind you, and remain idle at times when it should be moving to accommodate your movement. This is by far the most frustrating thing about the game, and had this been less of an issue, I would’ve been much more favourable towards it.

There’re also some very ‘busy’ segments, when a lot is happening on screen and it’s easy to lose exactly where you are or what’s going on. There’s a boss battle where you’re getting covered in lava, being attacked by a mech crab, AND trying to fight a load of baddies. It’s too chaotic and messy, and detracts from your enjoyment of the game. The other downfall is the frame rate when there’s a lot going on on screen; whilst it doesn’t dip massively, it’s still noticeable, and even in some of the cut-scenes (footage taken directly from the movie, I assume) the frame rate drops are frustrating. I still enjoyed playing, though. There’s a lot too do, and the puzzles are varied, movement is fluid, and combat is the best it has ever been. The environments are beautifully designed, right from the city to the jungle to the snowy mountains you eventually go to. A lot of care has been put into the visuals and it’s noticeable that Traveler’s Tale don’t just want this to be a cash in. It isn’t particularly long, but the option to freely explore cities and places in Free Play upon completion of an area is there. For those obsessed with collecting studs to the point it detracts from playing, it’s carried over now, which means they’re not tallied up after each level.

There’s loads to collect, such as costumes for the Creator, Gold Bricks, and more, giving you a reason to keep playing after the story is done. There’s also a cool co-op battle mode where you can play with family and friends in four-way splitscreen if you fancy it. The LEGO Ninjago Movie Videogame is a lot of fun, but the camera angles are diabolical in co-op, detracting from the fun that playing with someone normally brings. The story is weak, but the humour more than makes up for it, and the diverse combat feels great to control, especially when racking up a 100-hit combo.

Camera in co-op is awful
Some framerate issues
Weak story