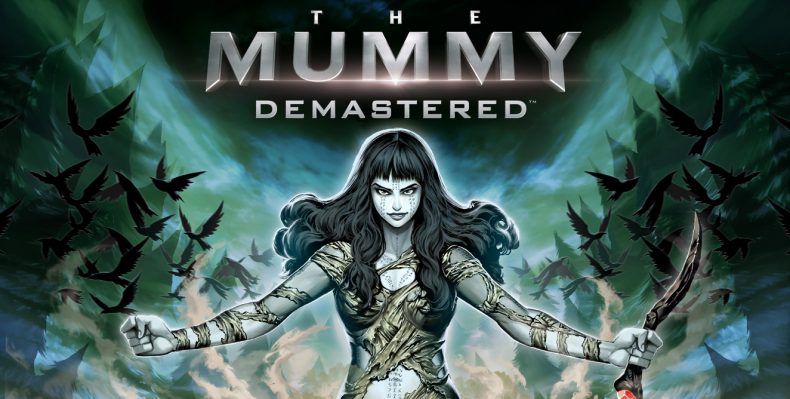 Gamers of a certain age – or those who simply enjoy retro games – will feel quickly at home in Wayforward’s The Mummy DeMastered. Loosely based on pretty much every film about the Egyptian horror icon ever made but completely reconfigured to suit the medium, this 16-bit MetroidVania adventure is short on Tom Cruise (chortle), but big on dead things to shoot.

You play a masked government agent sent into an ancient tomb to deal with a surge of creepy monsters that threaten humanity’s existence. For some reason, you can only go in one at a time, which suits the game perfectly of course.

Using a mixture of platforming and 8-way shooting, your job is to navigate the world, backtracking when you unlock a new skill, and killing everything that stands in your way. As with other games of this ilk, you’re initially pretty under-gunned. You’ll unlock new skills and weapons as you progress, which in turn open new areas, secrets and boss battles.

As in Ubisoft’s Zombi, death will see your agent resurrected as a shambling revenant and drop you in the boots of the replacement. The only way to retrieve gear like new guns and grenades is to find your former self and kill them. The first time this happened to me it felt pretty cool, and seemed an interesting design choice. The second time it happened, it was already grating on me. By the fifth or sixth time, I was ready to snap. It becomes a particularly chewy bone of contention when you die during a boss fight. Not only do you have to reach the boss again, but you’ll have to kill your former self first. It doesn’t help that the only reliable way to recoup lost health is to kill entries and smash breakables. A seemingly interesting mechanic turns the whole affair into an exercise in tedium.

It’s not helped at all by the difficulty spikes. I had little trouble minute to minute, but now and then you’ll enter a room that throws the entire playbook at you. Zombies, bats, wall-crawling rats, projectile-spewing scarabs, environmental hazards like poisoned water, crumbling platforms… With such limiting controls and hardly inch-perfect platforming, it gets very frustrating very quickly.

The aesthetic and music create a wonderful retro atmosphere, and there’s enough here to keep things fun and interesting for fans of the genre, but it’s all hampered by too many flaws to come fully recommended.