This is the Police Review 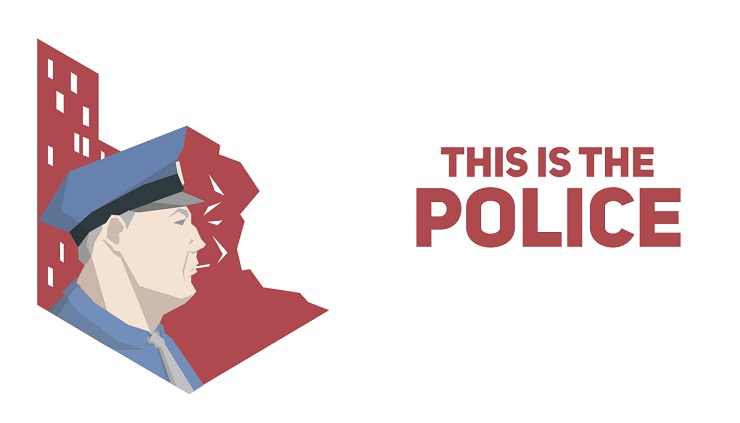 Jack Boyd glosses over the front page of several local newspapers over breakfast each day, which seem to feature grim headlines on an alarmingly regular basis. He gets into his beaten-up old car and tries to start it; frequently, it only really chugs into life on the third try, but then he’s off and rolling to work as the Chief of Police of Freeburg, the definition of a nondescript city, USA. Once he rocks up to the station, he’ll likely be confronted with a request or two from one of his officers asking for the day off; one may need to collect their sick kid, another may cheekily want to catch a movie and another may simply be hungover. Least they’re honest. Once that routine has been dealt with, you’re looking down at a map of the city, dealing with crimes, processing investigations and trying to make half a million dollars before your enforced retirement in 180 days.

This is the Police keeps things comfortingly simple when it comes to its narrative setup; Freeburg’s Mayor Rogers, corrupt as they come, but still publicly popular has pushed you into early retirement and simply tells you not to cause any trouble before you’re out the door. Problem is that your now-former Deputy got into some gigantic trouble with the mob, and has left you to pick up the pieces as he jets off with his family to start a new life. You’re tasked with covering his substantial debts, meaning your job of organising the city’s men and women in blue just got a whole lot harder. And interesting. Here’s where you come in. Looking down at an isometric map of Freeburg, your job is to respond to crimes in the city as and when they come in. This may range from some teenage scamps stealing trainers from a shop, hit-and-run accidents, or calls from concerned citizens warning you of a suspicious character having a bite to eat in their diner. Your roster features officers and detectives, with the former seeing a lot more of the action and each one comes with their own level of professionalism. This works to influence your decision as to who should respond to each call, so perhaps sending out ol’ Burch Snr, who has a particularly terrible 5 ‘professional’ points to a suspected homicide isn’t the wisest move. Better save him for that odd call from a young kid who says he’s being held against his will and wants to go out and play. Push your officers too hard, however, and they’ll make mistakes, and in a job like this, that can frequently mean a dead body or two.

Weighing up who should go where, and dealing with the consequences of each call you receive is the real meat of the experience here, and it’s good fun. As in life, things can frequently turn sour, and it’s not uncommon to get reports of citizens or even your own officers being shot dead by the city’s worst criminals. The latter doesn’t pose you too much of an issue, given that you have a back-up roster of able-bodied officers to choose from to make up for any losses out on the job, but screw up too much, or fail to follow strict directives from the powers that be, and, no word of a lie, you’ll have the Mayor on your ass. This is the Police does a great job of keeping things simple whilst slowly adding in more complexity to your strategising. Investigators come into play, and that often requires you to piece together crimes from still shots to figure out whodunit, be it robbery or drive-by shootings, before arresting lynchpins of crime families. Then there’s the mob, who are deadly serious about collecting Deputy Kendrick’s debt. In order to do this, you need to make $500,000 before your retirement crops up, which frequently boils down to looking the other way when a few hoodlums raid a factory or something similar. The kickbacks that you’ll receive from this whilst also correctly apprehending suspects all help to massage your bank account, which is the end goal here, but it’s great to contrast the need to run your city as effectively and safely as possible whilst also letting a few things slip by the wayside; the 8 out of 10 rule for cases, as Jack calls it. Of course, even with all that planning, things can simply go wrong, even if you send three of your best officers to deal with what seems like a simple problem. When one of your more reliable officers winds up dead or a civilian gets caught in the crossfire, and you end up in hot water, it does grate a little, even if you believed that you planned well.

The content of what you’ll be asked can vary dramatically in terms of its severity: you might be asked to separate two erotic dancers fighting in a strip club, or the Mayor’s office may ask you to fire all of your black employees due to a rise of racist attacks. The radical tonal difference between the game’s least and most severe crimes isn’t unwelcome, but it handles those on the latter spectrum with a surprising lack of awareness. You can’t reason with your bosses about their directives; you simply have to carry them out, or risk getting in trouble, even if firing an employee without a valid reason will also get you some heat, or your own conscience requires another option. There are other examples on offer where This is the Police tackles a current topic without any sort of balanced discourse to accompany it, and simply asks you to follow orders, military style, which seems like a missed opportunity at best, and wildly insensitive at worst. Just as well the framing for all of this is so well executed, then. Set against cell-shaded stills and delightful narration of Jon St. John (he of Duke Nukem fame), This Is The Police wears its noir influences on its sleeve, all catchy jazz soundtrack and slow, restrained storytelling. Its descriptions often get grizzly, but the stark visuals offer a nice counterbalance to your hero’s trials and tribulations. You can even decide what to pop on your record player during each day cycle, with an occasional scene filled with dialogue options breaking up the work/sleep/work routine a bit.

Managing Freeburg’s police force whilst simultaneously skimming yourself a little bit of cash on the side is a decent time, even if monotony does creep in as your days in the force dwindle. The minimalistic style and presentation do it some favours, and the story makes good use of some familiar good-cop-gone-bad tropes with a bit of personal introspection thrown in for good measure. Whilst its handling of specific topics that are currently being played out in our own society is decidedly haphazard, This is the Police remains pretty easy to drop in and play, in no-small part thanks to some smooth tunes.