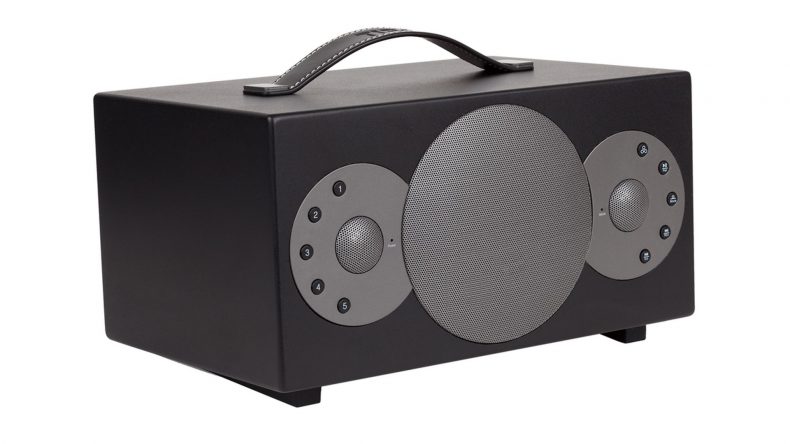 Where the Tibo Kameleon is more focussed on interacting with other devices, the Sphere 4 is a more straightforward speaker, designed for music and radio, and boy, what a speaker it is. This thing is powerful, and has the bass the Kameleon was lacking.

It’s a larger box, in fairness, so has a bit more room to play with for speaker housing, but the bass in this thing is mighty, and the volume is louder than you’re likely to ever want or need in a home environment. But seriously, I can’t stress enough, this thing has proper bass. Kick drums are hard hitting, and the bass on a well mixed track is clear, and at high volume almost gives you that concert “bass stomach” where you can’t be sure if you’re going to puke or shit yourself. I am impressed, Tibo: this thing sounds amazing.

That said, the instructions aren’t that clear, and it’s only because I already had the Tibo app installed and knew how to set up the previously reviewed Kameleon device that I could quickly get it set up. Oh, also, be aware if you’re on a 5Ghz network, you’ll need to switch to a 2.4Ghz one to set it all up, but can switch back later. It’s a tiny thing, but perhaps a little more clearly labelled instructions to get it onto WiFi would be good.. On that note, it also have bluetooth and line-in capabilities, if you’re away from home, because this speaker is sort of a home speaker, but also a mobile one, despite its nice, weighty feeling.

You can charge it up and take it on the go for the 8 hours the battery will survive. But obviously this is dependant on things like volume used: the usual things to consider when using something on the go. It also has a slot to let you charge your phone from it, if you fancy.

It’s a little on the dull looking side, in truth, though. A large white (it comes in other colours) block with three circles on the front, it’s large enough to stand out, but not big enough to be a feature. A small handle sits atop the unit for you to carry it around. The app is the same one you use for other Tibo products, so has integration with Spotify Connect, and TuneIn Radio, and Tidal if you’re one of the people who use that.

This is a speaker, and a fantastic one at that. It’s loud, has a full sound to it, with treble and bass clear, vocals that come through nicely (you’ll even notice harmonies you missed on other headphones or speakers), but it comes at a price. Expect to pay over £200 for this, and to get the absolute best out of it, you’ll maybe want a companion speaker to set up and get multi-room or incredible single-room audio from it. Regardless, the audio from this blew me away, and I wanted to replace my PC speaker with it. That’s a recommendation, then.

Incredible sound.
Portability is a bonus.

Not a good looking unit.
Expensive.

The audio from this blew me away, and I wanted to replace my PC speaker with it. That’s a recommendation, then.