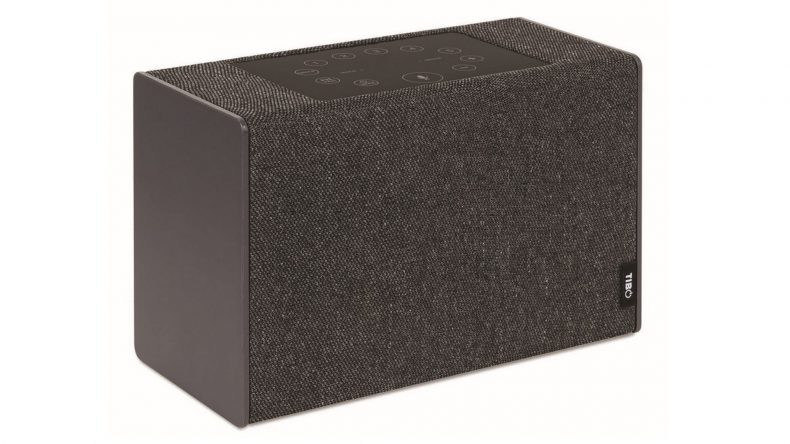 I’m big into SmartHome tech, right now. I love music, and I love being lazy, and combing a speaker with the ability to also say “Alexa turn on the bedroom light” is a dream come true. Amazon’s Echo is a major player for our family now, but the one major negative is that it doesn’t play nicely with everything. Take Apple Music, for example, Alexa doesn’t like that at all. But then, on the other hand, Apples HomePod doesn’t like Spotify. These devices should play nicely together, but they don’t. Enter the Kameleon.

Without a dog in the fight, Tibo’s speaker is able to let you do everything you want. Fancy playing music from your iPhone via Apple Music on it? Sure, no problem. How about Spotify? Easy, it comes with Spotify Connect, so you can be sat at your PC playing music and select it as a speaker, then jump to iPhone app and listen there, before beaming to your Echo, then changing to the bedroom where, perhaps, your Kameleon is located. This box has music integration the way all of these boxes should work, were they actually as consumer friendly as they would want you to believe.

It’s a simple thing to setup, too. Using the free app, you just search for your network, add it via the phone and without a minute or two it’ll be connected. From there you just need to use the app to add the services you want, from TuneIn Radio to Spotify, or Amazon Alexa, they just need you to log in and it’ll do the rest for you automatically. Once done, you can even use the Tibo as a multi-room speaker thanks to the fact you can group it up with other devices. The speaker itself is similar to Amazon’s Echo in how it looks. Rather than going for a hi-tech future look, it is felt covered and looks more like a home furnishing than a space-age piece of electronics. On each end there are panels which you can remove and change on a whim, and the box comes with four different types, from the wood panel look, to a clean white or black, and a grey to make up the set. These are easily removable, almost too much so, if I’m honest.

There are two things about the Kameleon I don’t love, however. Firstly, given the way you currently talk to Alexa to operate your SmartHome, it’s slightly odd that, despite the integration with it, this box requires you to press a button to give an order. Yes, that sounds lazy, but it’s an odd design choice as being able to use voice control is kind of the point of “Alexa”. Secondly, and far more of an issue for me, is the bass. You can audibly hear the soundscape change when heavy bass kicks in. The speaker isn’t huge, but I’d like it to be able to cope with bass at mid-level and high-level better than it does. It’s not a deal breaker, but it’s a bit of a shame. What it lacks in bass performance, it makes up for in general volume though: this thing can go very loud for its size.

But this thing just plays nicely with others, and that’s a real boost in an area of tech that seems to be increasingly leaning towards walled gardens that insist you use their service, and only their service. With that in mind, it’s slightly more expensive than an Echo at around £149, but way cheaper than the Apple HomePod (over £300). It’s not the best in class for sound, but it’s not bad either, and the feature set more than makes up for the deficiencies. One to consider, when setting up your SmartHome, for sure, especially when you consider its small size and versatility.

Portable
Works with everything

No voice control for Alexa
Bass could be better

It’s not the best in class for sound, but it’s not bad either, and the feature set more than makes up for the deficiencies. One to consider, when setting up your SmartHome, for sure, especially when you consider its small size and versatility.