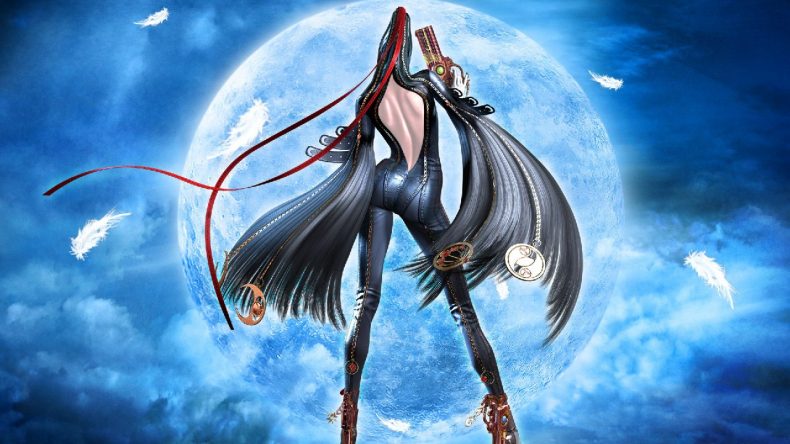 When I had a PS3, a friend of mine who introduced me to PlatinumGames convinced me to get Bayonetta, but just like most games at the time, it went straight to the backlog. I eventually played a few hours on his Wii U but never really got into it. I thought the PC or Xbox One (via 360 BC) versions would hook me but I barely scratched them. When Reggie announced the Bayonetta collection for Switch at The Game Awards, I knew this would be the version for me. The Switch version came at the perfect time and without trying to sound like a broken record (I’m not sorry), booting up Bayonetta in handheld mode resulted in me playing until the battery warning notification in a single sitting. While this doesn’t offer more content than what the Wii U port offered, there are some big advantages here, but also one aspect that disappointed me.

If you aren’t aware, Bayonetta is an excellent hack and slash action game with stellar combat and music. You play as Bayonetta who is a witch trying to figure out how she ended up in the position she awakes in. As an Umbran Witch, Bayonetta is up in arms with the Lumen Sages and the story sees her face some unique enemies and massive bosses. Combat is sublime with various mechanics at play like Witch Time that slows down time on a perfect dodge and multiple skills you can unlock using the in game currency to make your experience even better. There’s a ton of replayability with the various accessories and skills you can unlock. The Nintendo outfits that change up the game a bit make it even more replayable. In a lot of cases, Switch ports from some developers have been great in one of the two modes. Some of them are perfect handheld with almost no improvements docked while others are good in docked, but pretty bad in handheld mode. There are also the ports that are bad in both modes like RiME. Bayonetta falls into the first category. It is fantastic in handheld mode, but the docked mode should’ve been a lot better. Aside from the visuals, load times are drastically improved and you barely get a chance to test out a combo in the transition screen as you get into a level.

I’m always a fan of using the Touch Screen on the Switch and you can play the full game just using the Touch Screen which is amazing. There is some nice use of HD rumble as well in combat and movement. This is basically the Wii U game ported to Switch with those additions intact. This includes the costumes for Daisy, Peach, Link, and Samus. Having not really tried these on the Wii U, it was funny seeing Bayonetta in Link’s attire collecting rupees and opening chests to the signature Legend of Zelda sound effect.

My biggest problem with this release is how there isn’t much improvement to visuals from previous console versions in docked mode. The image quality should have been better given the age of the game. This is even more apparent with how many areas in game look plain washed out. There are some aspects of this game that haven’t aged well for sure. The big question is whether this port is worth buying for people who already own Bayonetta somewhere. Given that Bayonetta is playable on everything but PlayStation 4, chances are you own it somewhere. This is the most complete release of Bayonetta with the Nintendo costumes included and the ability to play anywhere or with a Touch Screen. But those positives might not be worth it for some people. If you already own Bayonetta on Xbox One or PC, this version isn’t worth double dipping on for docked gameplay. Sure the load times are super quick and the Nintendo outfits make replaying it more fun but the real draw of this release is the fantastic handheld version. This is easily my favourite version of Bayonetta and a game that is definitely worth playing even today for PlatinumGames fans and fans of games with great combat.

Bayonetta on the Switch is a fantastic port for handheld mode but there’s not much improved for TV gamers aside from load times.