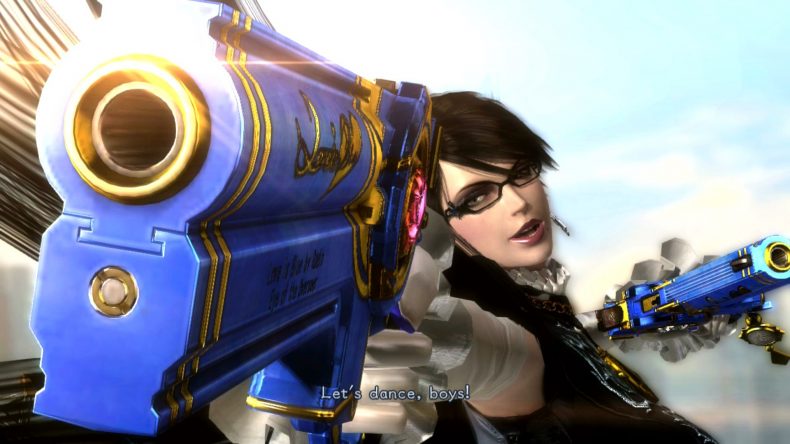 I have a complicated relationship with Bayonetta. On the one hand few can deny that the combat is incredible. Exhilarating, fast-paced, and brutal, Bayonetta doesn’t defeat her enemies, she punishes them; she executes them. But in fairness, if you mess with her, you get what you deserve. All of this is still there for the Switch version of Bayonetta 2, but the draw really is taking Cereza on the go.

But that’s where I have a minor gripe, because Bayonetta 2 is an overtly sexualised game. I’ve heard the arguments about it being empowering to women, and I’m not a woman so I can’t really know if that’s actually true or not. But it’s developed by a team of men, and she constantly gyrates, moans, and has a camera linger on her breasts and, sometimes, her crotch as she does the splits. I’m not judging it so much as I am warning you about playing it in public. Remember, this is a character whose attacks cause her clothes to come off. The question I’d ask, I suppose, is whether or not if these things were missing, would the game be worse for it, and I kind of think it wouldn’t. Now that you all hate me for besmirching the great name of Platinum, what we’re looking at here is a rock solid port of the Wii U exclusive. I spotted a couple of drops outside of combat in handheld mode, but otherwise this is 60fps.

What I wasn’t prepared for, is how the game looks upscaled on a TV. I’m not a pixel counting expert, but this looks like 720p to me, and a muddy 720p at that. Textures are rough, and the more colour popping on screen, the more you notice it. There are jagged edges to some of the lines, with the look of a lack of aliasing overall, and there are moment where the mid-level scenes (the still motion, but voiced scenes) look poor. Background detail in these scenes is blurry and looks somehow de-rezzed.

Ok, now you almost definitely hate me. But the thing is, all of these complaints don’t stop this being a great game. A stupid story that somehow has enough heart to grab you by the end of the tale, combat that is deep and rewarding, and a soundtrack that actually warrants playing the game on headphones pull it together to make it a superb game on whatever console you’re playing on. While Nintendo doesn’t laud the touch screen of the Switch too often, the Wii U version of this game had terrific accessibility options making the whole game playable via the touch screen. This is present on the Switch version thankfully as well. Amiibo support returns, too, and those of us who are addicted to buying the stupid things are rewarded with an easy playthrough of the game first time around, as you can scan 32 a day. This makes the game easy because you have an absurd amount of halos to spend in the Gates of Hell shop, upgrading your abilities, buying weapons, and thanks to the amiibo giving you items, too, you can just smash through the game’s normal mode and get to the meat within ten hours, easily. Then the real game begins, with the higher difficulties and the deeper, more demanding combat that requires combos, not mashing.

This is a strong port of a terrific game. In for a penny, in for a pound and all that, but I still think there is room for improvement with the combat, and would prefer DmC’s to Bayonetta 2, but thankfully that’s not a choice I have to make. Bayonetta 2 remains one of Platinum’s best games, and is a treat on Switch just as it was on Wii U.

Visuals sometimes look a bit ropey.
Awkward to play some sections in public.

Bayonetta 2 remains one of Platinum’s best games, and is a treat on Switch just as it was on Wii U.