TT Isle of Man: Ride on the Edge Review 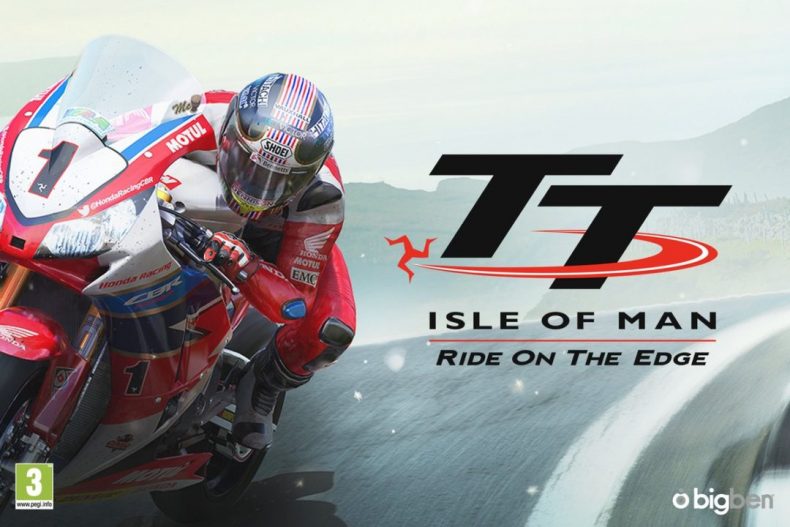 You’re travelling at over 150 mph down a narrow country road, feeling every bump, every rise and fall of the concrete as it follows the lay of the land. The bike beneath you is fighting you every second of the way, like an untamed horse being ridden for the first time, trying its hardest to throw you from the saddle. You can hear the wind rushing by, feel it whipping at your body as you cut through the air at unnatural speeds. You squeeze the brakes, your body lurching forward with the force of it all, before you lean into the corner, knee scraping the ground. But you didn’t see the divot in the road on the inside of the bend and it changes the angle of your trajectory at the worst possible moment, leaving you as a helpless passenger watching the world pitch and spin after being thrown from your bike.

That’s the precise feeling that TT Isle of Man: Ride on the Edge captures wonderfully. You’ve probably heard the stories of the Isle of Man TT race. You’ve heard about the deathwish riders and the incredible dangers of the iconic event, and the lives it has claimed over the years. You might even have seen footage of these riders, as they’re tossed from their bikes at high speed. In that at least, Ride on the Edge gets things right. I won’t pretend that I enjoyed my time with this game, because I didn’t. It’s a game that desperately wants to appeal to a niche market within a genre that’s already fairly niche despite some impressive games like the recent MotoGP titles bringing motorcycle racing back into the gaming limelight. Unfortunately, it makes far too many mistakes along the way.

What it does get right is the presentation. Not the boring menus or the po-faced introduction, but the visuals and sounds of the racing arenas. Bikes sound throaty and scream to life as you hit speeds of over 150 mph, the air swishing as you cut through it like a knife through hot butter. You’ll really feel like you’re there, as you pass by houses and meadows, bathed in the golden sunlight of early morning. It may not exactly rival the big budget racers like Gran Turismo or Forza in terms of pure polygon counts, but its lighting is impressive and the sound design really brings everything to life in a way that just makes you wonder what could have been. Look, I’m no expert at motorcycle games, but I know enough to notice when things just aren’t right on a basic level. I tried the game without assists as I normally do when starting a new racer, and it was nigh unplayable. Even when experimenting with different assists, or even all of them together, very little really seemed to noticeably change. I know that riding a bike at high speed is a battle, but just trying to keep the things upright in this game is a Herculean task, thanks to the weird and twitchy handling physics. One major example of this is when I was slowing down for a corner; coming down a straight road and simply applying the brakes with no other input, the bike was catapulted to one side and into a wall, sending my poor rider flying. This sort of thing happens often and without reason. What’s worse is that the game doesn’t even let you attempt to correct these things, because the rider just lets go of the bike at the first sign of trouble. I mean, he just gives up on life and says, “nah, I’m done,” as he happily lets himself bounce into concrete walls.

I thought, “maybe I’m going too fast or something,” so I went back again and again, slowing more and more for corners; I waited until the latest possible moment to begin accelerating out of corners, increasing the throttle more and more gently with each lap. I began to find some grip and things seemed to start going well, except now the pace just wasn’t enough to compete. Sure enough, as I tried to incrementally increase my speed again, the bike just couldn’t cope and I’d be thrown into a hedge. No matter how I approached the game, I felt helpless. Even when I began winning races, the constant mixture of concentration and frustration that accompanied every second of every race, just ensured that that feeling of helplessness never went away. It’s a shame really, as the game does offer a decent amount of content. It comes with a full career mode, offering races across fictional tracks based around the UK, as you work your way up through the ranks in order to compete in the TT Isle of Man event itself. It also features basic exhibition racing without the need to unlock tracks or bikes, plus there’s a complete roster of real TT riders and their teams/bikes. There’s no denying that KT Racing has gone to great lengths to ensure that the presentation is as faithful as possible, but all that does is highlight the issues on the road.

I’m a big fan of motor racing, mainly the four-wheeled variety as you may know, but I have grown quite fond of motorcycle racing over the last couple of years. I’ve learned how to handle the bikes and use the weight of both rider and bike to navigate tricky corners, so when a game comes along like TT Isle of Man: Ride on the Edge and offers such an iconic event to race, it’s all the more crushing when the bikes handle like they’re constantly on ice and the rider lets go of his machine at the slightest hint of trouble. Then you receive a swift kick while you’re down, when even the slowest AI rider happily passes you by, without the slightest wobble. There’s potential for something special here, but it unfortunately goes unfulfilled.

Sense of speed is unreal
Some impressive race presentation

While TT Isle of Man: Ride on the Edge accurately captures the sense of speed as you barrel down the country lanes of the iconic circuit, its twitchy handling undoes the experience entirely.