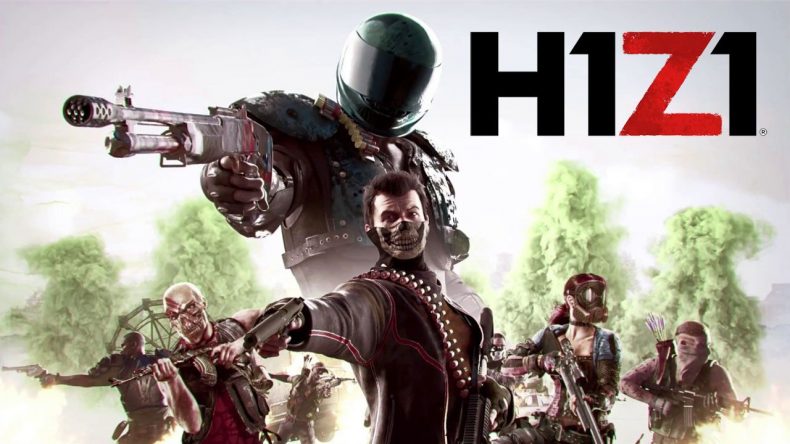 H1Z1 is a confusing one. It began its Early Access journey back in 2015, but a year later it had been split into two games: H1Z1: King of the Hill and H1Z1: Just Survive, with quite different gameplay mechanics. Daybreak Game Company even brought on Brendan Greene as a consultant, who you might know as the creator of some little-known survival shooter called PlayerUnknown’s Battlegrounds. I don’t think many know of that one, it’s a bit niche. Seriously though, Greene’s original battle royale mod for Arma 2 had garnered interest from H1Z1’s publisher, leading them to licence the idea for its King of the Hill version of the game. Once his consultancy ended, Greene went to Bluehole and the rest, as they say, is history.

Still with me? Excellent. After a while, it was (presumably) clear the two H1Z1 games just weren’t going to fit together under the same banner, and so Daybreak decided to simply rebrand its King of the Hill game as H1Z1; meanwhile Just Survive dropped the H1Z1 moniker altogether. Here we are then, in early 2018 and H1Z1 has finally emerged from the cloud of toxic gas (that might make sense to you soon, if you haven’t played the game yet) of Early Access. If you hadn’t guessed already, H1Z1 is the latest addition to the ever-growing battle royale genre (although is it technically the latest, since it’s been around in one form or another since 2015?) and quite frankly, it’s difficult to separate it from PUBG. You parachute down onto a map filled with buildings and various other things, loot them for weapons and other supplies, then fight or creep your way into the randomly-placed circular safe zone, which decreases in size every time it moves. Sounds very familiar, right? The only real differences are that you choose your parachuting position on the map while in the pregame staging area, instead of doing it on-the-fly (pun intended) from a plane; and instead of the blue circle of electricity or whatever it is, you’re chased by a cloud of poisonous gas.

If you’re like me, you’ll be rolling your eyes so hard you can see your brain, wondering why anyone would buy this. I mean, when I first started playing, I realised just how similar it was to PUBG, in its tone and realistic visual style; only H1Z1’s shooting didn’t feel as weighty and impactful, and I didn’t feel as exposed and nervous as I did when playing PUBG. Yet somehow, I found myself enjoying the game the more I played. I enjoyed the thrill of the hunt, especially when the sirens blared as the gas was released once more, the thunderous musical tones booming through my headphones before once again resuming the stark silence of this abandoned, fictional corner of the world. And guess what? You don’t actually have to shell out any money for H1Z1 now, as it has gone free-to-play. So, there’s a bit of an added bonus. Where H1Z1 differentiates itself from the competition is through its various game modes. It’s not simply about playing the same survival game, with the only options being to play it solo or as part of a duo/team; there is the Combat Zone mode, in which you’ll fight on a smaller map with pre-selected weapons (more on that in a moment) and with respawns, which effectively allows you to practice before heading into the game proper. But the crowning achievement of H1Z1, the thing that really sets it apart from PUBG and Fortnite, is Auto Royale. You and three other players, whether in your own party or randomly assigned via matchmaking, will be locked in a car and set loose to battle all the other teams of four; one player drives, collecting power-ups and weapons/ammo via glowing icons dotted around the map, while the other players shoot at any other vehicles in the vicinity. It’s incredibly fun, leading to explosive chases and chaotic battles, all using the same circle-based restrictions of the main game mode. It’s surprising just how much it changes the tone of the entire match experience, and it really does separate the game from everything else. Hell, just seeing cars explode at high speed, flipping through the air, is like something out of Mad Max. It’s glorious.

There’s an awful lot of customisation on offer too, via loot boxes and in-game rewards. It’s all cosmetic, before you start getting angry and shouting about it to your dog. Crates will offer random gear and skins, from new masks and helmets to gun skins and vehicle paint jobs. The way it works in-game is odd though; you’ll still start each map with your basic chosen outfit (specialist clothing like shirts, shoes and pants will remain) but you’ll only see things like armour skins when you find or craft it on the battlefield; if you pick up a helmet, it will automatically change to your chosen skin when equipped, and guns skins will automatically be applied when you pick up that weapon type. Let’s say you open a loot box, by shooting it in a brief mini-game, and get a skin you don’t want (I like to blend into the environment myself, so wearing a pair of bright yellow trousers just isn’t suitable) you can simply scrap it. With enough scrap, you can generate a new, random item for your collection. There are other currencies too, such as skulls that are earned through levelling up and completing challenges, that can be spent in a separate store for more specific gear and skins. None of this is really explained, so it can be a bit confusing and overwhelming at first, but now that the game has moved to a free-to-play model, it makes a little more sense. A bit more explanation of the various stores and systems would at least be appreciated.

Despite bearing a remarkable resemblance to PUBG in its main game mode, you can’t help but have fun with H1Z1. Combat Zone is there for a quick fix, and there’s plenty of customisation for those of you who prefer Fortnite’s particular brand of weird outfits. But if you really need a reason to spend some time downloading H1Z1, look no further than the spectacular Auto Royale mode. I can almost guarantee that you’ll have a blast.

H1Z1 may well have been inspired by the original version of PUBG, and it shows, but in Auto Royale it provides one of the most fun battle royale modes out there.