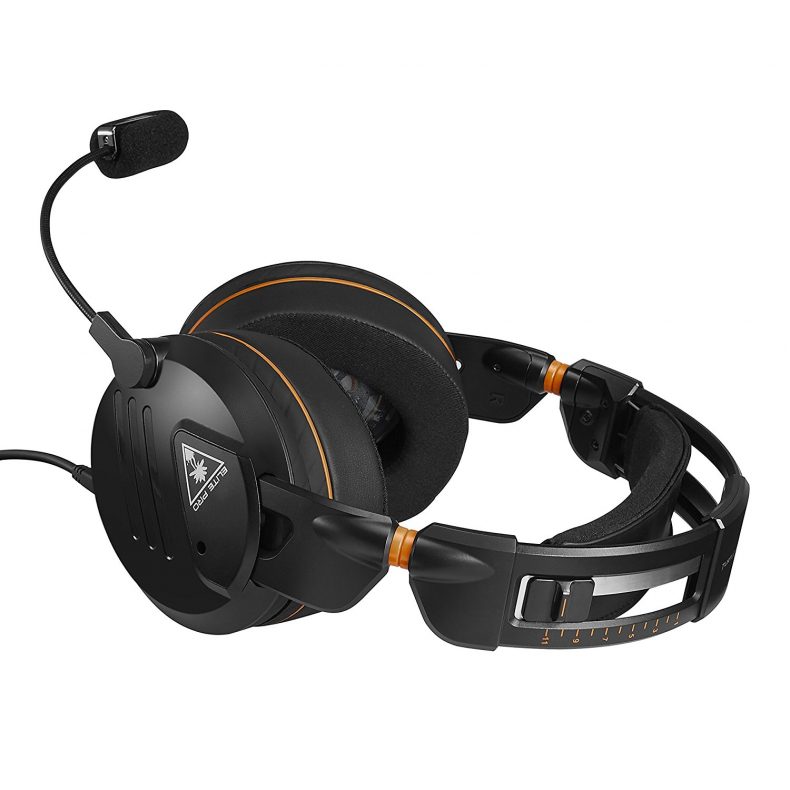 Let’s cut to the chase, reader: the Elite Pro is the most comfortable headset I’ve ever used. I’ve probably said that before, but then, I hadn’t tried the Elite Pro before. So you can stop trying to catch me out with that absurd logic right there, okay?

Weighing in at around £150 or so (more if you want the Tactical Audio Controller, which is a mixer, basically) or the Noise-Cancelling Microphone (does what it says on the tin), it’s not the cheapest, but nor is it the most expensive, and for the amount of hours you’ll spend wearing these cans, that’s not too high a price to pay for comfort, especially when you consider, for example, Apple’s Airpods are actually more expensive. So why are they so comfortable, then? The crux of it comes down to the Aerofit Ear Cushions, which, as well as cancelling out a fair amount of exterior noise, have some strange technology inside that cools your ears. No more will you get sweaty, hot ears while playing Destiny 2, because this thing feels cool to the touch (on your ears, that is, it’s not a fridge), and even after a few hours, remains comfortable because of it. Thanks to the materials used, this also means you can wear your glasses without worrying abut them being pushed into the side of your face.

Comfort wise, top notch. But they also sound fantastic. Whether you’re using the console version of the PC version, you can be confident that, while you won’t get the high end performance you’d have to pay a lot more for, you will get confident, strong low end bass, with voice chat that can be clearly picked out of explosive gunfire, whether it’s a plasma rifle, or the thunk of a grenade launcher going off. Throw Spotify on and with a PS4 and you’ll be in gaming heaven. Elsewhere, the mic is flexible, which while not a rarity on headsets, is my preferred method. Rather than a stiff mic connector, the Elite Pro is entirely flexible, as well as removable if you don’t feel like talking.

But really, this is a top quality headset. It’s an absolute star when it comes to comfort, and as someone who can find certain headphones don’t encase their ears fully, thus instantly creating discomfort, these fit neatly around my ears and are like a comfortable pair of ear-shoes straight away. The top frame is adjustable, too, so don’t worry if you’ve got a big head like me, because it’ll fit just fine.

Really, that’s all that needs to be said about the Elite Pro. It’s fantastic, and you don’t need to buy the expensive extras unless you’re a dedicated streamer with a very specific setup. If you’re in the market for some headphones for you PC or console for gaming, you’d be a fool not at least consider these, because everyone in our house that has done so, has wanted to keep them.

So comfortable
Sound great
Everyone will want to use them

Bit expensive
Everyone will want to use them

If you're in the market for some headphones for you PC or console for gaming, you'd be a fool not at least consider these, because everyone in our house that has done so, has wanted to keep them.