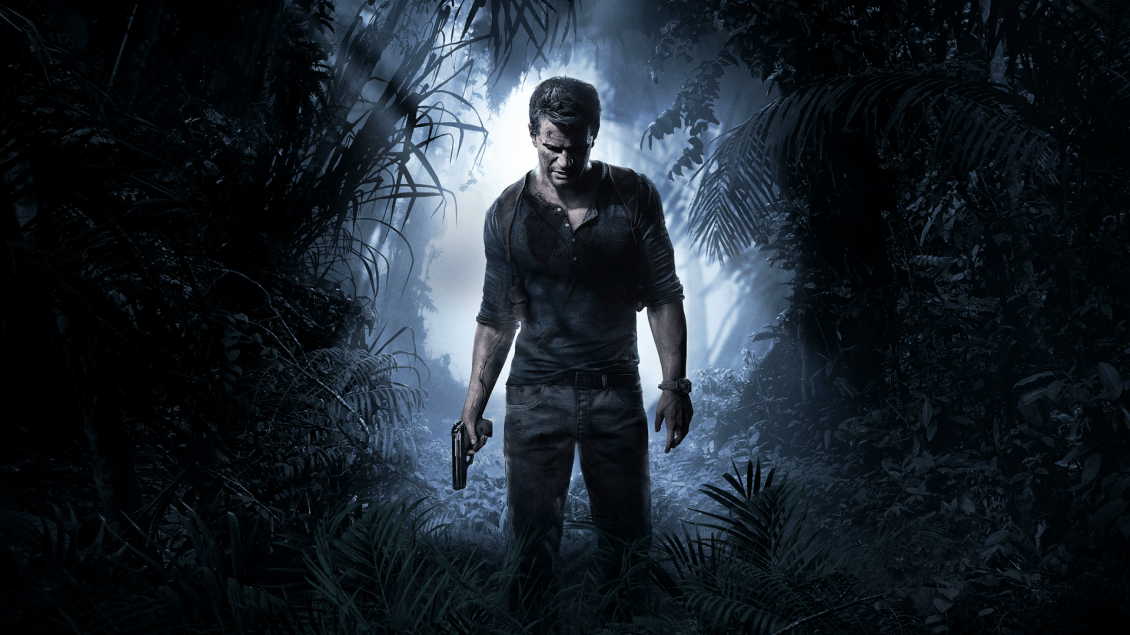 You’ve seen plenty of Uncharted 4 already, haven’t you? If you’re a gamer it’s been unavoidable, so in the interest of answering one of the most frequently asked questions right away, I’ll just say it: no, it doesn’t look as good as the trailers have portrayed it – in fact it looks far, far better. It’s visually astonishing. Naughty Dog has made the best looking console game to date, and all the fears you had can be put to one side. No, it’s not littered with conversation choices (and I’ve no idea why they made such a big deal about them). No, it’s not a dark, gritty take on the series because Neil Druckmann (The Last of Us) is at the story’s helm – quite the opposite. In many ways this is the most jovial Uncharted to date.

In fact, there’s a moment quite early on that made me beam from ear to ear. I don’t want to overplay it, and I won’t spoil it, but A Thief’s End has sedate beginnings, perhaps to ease in newcomers to the series. Sure, it starts with an explosive bang, but it quickly settles into tutorials for the first few chapters, and is more about setting the scene than bombast. Then there’s a particular section – a beautiful, emotive scene that has a surprise so great that you couldn’t guess it in a million attempts. It instantly reminds you of the what Uncharted is all about: it’s about Nathan Drake, an affable, cheeky scoundrel of a man who cracks wise while he knocks heads. He’s human yet superhuman, strong yet emotionally invested. It’s marvelous, and comfortably the best scene I’ve witnessed in a game for a great many years.

And it works so well because of how good it looks. At the risk of spending too long on the visuals, you really can’t ignore them. Facial animations are on point, even when in the game engine and there’s just a chat happening as you explore the environment. Lighting effects are so beautifully executed that there are moments when a woman with an afro haircut stands out as the light blooms through the thinner strands of her hair near the tips. While it can be subtle, when noticed it’s unforgettable. But there are plenty of moments of bombast, too, as the Drake brothers will crash through ceilings, windows, and… well, everything and anything, really. Visually, Uncharted 4 is flawless, pristine, and gorgeous. Seriously, there’s no loading after dying, cutscenes go seamlessly into gameplay, every texture is meticulously designed and placed – this is a technical masterpiece. But the attention to detail and realism can be to its detriment on occasion. Sometimes Nate will seem unable to get past people in a crowd, or even his brother. It won’t last long, but it’s a minor irritation. Sometimes his natural animations give way to the gamey nature of the series, and make traversal slightly less fluid than it could be – though very rarely, and never when it matters. On the negative side, the gunplay still isn’t among the best in class. It’s great fun when it goes your way, but when a shotgunner has appeared close to you and you’re poorly equipped to deal with him, you’re going to see that death screen and feel like it wasn’t your fault. Enemies (on normal difficulty, anyway) can still feel like they absorb too many bullets, too. What I’m saying, really, is that this is very much an Uncharted game and isn’t going to change your mind if you dislike the series.

The AI (both friendly and enemy) is far better, too. In a fist fight, if you’re grabbed, your friends will come and free you or even grab enemies for you to beat up. Gun-toting mercs will move a lot and make your life difficult in a gunfight, and often the large encounters can be done via stealth. Long grass hides you as you stalk your prey, but there can be upwards of ten enemies all moving around, so if you want to kill them all silently you’ll need to use ledges, long grass, water, and the vertical nature of the world. It’s supremely satisfying when you manage it. But rarely do we find perfection in life, and as such, you can still run sideways at a guard and quickly take him out with a melee before he can alert others – it’ll leave you wondering how he didn’t see you from time to time.

In terms of what’s actually changed, there are now optional dialogue moments during gameplay that are taken directly from The Last of Us, and help flesh out the world a little. You can talk to someone about how they caught up to you, and it makes you feel like the world is actually real. There are a few moments (and I mean a few, really) where you can make a dialogue choice during a cut-scene, but they are, again, to add a layer of interactivity to the longer scenes, and don’t affect the story in any way. I may be imagining it, but there seems to be less out and out murder this time. There’s lots of gunplay (don’t worry), but this time there are plenty of chapters that involve climbing and exploring, too. On that note, the story is one that’s engaging, heart-wrenching, and interesting. There are twists and turns, but forgive me for not talking about the narrative too much, here. Those that worried losing Amy Hennig from the series would mean a change of tone can worry no more, Druckman understands the series and, again, this is Uncharted through and through. That said, there’s a definite leaning towards a more mature, or grown-up narrative. The characters were always believable but now Drake and friends feel identifiable in some ways – sure, they’re on a ridiculous treasure hunt, but the problems that reveal themselves as the story goes on are entirely normal, natural ones. Ultimately, I’m entirely satisfied with where the story goes and how it concludes. By the end I was so invested I didn’t want it to end, and the pacing (in terms of story and gameplay) is exquisite throughout.

If you can forgive the daft “line-up” intro thing that character action shooters are doing these days, in the multiplayer you’ll find a 60fps (the campaign is 30) cover based shooter that is a lot of fun, and stands out by using the single player’s rope throw swinging move, along with the traversal you’d expect in an Uncharted title. You’ll earn currency by playing, which lets you buy things from the in-match shop that can change the outcome of a skirmish. Mystical specials can do large scale damage, or revive lots of your team, or even ping the map to alert you to enemy positions on your radar.

Daily challenges, perks for weapons, items, and specials are par for the course these days, but this multiplayer feels very well balanced. Got a guy suppressing your teammates? Swing your rope until it gives a visual clue that it’s charged, then sneak round and clock them in the head for an instant down, allowing you to quickly KO them. Whereas previous Uncharted games have felt like a tacked-on solo experience as a multiplayer, here the focus is on teamwork. The skills and items all have their uses, and having someone with the revive pack in the team can be the difference between victory and defeat. The maps flow beautifully, and swinging around taking potshots at your foes never gets old. They all feel different and have natural choke points that can host large battles, before the teams disperse and move onto the roofs, nooks, and crannies to try a different tactic. At its best, the balance feels terrific, and reminded me of how great multiplayer can be when it all works. That said, there’s already some incredibly good players, so Naughty Dog will need to be on top of that balance and ensure it stays fair for all.

A Thief’s End approaches and often betters the pinnacle of the series in Uncharted 2. The set pieces are memorable, and just when you’re exhausted from the last piece of action, another comes along and tops it. As of right now it’s my favourite game in the series, and the best looking game I’ve ever played. On top of that, it’s the most enjoyable third-person shooter I’ve played in ages. I’ve loved this series from the beginning, but a new high bar has been set in Uncharted 4. Naughty Dog have created a truly memorable game, and one of the very best of the current generation.

Some awkwardness in cover.
Enemies are still bullet sponges.

I've loved this series from the beginning, but a new high bar has been set in Uncharted 4. Naughty Dog have created a truly memorable game, and one of the very best of the current generation.