previous
Mekazoo Review
random
next
The Walking Dead: A New Frontier - Episode 1: The Ties That Bind Us Part One and Two Review
0 likes 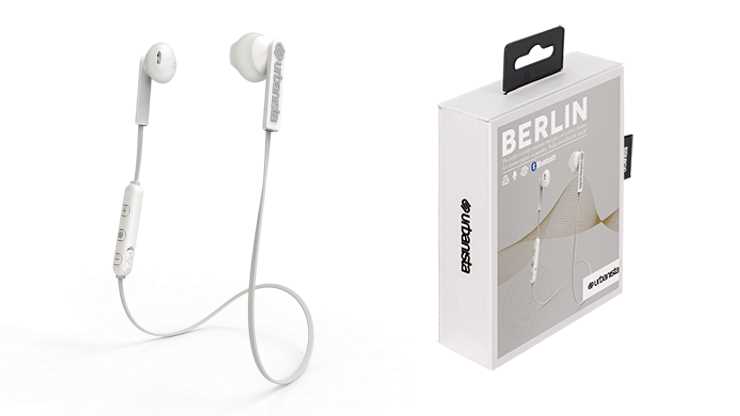 You either love wireless headphones, or you don’t, and the budget priced Urbanista Berlin’s aren’t going to change that. Coming in a variety of colours (white – reviewed – black, rose gold, and blue petroleum), they’re small and inoffensive, but not so small as to be easily lost. Indeed, this is a no frills set of earphones, and they do the job just fine.

That may be damning with feint praise, but at £39 they don’t do anything special, they just pair up with your chosen device via a simple long press of the middle button and they work.

So what are you actually getting for your money, then? Well, in all honesty, the sound quality isn’t brilliant. I found them to be slightly lower in quality than stock Apple EarPods, though I think it’s important to note that I’m someone who actually digs those earphones, and I’ve always found they sound fine and fit my ears well. Sure, they aren’t top quality like the Blue Lola‘s, and you won’t pick out the tiny details you would with an expensive headset, but for podcasts and day-to-day listening, they’re fine.

And that’s exactly what the Berlin earphones are, as well. They’re “fine”. I think most people will notice a drop-off in quality, but will put it down to the bluetooth connection (I don’t think that’s the reason, but it’s an internal justification for most people). One thing I found harder to forgive is that they earbuds seem large. I struggled to get comfortable with them at all, which might be a blessing in disguise for some people, or a nightmare for others. Those of you who find they need a chunkier set of earphones will be over the moon, for me, it made them very difficult to use for long periods.

But that’s something which is very personal and hard to judge. What is easy to say is that the Berlins don’t lose signal often, and are fine for phone calls, and don’t feel like you’ve a ridiculous amount of cable hanging around your neck. The built in mic is fine, too, and as a set of earphones that are easily thrown into a bag or pocket, they’re fine.

There’s that word again, “fine”. The Berlin Wireless Earphones don’t do anything spectacular, but are priced accordingly. If you’re in the market for a cheap but well made set of wireless bluetooth earphones, you could do a lot worse.