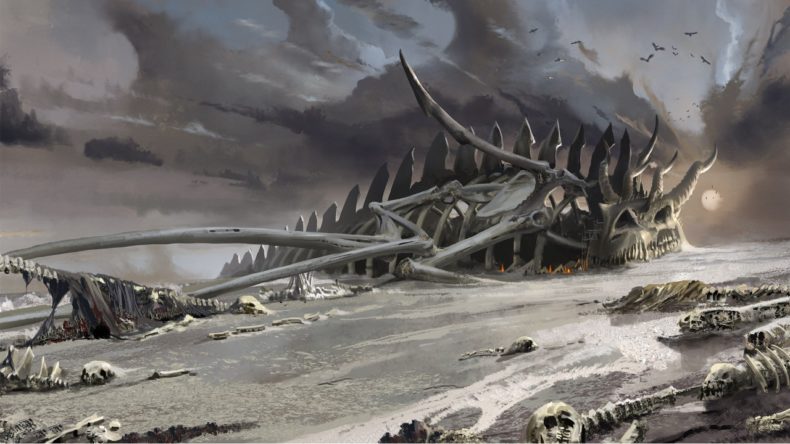 Vagrus: The Riven Realms seems to pride itself on being tough, and I’m not sure it’s a good thing. At a certain point being a brutal challenge became a bizarre badge of honour for some games. Which is fine for some genres. Soulsborne games, or (shudder) masocore games, pride themselves on it and that’s okay. The good ones are designed in such a way that they are universally difficult. You’ll only overcome them either by getting good, or learning how to use what the game gives you to build the right kind of character.

Other games, though, are just hard for the sake of it. They really on either dialled-up numbers or, worse, the dreaded random number generator – which is then deliberately skewed against you. Vagrus: The Riven Realms falls into the latter category, and it’s only because it somehow remains compelling that it gets away with it. 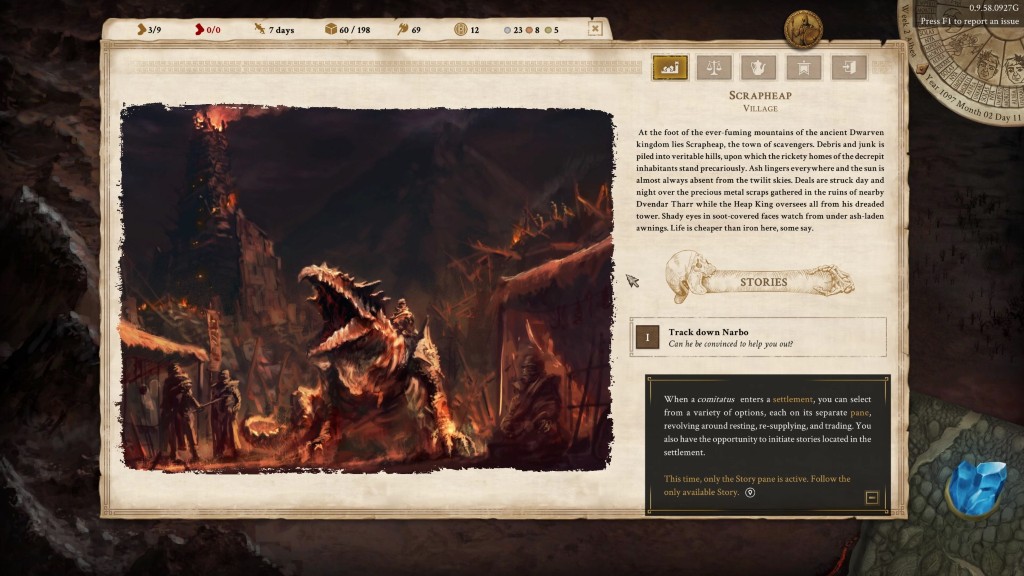 Your role is that of a Vagri, the captain of a caravan (called a comitatus in-game). In this desolate world, all lay in ruins after the gods decided they’d had enough of people being shit and had a good old fashioned Apocalypse. In the aftermath, a cadre of dark otherworldly entities slipped through the tears in reality to visit evil and death upon what was left of the world.

Previously modelled on ancient Rome, the remnants of Vagrus’ world are decaying temples, rotten gardens, shattered amphitheatres and endless wastelands. Caravans are necessary for transporting goods and VIPs across these wastes, but beasts and bandits and demons roam the wilds. It’s a dangerous business, and Vagrus: The Riven Realms likes to remind you of that often.

When you first start, you’ll need to create a character from a variety of elements that will send small ripples through the game. There’s no strong narrative, and instead Vagrus: The Riven Realms seems to want you to write your own story in its savage land. You can choose to play a tutorial story called Pilgrims of the Wasteland if you wish, though, which I’d recommend, as Vagrus doesn’t like to hold your hand. 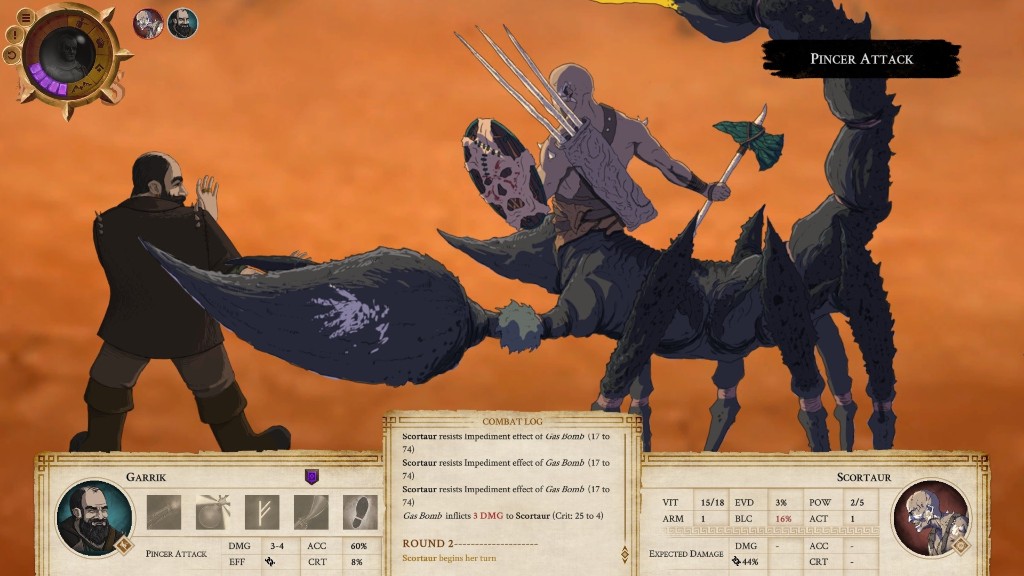 A vast portion of the game is spent in towns and settlements, trading goods and services. You have limited space in your cargo hold and your armour and weaponry is somewhat lacking initially, but the longer you survive and the more quests you complete, the tougher you’ll slowly become.

There are ten factions scattered about the world, all of which require your help. Some are in direct conflict with others, and Vagrus uses this to force difficult decisions upon you. In fact, one of the things that makes Vagrus so interesting is that you won’t always know the effects of your decisions until later. Tackling different quests in a different order, or visiting settlements at different times can lead to very diverse playthroughs.

Random events can pop up inside cities and camps, which will sometimes force you down a certain path. At the best of times this opens up new routes, quests and rewards; at the worst of times this will lead you into situations you are underprepared for. Every time you set out into the wild you are rolling the dice on your entire playthrough. I’m not exaggerating, either. Random encounters with enemies can lead to fights you can’t win, while wandering blindly into new areas can see your caravan corrupted, poisoned, or beset. You lose people regularly, and unfortunately there are some situations you simply can’t prepare for the first time. 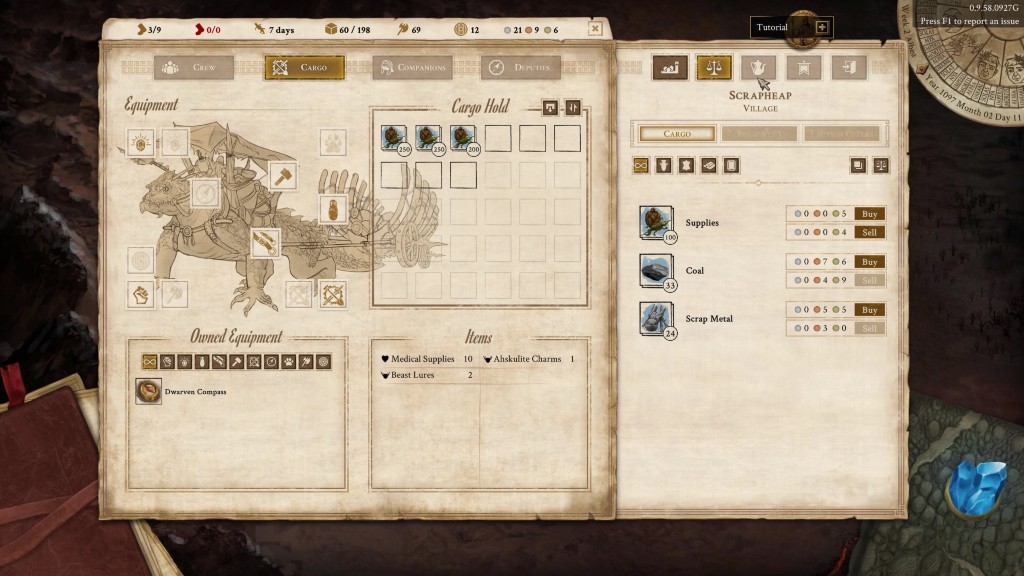 Vagrus: The Riven Realms throws a lot at you. Learning the ins and outs of trading will take a while, and learning what’s worth transporting and which risks are worth taking is half the battle. It’s often a very slow and methodical game, broken up by combat – both large and small scale – that will test your patience.

The small scale combat is turn-based and dependant on reading the enemy. The closest example I can think of is Darkest Dungeon, whereby you take it in turns to launch attacks and damage or other negative effects persist through the following game. These fights are tough, make no mistake. Sometimes you’ll get lucky, but the RNG seems so hell-bent on punishing you for no real reason that I actually came to dread these confrontations. Some people will relish in it and praise the no-nonsense immersion. I just wanted the game to not hate me all the time.

Sadly, the large scale battles are just as hard. These will often involve your entire caravan, even the non-fighters, and if you lose it’s usually game over. There’s an element of tactical play here, but honestly, I lost more of them than I won. This is not to say the combat is bad – but you probably need a much more even temper than mine. You certainly need a lot of patience. 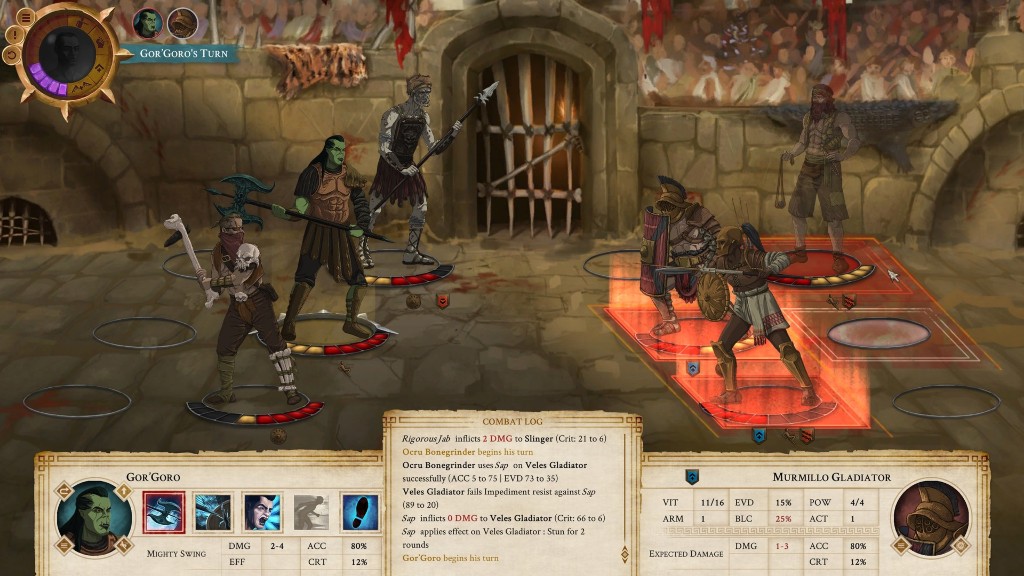 But Vagrus: The Riven Realms is designed deliberately like this. You will, through any given playthrough, come to rely upon your staff. Caravan workers, bodyguards, scouts, animals – all these need to be managed and cared for. When they start to die because of your bad decisions, you may not get emotionally choked up like in, say, XCOM, but you will feel the pinch of frustration.

After a while the very thought of venturing out into the wild genuinely made me nervous. I was never sure I had enough provisions, or enough protection. When you suffer a devastating attack half way through your journey and it’s just as dangerous to push on as it is to retreat, the sense of dread is palpable and, to be very fair, super effective.

If you’re looking for a very different kind of management sim and a steep, borderline mean challenge, Vagrus: The Riven Realms is the game for you. This isn’t for the faint of heart, but like all tough games, success is its own reward.

Relies heavily on RNG
Not always clear what to do next

If you’re looking for a very different kind of management sim and a steep challenge, Vagrus: The Riven Realms is the game for you.