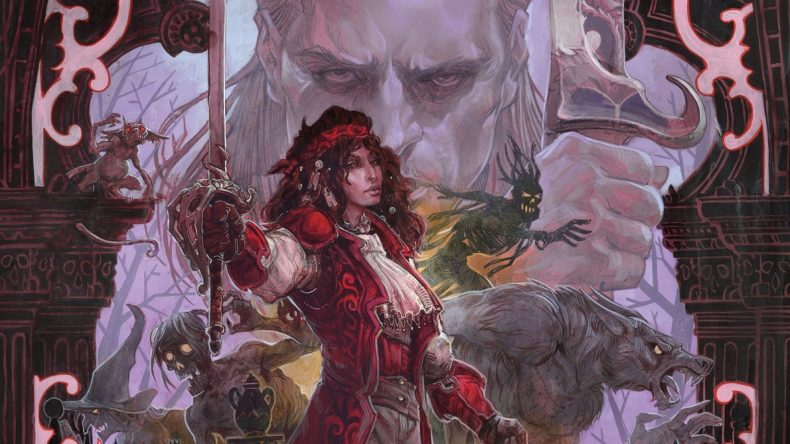 Dungeons & Dragons has become the perfect pass for many players in recent years. With the entire world confined to their homes for the past year, DnD has meant our imaginations can be set free. Even though we couldn’t go to the pub or even the next town, the pen and paper RPG has allowed us to escape to new worlds, and meet characters and creatures beyond our wildest dreams. Van Richten’s Guide to Ravenloft is a wonderful sourcebook that helps to bring our darkest fantasies to life. With horror at its heart, VRGtR is a wonderful tome to ignite the imagination.

First appearing as a standalone adventure module in 1983, Ravenloft became a firm fan favourite, introducing Strahd von Zarovich as a vampiric villain that became a DnD icon. It became a fully-fledged campaign in 1990, and saw subsequent novels released. Most recently, the adventure book Curse of Strahd hit shelves in 2016, becoming one of the best of the 5th Edition era. Van Richten’s Guide to Ravenloft is filled with brilliant ideas and settings for both DMs and players alike. It features the concept of Dark Lords and the Domains they rule. Covering every genre of horror imaginable, there’s something here for everyone.

It starts by providing players with the opportunity to change their existing race to one of the new ones featured. This is the beauty of VRGtR. You’re free to use these lineages to change a bard or sorcerer into the new Dhampir, Hexblood, or Reborn, or start a new adventure with these lineages from the off. The Dhampir are akin to vampires, hungering for blood or other things, gaining abilities like darkvision or increased speed. Hexblood have eldritch magic flowing through their veins, bartering with hags to fulfil their wildest dreams. Reborn are fallen heroes who have died yet return with new powers, sometimes tortured by the memories of their past. 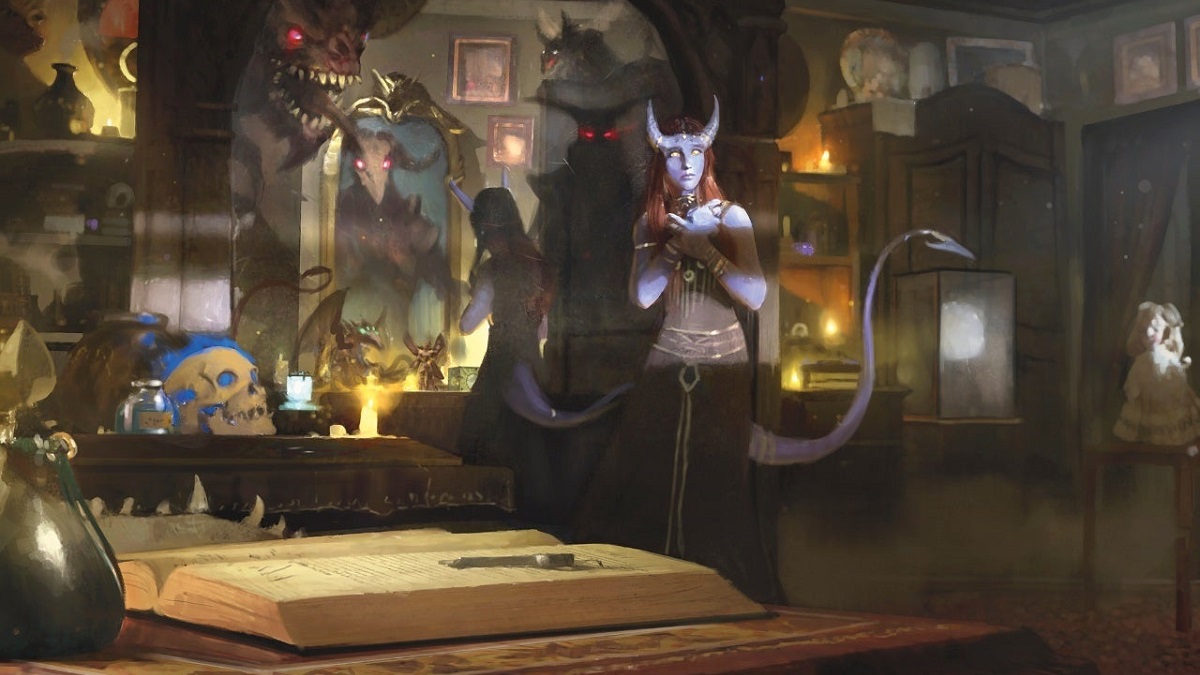 If players choose to equip a lineage to the character, DMs have plenty of options to make it work. VRGtR provides plenty of tools to help, such as a wide range of new traits, ideas for origins, and much more. Dark Gifts are another cool factor of the book. They are opportunities to grant players a mysterious power, but can often result in dire consequences. These Dark Gifts are earned from making a bargain with a demonic force, witch, or vampire, from a dangerous curse, or a “voice whispering from a mirror.” Of course, DMs are free to create their own, which is the beauty of them.

Each Dark Gift grants a whole host of proficiencies and abilities. Echoing Soul provides players with proficiency in two skills of their choosing and to speak in an additional language. Second Skin allows players to use the Alter Self spell and harness the effects of the spell’s Change Appearance. Deadly Touch lets you attack an enemy with necrotic damage, their damage resistance ignored if they are resistant to necrotic. Each Dark Gift gives a brief description, along with a detailed breakdown of how it works.

For DMs who want to implement a horror aspect to their campaign, VRGtR provides a healthy amount of options to do so. However, there’re around 40 settings available to create an entire campaign. Barovia is here, featuring legendary vampire Strahd, but many of the others are just as amazing. Borca features a gothic horror theme, where the aristocrats toy with common folk, and Har’Akir, a place filled with mummies and ancient threats. Homebrews can be fleshed out, especially if DMs are having trouble building an entire continent or realm. They offer backgrounds into the land’s history, the various settlements found there, their Dark Lords and how to roleplay them, and more. 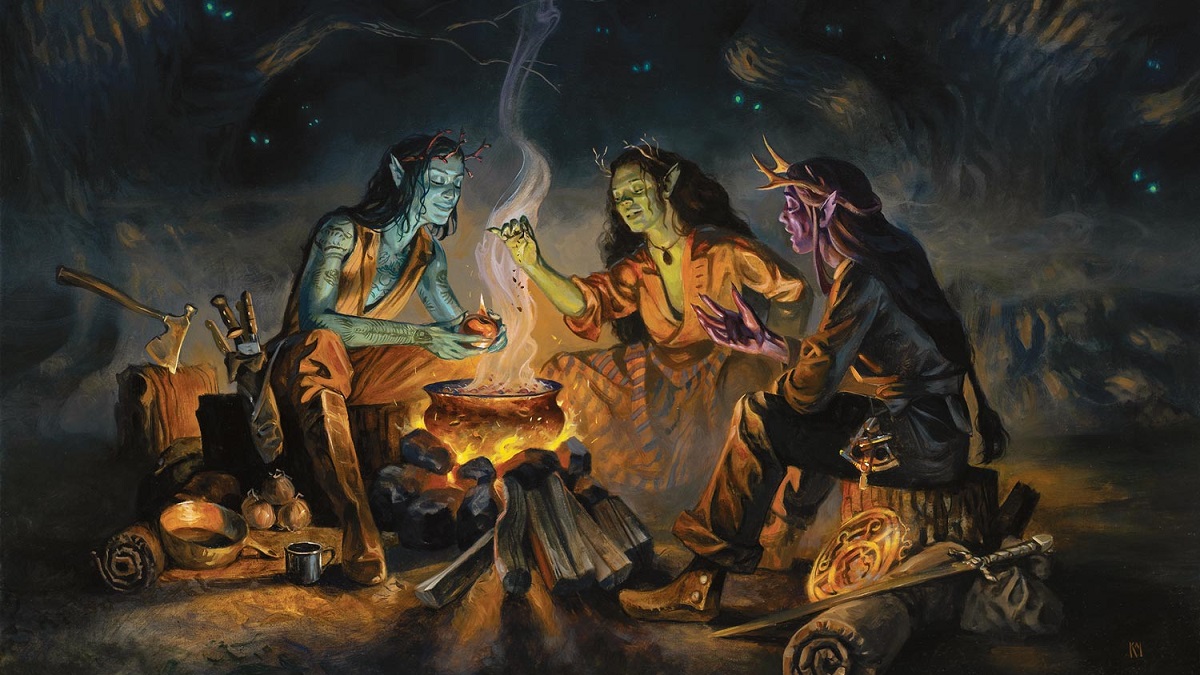 The whole concept of Domains of Dread are enough to spark imagination and creativity alone. Wandering the mists of the domains helped me to create an entire four-hour session. Currently 80 hours deep into my own campaign, I had my players visit a forest entrenched with body horror and gore. VRGtR gave me the tools to inflict torment on my adventurers. I turned their own memories against them and set them on a path that saw them face off against one of the new monsters, Nosferatu. I had a coven of witches already written into my story. They live in a place called Crimson Hollow, and finally, my players ventured there for the first time.

Van Richten’s Guide to Ravenloft: Adapt it however you like

I was able to use the book to adjust them slightly so they were Dark Lords, and Crimson Hollow was their domain. With VRGtR, I employed the foundations of the early stages, taking ideas from the ‘Genres of Horror’ chapter, and setting them on a journey that I doubt they’ll ever recover from. I threw elements of the book into it and scared the shit out of them. My friend Dan said he really enjoyed it, and my daughter was genuinely terrified. I’d call that a win in my book. This is the beauty of Dungeons and Dragons. You adapt what you want. You can use as much or as little. Everything can play a role in your campaign, regardless of themes or settings. The most important thing is that you all have a great time while doing it.

There’s so much more to Van Richten’s Guide to Ravenloft. How to prepare an adventure, a bestiary with new monsters, subclass options for Bards and Warlocks, and how to create backgrounds to the settings you want to craft. VRGtR is one of the finest books from the 5th Edition. If horror is your thing, this will help you to build some terrifying moments. The artwork is stunning as always, and the writing is engrossing to read whilst at the same time easy to understand. If you’re new to DnD and want to build an adventure that doesn’t involve the typical tropes of the fantasy genre, you’ll find more than enough to do so here.