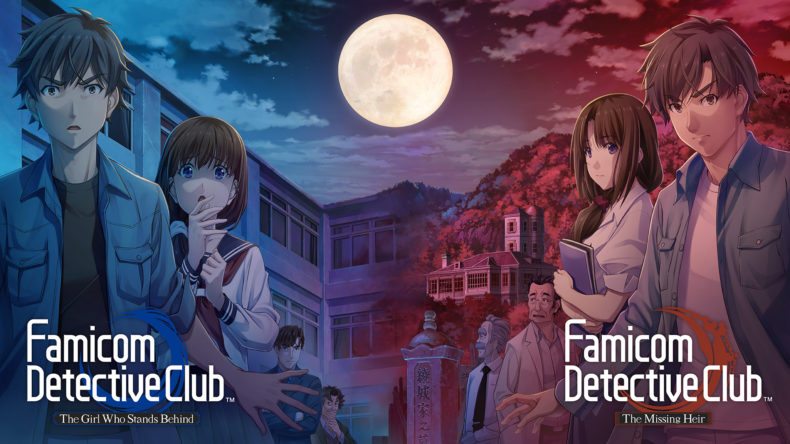 As far as Nintendo exclusives go, you can’t get much more obscure than the Famicom Detective Club games. Released exclusively in Japan in 1988/9, the two games are some of the earliest visual novels in gaming. Notable for their incredible writing from soon-to-be Metroid director Yoshio Sakamoto, fans loved the twists and turns of these murder mysteries. Now for the first time, a western audience will get to experience both Famicom Detective Club games in this ground up remake.

Both of the Famicom Detective Club games are included in this package, offering around 6 hours of murder and deception each. In both games you’ll be playing as a teenage detective working for the Utsugi Detective Agency, and will have a specific case to solve. The Missing Heir is the first game in the series, although not chronologically.

After losing your memory after falling off a cliff, your investigation into the well off Ayashiro family must be started from scratch. Kiku Ayashiro has recently passed away, and with a hefty inheritance and business interests at stake her butler suspects foul play and hires you. It’s not just a case of corporate greed you’ll be solving though, because before long the villagers start seeing deceased matriarch Kiku wandering the streets after dark. 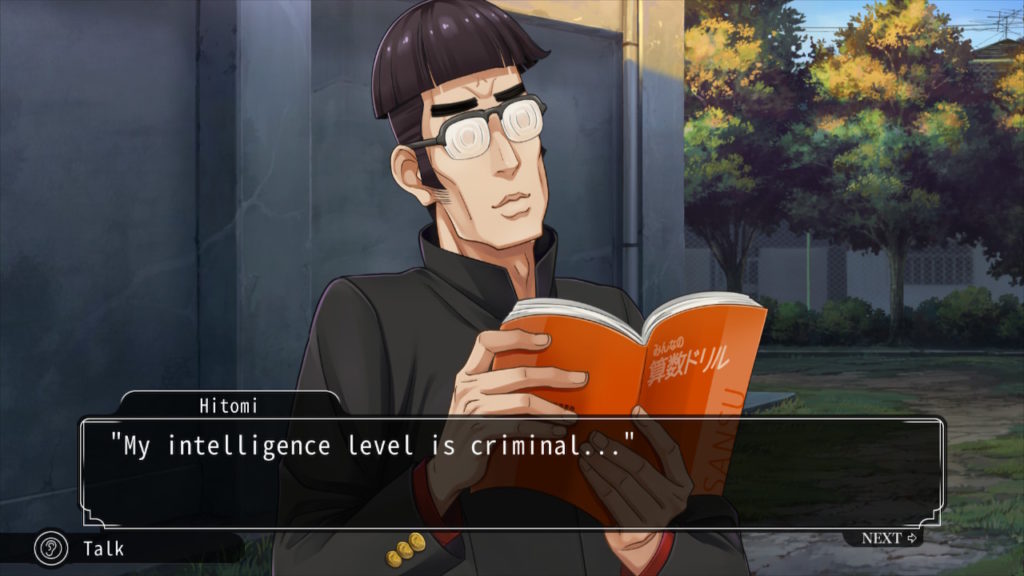 To solve this unusual case, you’ll need to use all the tools at your disposal. At each area you visit you have a list of commands you can use to gather new evidence. It’s a pretty straightforward system; if there’s a witness you’ll probably want to talk to them or show them evidence, if there something odd on the ground you’ll want to examine it or take it, and if you want to go somewhere else you’ll want to travel.

The game only progresses when you’ve found out everything you need to, and it isn’t always easy to figure out what to do next. Sometimes you’ll need to ask about the same topic 3 or 4 times to get more information, and other times you’ll need to examine a certain spot that’s easy to miss. I never got stuck for more than a couple of minutes though, and it’s pretty easy when this happens to just try everything until something sticks.

When you’re struggling, it can also help to make use of your Notepad. This handy folder of evidence contains details on everyone you encounter on your quest, and as you read through someone’s notes, other characters they have connections with will be highlighted too. It’s a great way to make sure you understand what’s going on, and eventually might help you find a killer.

It’s fair to say that a lot of murder and sightings of the living dead aren’t particularly common in Nintendo games. Both of the games are packed full of adult themes and horror elements, and are generally pretty gruesome. There’ll be more than one occasion where you’ll need to check out a hideous corpse for evidence, while their lifeless face is twisted into a horrific death grimace. 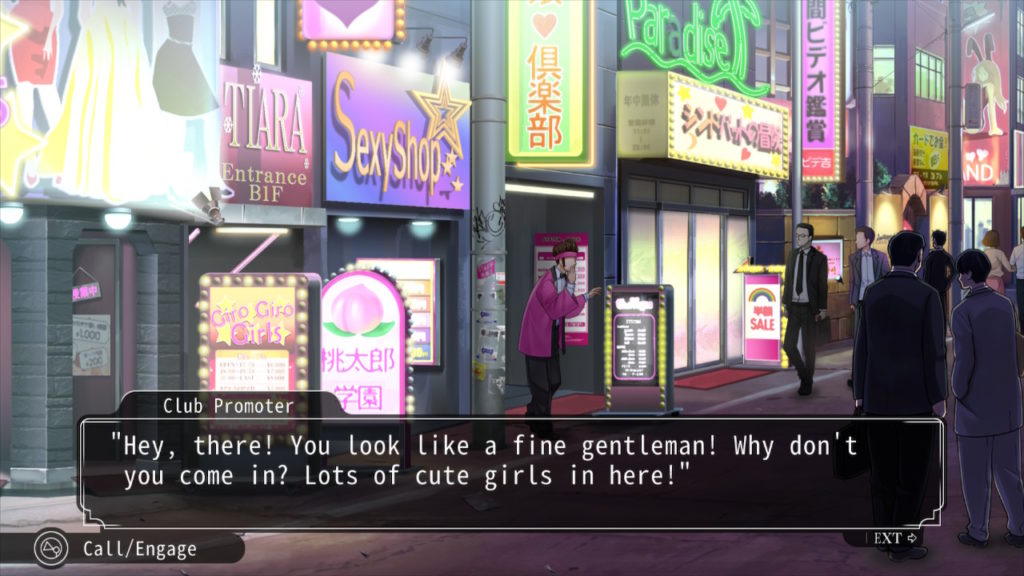 A big part of The Missing Heir is your quest to get your memory back. You told your partner Ayumi that you’d cracked the case just before you took an amnesia tumble, so it’d be ideal if you could remember everything. This manifests itself in-game with the remember command. If you’re in a location you’ve been before, or have a bit of deja vu, using this can reveal more information.

Once you’ve wrapped up The Missing Heir, you’ll have The Girl Who Stands Behind waiting for you. Set two years before the first game, the prequel features one of the earliest cases in your investigation career. After schoolgirl Yoko Kojima is found washed up in a stream, Detective Utsugi decides that you’d be the best person to blend in and gather evidence at the school she attended. 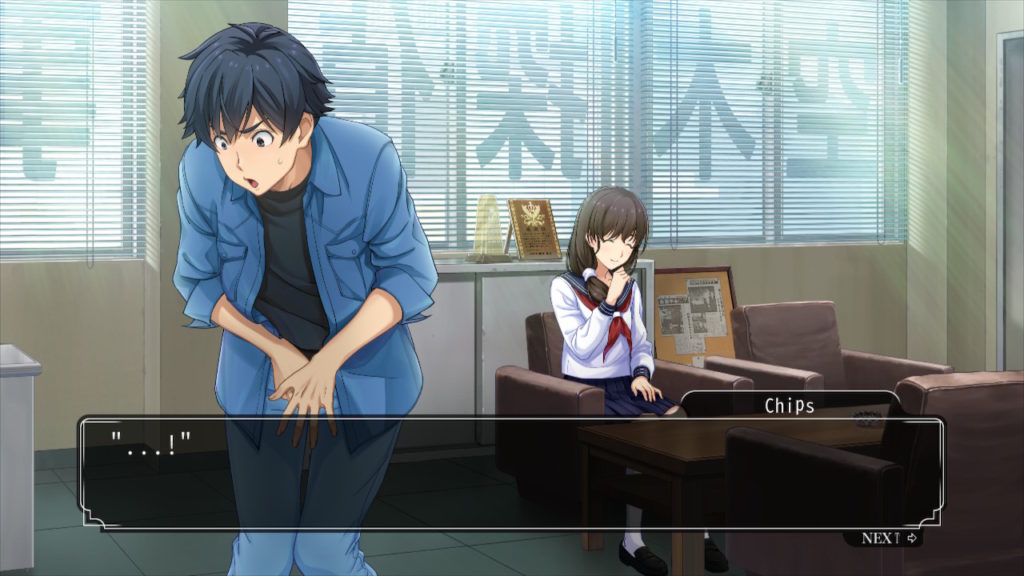 Almost immediately you’ll meet her best friend (and your future assistant) Ayumi, and find out that Yoko was obsessed with the school rumour of The Girl Who Stands Behind. Lots of the students believe in this ghost story of a bloody schoolgirl who peers over your shoulder, and it seems like it could be somehow connected to the murder.

Whereas the corporate backdrop to the opening few chapters of The Missing Heir is a little dull, the schoolyard case of The Girl Who Stands Behind is absolutely engaging from start to finish with twists and turns galore. There’s no amnesia to worry about either, and that option is replaced by the simple but effective Think command.

The story is obviously the main draw to Famicom Detective Club, but the incredible visuals deserve a mention too. The characters just look outstanding, with expressions packed full of emotion that change when responding to your questions. There’s a ton of attention to detail too, with hair blowing lightly in the breeze and backgrounds changing subtlely as you chat.

It’s a little disappointing that with so much effort put into this remake there’s only the option of Japanese voice acting. Other than this unfortunate omission, the sound design in Famicom Detective Club is great. The music accompanying you always really fits the mood, and the sound effects when uncovering a new clue or selecting an option feel delightfully retro. You can also change the audio to that of the original 80s release, which is a nice chiptune change of pace over the modern rearrangements.

Despite being developed over 30 years ago, the Famicom Detective Club duology feature some of the best stories in video games. The command selecting gameplay can feel a little dated and you’ll struggle to progress sometimes, but it’s worth it to find out whodunit. With murder most foul and plot twists aplenty, this double pack of visual novel goodness is well worth investigating.

With an amazing story full of murder and mystery, Famicom Detective Club is a remake worth investigating.