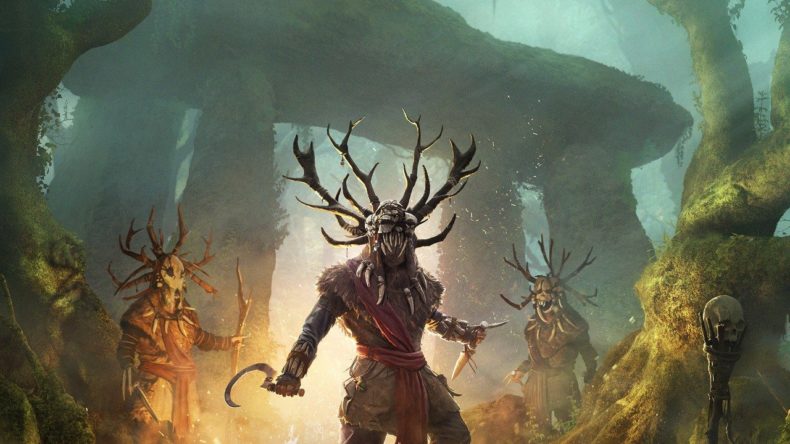 It’s hard to believe that anyone who played Assassin’s Creed Valhalla would have come away thinking that there wasn’t enough of it. A huge, sweeping saga of revenge, ruin, adventure and exploration set across the hills and forests of ancient England or the high, snow-draped peaks of Norway, Valhalla tells a compelling story in a world absolutely heaving with things to distract you from it. But in Assassin’s Creed Valhalla: Wrath of the Druids, Ubisoft tone it down just a little, still overflowing your cup with stuff to get into, but in a noticeably less chaotic way.

Accessible once you’re above Power Level 55 and have completed at least one of the base game’s England story arcs, Wrath of the Druids sees protagonist Eivor summoned by an Irish king to go and visit the Emerald Isle. Out of a combination of curiosity and wanderlust, Eivor agrees, soon learning that the King in question is their own cousin Barid, and the invitation isn’t entirely recreational. 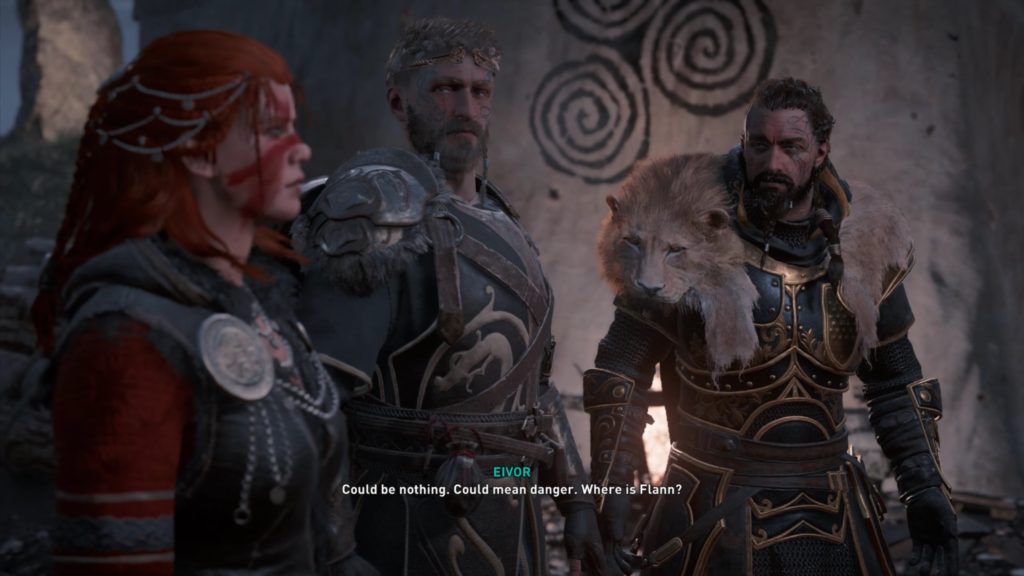 Ireland is in the midst of a political struggle of its own as the people prepare to crown a High King, and once more Eivor steps in with their big Viking boots to steer the course of history one fight at a time. This is a more fantastical story than the main campaign, featuring Druids and monsters and ancient witchcraft. Of course, the monsters could all be the result of the hallucinogenic smoke the Druids like to burn, but that’s all a part of the mystery. See, Wrath of the Druids likes to dig into Irish and Celtic mythology, presenting a smaller, more compact campaign that feels at once more intimate and more imaginative.

Several elements have been trimmed back, though, with things like page-chasing and flyting removed to make room for such side concerns as establishing trading posts around the Irish countryside to enable fast travel and bring goods into Azar, the exotic merchant whose agendas seem to extend far beyond the fate of Ireland. It is Azar who first brings Eivor to Dublin, and she is integral to building up the fledgling port. By securing trading posts and ransacking every last pot, crate, box and corpse you find, you’ll generate trade for Azar, which allows you to barter sought-after items such as trinkets, delicacies and foreign fabrics for new armour sets and weapons. 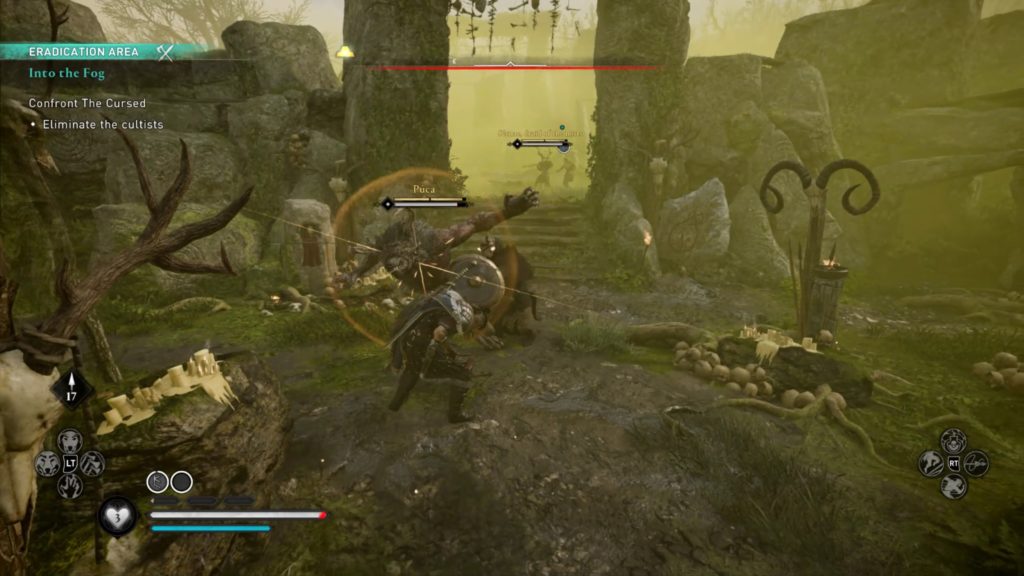 There’s a handful of new abilites like the Smoke Bomb Arrow and the Irish Wolfhound, and there are treasure hoard maps to find and follow, artefacts and mysteries to explore, and a handful of secrets to uncover out in the Irish wilderness. A fair amount of your time will be spent performing duties for various kings that you’ll find detailed in notes stashed in Pigeon Coops dotted around the map. These usually involve clearing camps or killing specific targets, but with bonus objectives like not killing non-essential targets or taking no damage.

In Wrath of the Druids, the Order is replaced by the Children of Danu, a barbaric Druidic sect you’ll be charged to hunt down through the misty marshes of 9th Century Ireland, each death revealing clues to the next target and increasing Eivor’s renown with the disparate kingdoms of this proud island.

Combat remains largely unchanged, though you’ll be arriving in Ireland with a suite of skills and weapons already secured thanks to the recommended level. I will give Ubisoft some praise here that, despite not adjusting my personal settings since playing through for review, the game is much more stable. I had switched to the Xbox version after about 30 hours because the framerate just wasn’t improving, but returning now to the PC version I can happily report that they’ve done some solid work stabilising the experience. 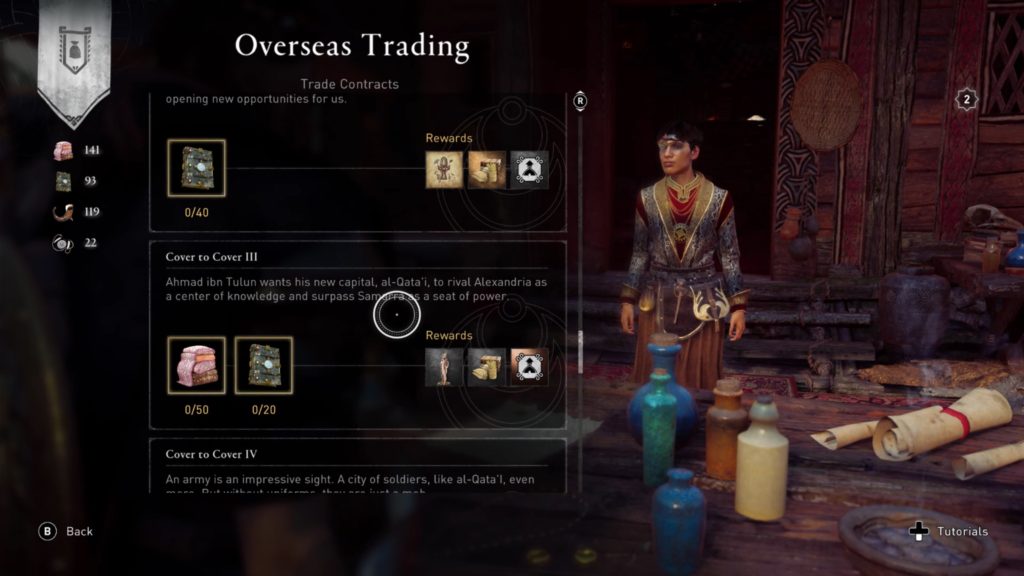 Because Assassins Creed Valhalla: Wrath of the Druids is an experience. Ireland is a stunning place to explore and, although not often drastically different from England, it repeatedly throws out new sites and locales to dazzle. Whether cresting a mountainside beneath the pale moon, wading through waste-deep bog water that births billows of rolling fog, or racing across a vast meadow in the afternoon sunshine, it remains a gorgeous game world throughout. And it feels so vital, too, with a huge variety of wildlife on the ground and in the air, and hundreds of NPCs going about their business, fighting, talking, or rolling in the hay.

As an extension of Valhalla, Wrath of the Druids is exceptional. Varied and full enough to compel you to explore its mysteries, yet never losing sight of what made the base campaign so much fun, it presents a stand-alone story that almost makes you forget about the trouble and strife of England as you tackle fresh foes alongside new companions. Characters like newly-crowned King Flann, poetess Ciara, and the wily Azar do more than just flesh out the world – they feel a part of something grander than that. There’s an ever-present thread of emotion that runs through the narrative, and I think a lot of it is down to the voice acting. While some can be hit and miss, Eivor is a wonderful protagonist, and the pride and determination of the time comes through all the more because of that.

If you previously ploughed a hundred-plus hours into the base game and came away fatigued, the influx of new gear and items as well as the mysterious, shape-shifting Druids might quicken you – but it’s hard to say for certain. With somewhere in the region of 12 to 18 hours depending on how much you want to rinse the new content, there’s a lot to get stuck into here, making Wrath of the Druids feel like an essential download for fans of the base game.

Assassin's Creed Valhalla: Wrath of the Druids presents a good 12 to 18 hours of new story and side content, with loads to get stuck into.

You may also like
Assassin's Creedassassin's creed valhalla: wrath of the druidsPC