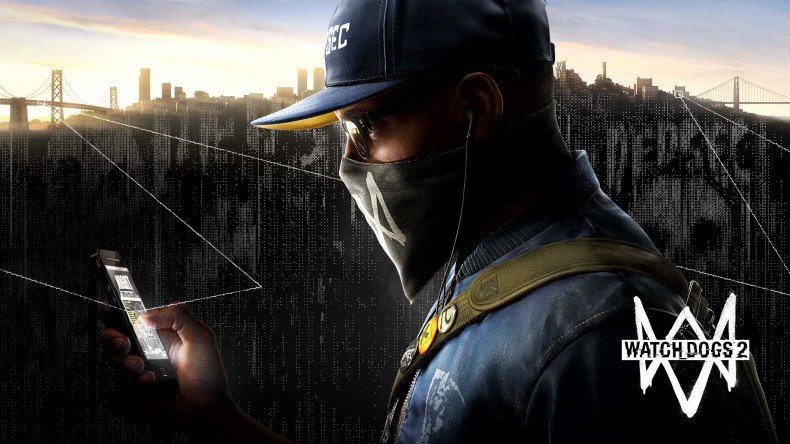 Technology is a dangerous beast. It can bring about debt with a simple click of a button, ruin somebody’s life through social media leaks, and instate great fear though data control. How many times do we post on Facebook or Twitter and think little of what data is travelling to every corner of the world via a post about tasty breakfasts or a boring party? As a world swallowed whole by internet culture, we create 2.8 billion terabytes of data every year. That’s fucking crazy, right? Well imagine how much of that can be corrupted, altered and stolen by the people who know how. It’s nice to know people want to protect our freedom, our information and our livelihood; it’s nice to know we have DedSec.

In Watch Dogs 2, we are introduced to Marcus Holloway, a young hacker with plenty of enthusiasm and empathy for those who have been wronged by the digital thieves of the world; there are plenty of companies trying to steal from the unaware, manipulating our naivety and our innocence so they can become rich. Marcus joins DedSec and decides enough is enough, set on making sure those that try and rob the general public are stopped and exposed – like a modern day Robin Hood and his Merry Men. The story is exceptional, and throughout you’re hooked on finding out what’s going to happen. Marcus, Sitara, Wrench, and the rest of the crew have completely different personalities, yet all are interesting in their own way. One of the characters called Josh seems to be on the autistic spectrum, and amongst the humour of the game, Ubisoft treats his condition with the attention it deserves. The tone is much lighter than the original, though. For starters, the characters like to have a laugh. They talk about hypothetical fights between Predator and Superman, what kind of Star Wars character they are, and loads more. The personalities all work well together, and they’re well-acted and voiced. There are no awkward interactions and no joke falls on deaf ears; it may be because I’m a massive nerd, but every bit of banter feels natural and really funny, especially when they delve into science fiction conundrums. Even though there are some pleasant reminders and references to the original, this is a new, neon-soaked roller coaster ride of fun, chaos and diversity.

As for the city of San Francisco, I’ve never seen an open world as alive or as versatile as this one. I’d go as far as to say this is the best open world I’ve ever had the privilege of exploring. Not only is each area different, the NPCs all have their own story and their own lives. You can turn a corner and see a couple of douchebags trying to flirt with someone who clearly isn’t interested, a drunk dude wobbling all over the place, street artists creating masterpieces under freeways and even couples taking photographs and stroking their dogs at the beach. Silicon Valley is full of technology and internet companies like the remarkable Nudle HQ, and the heart of San Francisco is filled with gay people dancing, holding each other and embracing the love under rainbow flags and rainbow banners. The sun is shining, people are living life to the full and every area of this fictional San Francisco begs to be explored. Great gameplay is vital if you’re to enjoy the world around you, and thankfully, every aspect of movement and adjusting to your equipment has been improved ten-fold since the first game. There’s an element of parkour which helps you to get about much faster, and driving is much easier to do since the last game. The handbrake feels a lot more natural to use in Watch Dogs 2, and it helped me to evade capture plenty of times simply by hitting it at the right time. Fundamentally, every new skill is implemented effectively and you never feel overwhelmed by the controls you’re given. I found this a bit of an issue in the first game, but thankfully Ubisoft Montreal has got it completely right.

The biggest mechanic is the hacking, and boy have they made it both easy to do and bags of fun at the same time. You can hack a car and make it veer off into a wall, piss people off by surging a current through their mobiles, and even put hits on people that get local gangs to interfere and shoot them dead. A neat upgrades system will allow you to unlock more as the game goes on, and they can really add to your hacking abilities. The missions almost always require you to use hacking, but you’ll rarely find the same kind of mission twice. Hacking always feels fresh, and as you unlock upgrades and tools to make it easier, hacking becomes second nature. Not only do you unlock skills and abilities, you’re given the chance to buy a remote-control car and a quadcopter, both used to scout, steal, and hack the places you can’t quite reach. These items need to be bought with cash, but once in your possession, these items are priceless. You can pimp them up with loads of different decals, but unlocking the ability to get them to taunt guards provides one of the game’s absolute highlights.

Your phone is your most prized possession in Watch Dogs 2: it does everything you want, right from picking your next mission, playing a music track through your headphones or purchasing a car from your garage. The phone is your go to piece of equipment, and it’s always important to use when you’re in need of an upgrade.

Not only do you get to play a load of main and side missions, there’s also an element of multiplayer and co-op if you so wish. Hacking Invasion has returned from the original and there are also bounty hunter missions to take away your focus from the main game for a little while. Some of the co-op missions are fun, but when I tried them out, some of the objectives weren’t available i.e. when Adam and I went into a shipyard to steal a truck, we couldn’t find it. When we had to clear out buildings in search of a prisoner, he wasn’t anywhere to be found. It seemed a shame we couldn’t complete the missions due to the lack of targets; hopefully it’ll be made clearer later down the line, but at present, I’ve had a frustrating time playing it.

All online co-op DedSec events and multiplayer events bleed into the main story; you could be wandering around looking for a research point when some dickhead tries to steal all your Intel. I adored this in the first game, and it works even better now. There’s plenty of room for things to go wrong, and there are plenty of ways for you to take out your hacker.

The biggest issue, and probably the only issue I had with Watch Dogs 2 is the framerate on certain segments of the game. I had minutes pass by stuck on a janky trip over the hills in Silicon Valley; it wouldn’t stop skipping sporadically, and to make it worse, there is substantial screen tearing the further you delve into the game; it got to the point where one of the levels looked awful as a result and I had to turn it off and back on again. Ubisoft has turned off part of the online mode as this is the cause of these drops, but the company assured us it was working on this right up until launch.

Watch Dogs 2 gives you a beautifully crafted world, jam-packed with NPCs blessed with individual personalities, helping to make this fictionalised version of San Francisco feel important and alive. It’s a real shame about the framerate issues connected to the seamless online connectivity, because Watch Dogs 2 gets everything right, from the mechanics to the story to the world. Issues aside, if you’re in need of an open world game that feels like a much needed injection into a fatigued genre, Watch Dogs 2 does it effortlessly.

San Francisco feels alive, versatile, and full of individuality
Story is interesting
Layered characters with interesting personalities
Hacking is so much fun

The missions are varied and intense, and the characters provide plenty of great moments. If you’re craving a game with a gorgeous, busy and unique open world, this is the game for you.