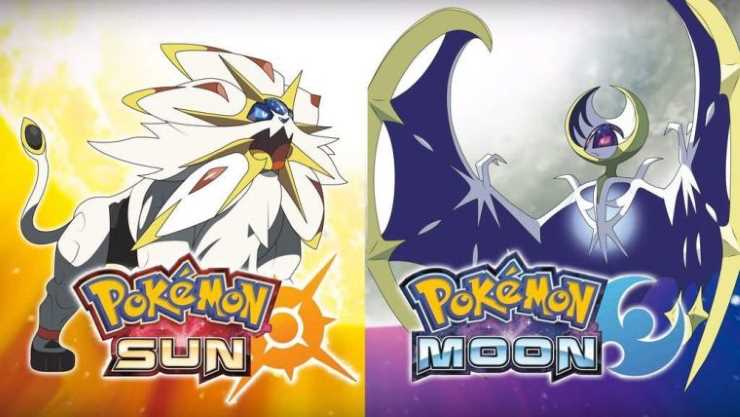 Pokémon has been a part of our lives for 20 years, and 2016 celebrated their anniversary in stunning fashion. We’ve seen the re-release of Red, Blue and Yellow, been swept up in the mobile craze of Pokémon Go and now, finally, we get to play the latest entry in the series. It’s a franchise I’m very close to, playing them to death as a teenager and growing up with them through the years. Pokémon Sun has reignited my obsession with pocket monsters and playing into the early hours of the morning circling the same piece of grass for hours on end to catch a Pikachu has once again become commonplace.

You’ll be pleased to know that Game Freak has created a great game, pushing the limits of the 3DS to realise their vision for how Pokémon games should be 20 years on from their debut. It looks good, plays better and has that same addictive quality it’s always had. Say goodbye to your life – you live in Alola now.

After deciding to leave Kanto, Chris (that’s me, that’s my name!) and his mother travel to the sandy beaches of the Alola region in search of a new life; think of Hawaii and you’re pretty much there. You meet Professor Kukui and decide to become the very best (again), choosing from one of the new starter Pokémon, Litten, Rowlet or Poppilo. Once you’ve chosen (Litten for the win, by the way), it’s time to embark on a brand new adventure that feels refreshing but still manages to stay on familiar ground. One of the biggest changes is the absence of Pokémon Gyms. Instead, you’ll take part in Island Trials. These trials see you fight a selection of Pokémon before going on to fight that trials’ totem Pokémon – a stronger version, if you will. Beating these trials gives you a wonderful item called a Z-Crystal, which can be used to give your Pokémon some powerful moves. It’s not over after your Island Trials though; you then have to take on that island’s Kahuna in a Grand Trial. A Kahuna is the kind of elder of the island, chosen by the mythical Pokémon guardian of the island. Once defeated, you’ll get your passport stamped and it’s on to the next island. These trials, both island and grand, feel much bigger and last much longer, creating great parallels with the Polynesian ideals that the game seems to pay tribute to.

The way Pokémon and humans interact outside of battle is much more obvious this time. You can be walking around a farm and see Miltanks working the field with their owners, or Snubbulls and Grimers chilling inside their homes. They aren’t stuck in a Pokéball, they’re out parading around Alola and it adds to the importance of their role in the games. Pokémon also act as travel for you; you can summon a Tauros to get you from one place to another a lot faster, or ride a Lapras to take you across water. These Ride Pokémon are a great addition and help to cement the bonds between pocket monsters and people.

Something Game Freak really wants to hit home is the bond you share with your Pokémon. Not only are they visible in the world and vehicles for travel, it’s also very important to look after them by feeding, cleaning and healing after battle. Pokémon Refresh is a new feature where you can feed your Pokémon jelly beans, fuss them by tickling and rubbing their tummies or their heads, brush their fur or dry them after a fight with a water Pokémon and so on. It’s a great idea, and only makes you fall more in love with them. I would constantly dote on Litten to make sure he was OK after a frantic battle, and feeding him was paramount. The better they feel, the better they perform so it’s certainly worth taking care of them. If you don’t keep it up, it won’t make them perform any worse, but it has more benefits than it lacks.

Battles are so much fun and they look amazing; animations are sharper and much more colorful. The more you fight, the more you learn. If you come up against a Drowzee for example, it’s up to you to experiment to see what is going to be most effective; however, the next time you face one, effective and super effective moves are highlighted so you know what you should be using. The coolest new feature is the Z-Move, and these unlock thanks to the Z-Crystals you find in the Island Trials. By unleashing a Z-Move, you pull off a powerful attack that unravels via some of the best animations ever to feature in a Pokémon title. They can do a substantial amount of damage, but can only be used once per battle.

The Pokédex looks great in Sun and Moon, thanks to the Pokémon, Rotom. He fundamentally brings your Pokédex to life by living in it, giving you useful hints and information along the way. Remember Pokémon Snap? Well in Sun and Moon you can take photos of Pokémon with the Pokéfinder. It’s another nice addition to bolster the complete package, and although there aren’t tons of opportunities to use it, it’s still pretty cool.

The multiplayer wasn’t available during the review due to servers not being live, but I got to see some of the features in action at a presentation by Nintendo in London recently. The Festival Plaza is a hub where you can meet and battle other players, trade with them, and buy loads of cool stuff with Festival Coins. Battle Royal is an awesome new feature where you can fight in 4v4 battles, taking it in turns to attack anybody in the battle you choose to. As the battle goes on, players move up or down in rank and the winner is the one who finishes first.

Pokémon Sun and Moon are filled with so much you’ll be absorbed in every facet from the moment you begin; TM moves are moves you acquire that can be given to any compatible Pokémon instead of being learned through levelling up, and there are Alolan variant Pokémon that are only ever going to feature in Sun and Moon due to their association with the climates of the specific Alola regions. Poké Pelago is another new feature that acts as a virtual home for your captured Pokémon to live in, and isn’t available straight away. You have to work hard to unlock all of the wonders of Pokémon Sun and Moon, but the benefits are worth it. It took me over four hours until the tutorial felt like it was over and I’d reached my first Island Trial; it could’ve been reached quicker, I’m sure, but there’s so much to do, hundreds of Pokémon to catch and a world that is brimming with adventure and excitement.

Takes a while to get out of the tutorial

Prepare to say goodbye to sleep and society as catching, training and caring for your Pokémon take over your life.