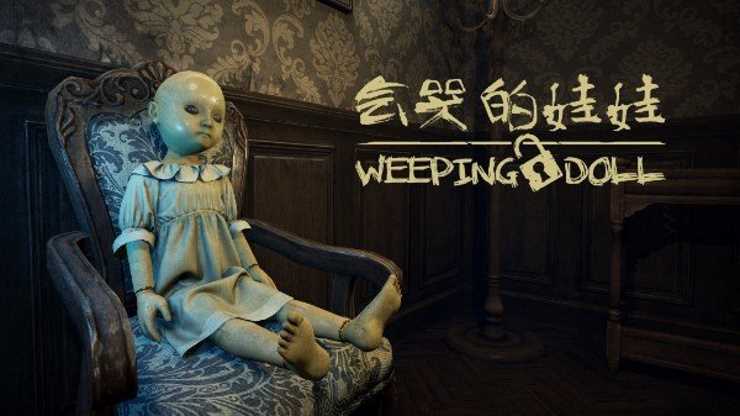 Released just in time to cash in on VR gamers looking for a little bit of horror to immerse themselves in over the Halloween period, Weeping Doll is easily the worst game I’ve played on PSVR, a mess of bad acting, misjudged scares, awful controls and dire puzzles – and yet the most horrifying thing about the entire endeavour is the thought that people are actually wasting their time and money playing it.

It’s early in the game for PSVR but we’ve already seen exciting potential for horror games utilising Sony’s latest hardware. Until Dawn: Rush of Blood, the various Resident Evil 7 demos and, to a lesser extent, Here They Lie, have all proven that the immersion afforded by VR lends itself perfectly to scaring the life out of players, and so it was with much anticipation that I slipped on my PSVR headset to investigate Weeping Doll.

The story in Oasis Games’ effort is that you are an English housemaid to a Japanese family consisting of a mother, father and two twin girls, who live in a suitably large and horrifically decorated house. One of the girls has a birthmark on her face and as a result is shunned and mistreated by her parents. The game begins with you receiving a terrified phone call from the mother informing you that she is under attack from some sort of presence, but the call is abruptly cut off and it is up to you to go to the house and explore its rooms, piecing together the clues left scattered around to get to the bottom of what has happened.

It’s a totally generic set-up but one that still could have worked due to the fact you’re thrown so absolutely into every environment and situation through VR, and the house itself is a suitably imposing setting, however, there are so many technical problems holding you back that you’ll already be completely infuriated before you realise that the extremely short story was going nowhere anyway.

The first nail in Weeping Doll’s coffin is its controls. Using the shoulder buttons to rotate your character you then project a silhouette of yourself around the space in front of you using the right analog stick, pressing X to teleport yourself to that location, where you can then rotate around some more. Objects are lifted in either your left or right hand by pressing the L2 or R2 buttons. The whole thing is so laborious that I was having a harder time keeping on top of what button I needed to press to move where I wanted to or interact with an object than I was with the rubbish puzzles.

This moves us on to this game’s second major problem. The puzzles in this game are excruciating. Almost every single one that I came across had an immediately obvious solution; however, due to the controls and the often very blurry nature of the visuals, even though I knew how to proceed I found myself struggling to manage. There’s also some nasty buffering of certain textures and areas in rooms which, in one situation, led to me being unable to read a vital clue as the image was so pixelated.

On top of the abysmal puzzles and controls, the voice-acting is some of the worst I’ve ever heard in a video game, and the little animated sequences which pop up occasionally to move the story along are amateurish and come across as rushed and sloppy.

Persevering with all of these negatives will see you rewarded with a short, uninspired story which fails to generate a single scare of any significance whatsoever, in fact I can’t remember being in any way frightened by anything beyond my inability to move around a room without almost suffering a stroke due to the controls.

There’s no doubt that horror games and shorter horror experiences have a bright future on PSVR, we’ve seen it already, and even less successful efforts such as Here They Lie manage to generate their fair share of tension, whereas the likes of Rush of Blood are an absolute blast, almost hilariously successful in their ability to scare players through the immersion provided by the medium. So, Weeping Doll really has no excuse here. This is a lazy cash in, a shoddy waste of your time with nothing to recommend beyond the fact it’s one of the cheapest games in the PSVR catalogue thus far.

This is a lazy cash in, a shoddy waste of your time with nothing to recommend beyond the fact it’s one of the cheapest games in the PSVR catalogue thus far.