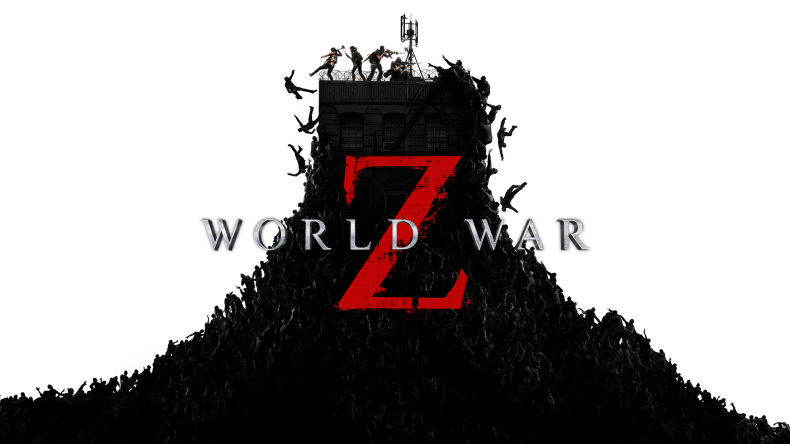 It has been ten long years since Valve released the excellent Left 4 Dead 2, and in that time there hasn’t really been a Zombie horde game to touch it. An exciting blend of co-operative action and tension-inducing last stands, Left 4 Dead has really stood the test of time. Saber Interactive’s World War Z is in many ways a spiritual successor to Valve’s masterpiece as it clearly takes influence from it, and while it tries to get close to the tension and excitement of its inspiration, it often doesn’t quite hit the mark. Impressive as the Zombie swarm is, there is a sense that a lack of ambition (or perhaps time and resource) means that World War Z is never lifted further than a competent team-based shooter.

The setting is loosely based on the movie released in 2013 with one notable feature taken from that – the zombie’s ability to utilise each other to build pyramids of writhing death enabling each other to clamber up what should be unreachable heights. The first time you see this happening it is equal parts cool and terrifying. Indeed, the zombie masses are perhaps the most impressive element of World War Z with the sheer number far out-scaling that of Valve’s creation. The swarm is enormous with what looks like hundreds of bodies throwing themselves off buildings to join those on the ground heaving towards you. On the lower difficulties they are dispatched with monotonous ease, a well placed explosive thrown into the base of the pyramid will bring the majority tumbling down where you can spray your weapon indiscriminately into the throng. On the harder difficulties they form a significantly more dangerous threat, however, there is never any sense of impact to what you are doing. Not only does it feel bland to fire your weapon, there is a distinct lack of weight to your interactions with it. Bullets fire into bodies, grenades explode stopping a group in its tracks, and Molotovs send flaming zombies careening off, but none of it ever feels like more than simply brushing an insect off your sleeve.

The blandness continues across the co-operative campaign which is split across eleven episodes divided into chapters at different locations: New York, Jerusalem, Moscow and Tokyo. Each chapter has four different characters you can choose from, their back stories are fleshed out through little animated vignettes viewable upon completing a level as them, but this is the extent of any story or background to the game. Despite the reasonable number of episodes each one is essentially the same – find a key here, press a button there, get some supplies from back there and bring them here all while fighting groups of furious undead. At certain points you will be asked to take a stand, usually while a doorway takes an inordinate amount of time to open. During these moments you will get a brief respite to set up some defences that can be found around the area, automatic turrets, barbed wire and electrified defences are the most common types, and when placed will do much to hold the hordes at bay while you mindlessly gun them down. World War Z wears its Left 4 Dead influences unabashedly, even down to the special infected that are directly lifted – there is the Bull who charges and smashes you into the ground, the Lurker that hides in the shadows and jumps on you, the Gas Bag that spews noxious gasses, and the Screamer that will alert nearby hordes until you silence it. None of them engender the type of fear that their counterparts did as they are easily dispatched, however, they do serve to provide some variety to the zombie types and if left unchecked can quickly incapacitate an unwary enemy. There is no sign of a Tank-type enemy, though, and perhaps the addition of a random boss fight would do much to lift some of the monotony of the samey levels.

There is a wealth of technical issues as well from connecting to servers, NPC characters and zombies getting stuck behind the environment meaning the level cannot progress, players getting caught behind areas that are now closed off, as well as a save bug that wipes all progress. Credit to the team at Saber Interactive, though, that in the interim between the release date and me writing this review much of the more serious issues seem to have been ironed out via a couple of patches, which gives me hope that the title will continue to be well supported because, despite these issues and despite the “greyness” of some of the gameplay, World War Z is a lot of fun. As with any title, that fun is increased immeasurably by gathering a group of friends to play with. By doing so you can co-ordinate much more effectively between yourselves how to strategically utilise the variety of classes you have at your disposal with each one having unique abilities ranging from explosive experts and melee combat to team support with the Medic and Fixer. Friendly fire is a mechanism that increases the higher up the difficulty levels you go so it best to play in a group of people you know or at the very least a team that is communicating. At the end of each successful level completion you are rewarded with XP for your class and the weapons you used throughout the course of the session, you also receive a small amount of the in-game currency which you can use on purchasing class specific perks and upgrading your weapons to increase things like damage and magazine size.

The starting weapons are all perfectly adequate, with options to pick up more powerful weaponry throughout the course of the level, however, none of them particularly stand-out. There are also some Heavy weapons that have limited ammo that cannot be replenished at any of the set stations. These one-time use items consist of rocket launchers, grenade launchers, even a chainsaw, and can have devastating impact on the swarm, but like everything else there isn’t any one thing that feels like the must have item in the game, so much so that there is very little incentive to explore the levels to find them. Once you have completed the campaign mode (which can be done in offline mode with bots if you don’t fancy matchmaking with random players) there is a PvP element to tackle with a variety of game modes such as simple Deathmatch, King of the Hill, Capture the Flag etc.. Along with the enemy team you will need to contend with the zombie swarm that will periodically come in and disrupt your objectives. Matchmaking for multiplayer is straightforward with very minimal wait times at the moment, and like the rest of the game is perfectly competent without doing anything new or interesting.

The biggest take away I have for World War Z is that it is a functional video game that doesn’t do anything unique. It’s Left for Dead influences are worn explicitly, but there is more work to be done for it to be held up as a successor to those titles. It is a very competent co-operative shooter that doesn’t quite manage to make the shooting interesting, and while it does feature an impressive spectacle with the zombie horde, the lack of variety in the missions doesn’t quite do enough to maintain interest for long periods of time. Technical issues will hopefully be resolved soon, and the development team certainly seems to be making the right moves in that area which keeps me positive that the game will improve over time. In short bursts though, and with a squad of friends or competent random players it can be extremely good fun.

World War Z is a competent team-based shooter that doesn't really add anything new to the genre. It is, however, great fun to play with friends in short bursts.