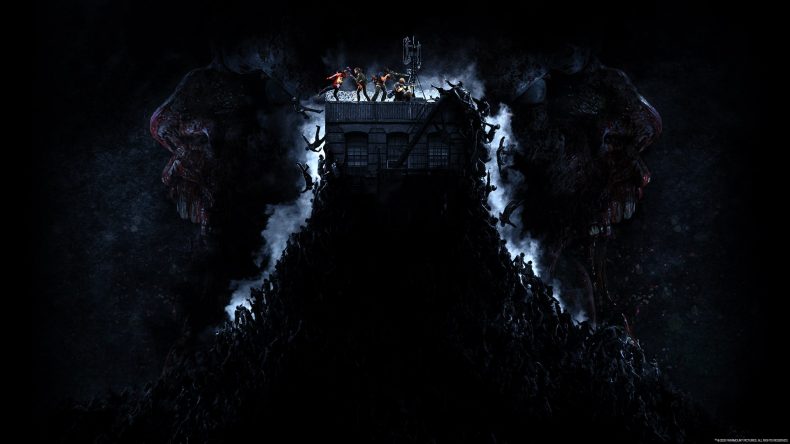 When I reviewed World War Z last year in April I felt that it was a competent shooter that perhaps lacked a little ambition. It has clearly taken its inspiration from Left 4 Dead, but didn’t quite manage to capture the tension of the classic Valve games. Still, I had a great time with it, the writhing hordes being by far the most impressive swarm of zombies I’ve seen in a video game. The sheer numbers tumbling off buildings and racing towards you is quite the sight, and does a lot to make you lose your cool.

A year later and the team at Sabre Interactive has been busy with a slew of paid for and free content along with a Season Pass. The Game of the Year Edition comes with the base game and all the previously released content, and one as yet unreleased weapons pack.

Not much has changed for me with World War Z to encourage me to reconsider my previous opinion. I still think of it is an enjoyable, if unremarkable, co-operative shooter. There is something almost comforting loading it up and launching into one of the story missions. It’s mindless fun. My biggest issue still remains though – the shooting is so utterly bland. There is zero weight to anything that you do: firing a mortar into the horde should feel like it is catastrophic for the zombies charging towards you, manning a machine gun turret should feel like every bullet is sinking deep and tearing into the undead bodies, and yet there’s nothing. Dealing with individual zombies is a little different. Launching the new Marseille story campaign and choosing one of the hilariously bad French accented characters, I did notice that tapping an unaware zombie in the head with a silenced weapon did feel slightly more chunky than I recall it being, but that feeling dissipates the minute you find yourself dealing with two or more charging at you. For a shooter to have this little weight to its core mechanic it is disappointing and takes some of the thrill away. There’s things I do like a lot though. There’s an extensive class tree covering a variety of different ways to play should you be lucky to have a team where taking active roles to ensure success is a thing. Each weapon and class has it’s own XP counter providing tonnes of reasons to keep grinding away. The weapons in particular will reward you with different versions of the same type, some with full-auto or the coveted silencer, provided you have amassed enough XP by using the weapon to unlock it. Thanks to the GOTY edition, much of these weapons now have some exciting skins so that you can go out and battle the hordes with a flashy looking weapons – if you have the time to look at them of course once things really kick off. Elsewhere you can customise your characters with a slightly different look, although much of the individual items are still locked behind a premium currency.

The Game of the Year Edition also brings with it a few other ways to play. A challenging Horde mode has been added that can be played with three other players, or bots if you don’t fancy matchmaking. The mode works as you would expect it; you start with a small amount of currency with which you can purchase some defensive items such as an electrified grid to trap the Zekes or perhaps an automated turret. Surviving a wave will net you more currency which can be used to purchase more defenses or repair existing ones. During certain waves you will also be asked to complete random tasks such as electrify a certain number of enemies or set them on fire, complete them and you will be rewarded with additional items. The waves get increasingly tougher to beat with limited supplies to restock and heal yourselves, and failure comes often. Like much of the game, Horde mode is good fun, but it isn’t anything you haven’t already seen before. When World War Z launched there were some quite severe technical issues that meant that progress through story levels was impossible. The team at Saber at the time were quite responsive to criticisms around this, and I am pleased to note that none of my playtime with this new version was impacted in any way. It seems that some of the audio issues I had with the mix being off during high tempo moments have also been resolved. It is encouraging to see the game so well supported a year later.

I still like World War Z, it definitely does what it does reasonably well, it is just that it doesn’t do any of it really well. It apes Left for Dead so closely, but just doesn’t come anywhere near the excitement of that game for me, and I can’t put my finger on why. I think the lackluster shooting is definitely one reason, but the Game of the Year Edition is a good version as it comes packed with some decent content. Horde mode, the Challenge mode, multiplayer, and the five story missions, each with three or four chapters to complete will keep you busy, and there are enough character classes to level up to keep things fresh for a while longer.

World War Z: Game of the Year Edition is still a good game, but now comes packed with more content: a new three chapter story mission, new horde and challenge modes and a slew of cosmetic and weapon customisations to keep you busy for a while.

You may also like
focus home interactivceGame of the Year EditionPC