previous
World War Z: Game of the Year Edition review
random
next
What the Golf? review
1 like 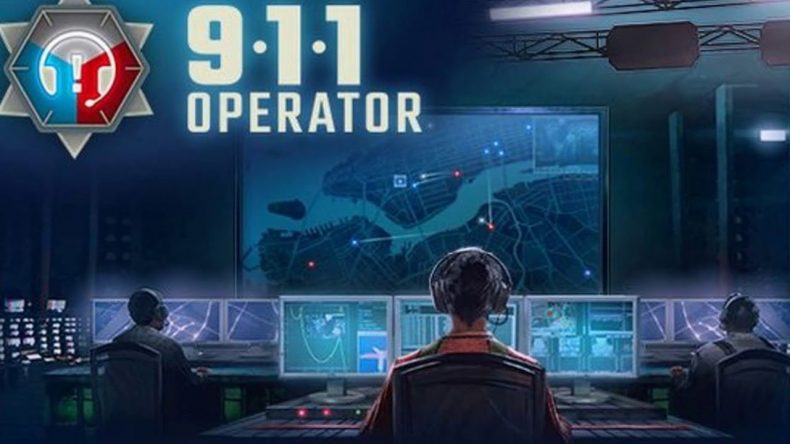 It must be a stressful experience being an emergency services worker. I know I certainly couldn’t do it. I don’t handle stressful situations that well, and if I am honest I am far too emotional to deal with situations where people could lose their lives. Although detached from much of the action, I suspect that an emergency services call operator also experiences a great deal of work-related stress and anxiety. It strikes me as potentially quite a high-pressured situation with decisions that require making quickly in order to prevent a tragedy of some form. 911 Operator from Polish studio Jutsu Games has done very little to dissuade me from that belief, if anything it has only affirmed that I do not think I am cut out for the role at all.

I am soft-hearted, and also terrible with detail. When a gentleman calls me in obvious stress about his cat being stuck up a tree and the light is failing, then I will, of course, divert one of my available fire crews to go and rescue it. The problem is that by doing so I left a man who had called me with a terrible stomach ache to die. I thought he was over-reacting and wasting valuable emergency services time, but it turns out that he may well have had a ruptured appendix. How was I supposed to know? The kitty in the tree was more pressing than a man calling 911 with a “stomach ache”. Lesson learned then. Or was it? I managed to pass that particular scenario somehow and was promoted to lead the EMT call unit for Miami. I have never been to Miami, but it looks big and complicated in all the movies I have seen. Turns out on my first day there is a music festival that needs monitoring. This is a big event, I’ll need ambulances on stand-by to deal with any revellers that injure themselves, the fire department will need a presence and I’ll need some police officers to keep everything in check as well. I check my available resources, equip them with the things I think they will need: a defibrilator, fire safety equipment, and because this is an American city, I arm my cops. Money is tight though so I can only give a couple of them body armour. I begin the day.

Things go well at first, I receive some calls complaining of the noise, but the event organisers have all the required permits and I can’t do anything about it. Politely I ask the man complaining to stop obstructing the emergency number. Then things kick off, there’s a speeding car driving through downtown and it’s knocked someone over, another person in the north-west of the city is having a heart attack, over to the east a domestic altercation is breaking out and shots have been fired, and now I have a bomb threat on my hands. I’m fairly certain the bomb threat is from the man complaining earlier, but can I run the risk that it’s not? Needless to say I failed and was fired after my shift. 911 Operator has tonnes of detail for you to pore over. There are two modes you can choose form, either Career or Free Game. Before starting either you will have the opportunity to review your existing resources. You can check your fleet of vehicles, each one detailing how fast it can go, and how many personnel can fit in it. You can examine each of your personnel, their driving, marksmanship, first aid and tech skills as well as their job performance overall. If none of your available resources look suitable for the challenge ahead you can sell it and purchase new items, providing you are within your allocated budget. Once you are satisfied you launch into the scenario.

Everything is viewed from a top down perspective. The city viewed as a map with icons popping up intermittently where incidents are occuring. It is all pretty cool, however the biggest issue I have had is that once things start to get going it is very easy to lose track of which resource is which. Each emergency service is colour coded for ease – red for fire service, blue for police and white for the ambulances. The issue is that drilling further down into each of those is much harder to do once the game is running, it is far too easy to send your police van on the tail of a speeding vehicle and your better sport patrol car to an altercation that requires the larger van to ferry suspects back to the station. The pace at which events occur that require you intervention can be incredibly fast. You will have to deal with scenarios that just pop up as well as answering calls from concerned members of the public. Of course, as with all micro-management sims you can pause the action to make a more considered decision, but it can still feel overwhelming at times. The audio work is very good. Upon launching the game it recommends that you play with headphones, and they do make a huge difference as you can hear other incidental information that can help you to make a judgement as to whether the call requires instant intervention or not. During the calls you will have the opportunity to ask questions to glean more of the situation. Responding to the calls is where the game shines, and I wish that more of the interaction revolved around the calls rather than the generic icons popping up on the screen.

Playing on Switch I, of course, opted to play in handheld mode. It works fairly well, but the text is extremely small. There is also an issue with the precision required to highlight events and direct resources to it. On both the smaller and larger screen this was an issue. There is a snap to icon function, but I couldn’t help feeling that much of the gameplay has been centred around the use of a mouse rather than a control stick. You can zoom the map in, but it is still a little too fiddly to highlight the icon you specifically want when a few are grouped together.

The Deluxe Edition comes with the base game along with the four DLC packs: Every Life Matters, Special Resources, Search and Rescue, and First Response. There are tonnes of scenarios for you to get stuck into, as well as equipment and vehicles to unlock. The Career mode is extremely challenging with lots of variables for you to tinker around with to ensure success. I was particularly struck by the high-quality audio and voice work, as well as the vast variety of events and scenarios that randomly crop up. The controls are a little fiddly and with the rate that events come at you, it is often far to easy to mess up because you are fighting with the controls a little too much. That said, I enjoyed 911 Operator, it is an interesting take on a simulation game, with enough variance to keep things interesting.

911 Operator Deluxe Edition comes packed with content. It suffers from fiddly controls, which hamper your success rate, but the audio work is good, and there is tonnes of detail to pore over.

Rustler is embracing the power of next-gen | Hands-off preview