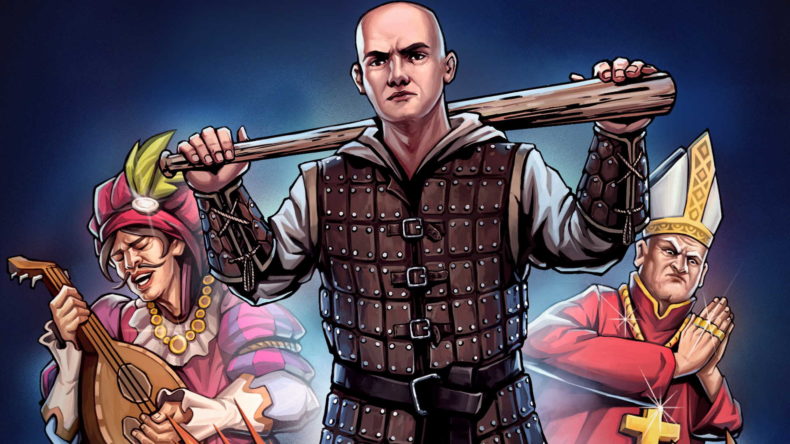 It all starts so promisingly. Booting up Rustler, you are treated to a live action intro, which introduces the historically inaccurate medieval premise in a way that recalls legendary BBC romp Maid Marian & Her Merry Men – only with a good deal more violence and criminality. What Jutsu Games have imagined into existence is a clever and interesting idea. Borrowing almost in its entirety the structure and aesthetic style of the original top-down Grand Theft Auto titles and transporting the action into a bawdy ancient setting sounds like a winner. Sadly, once the initial appeal of the humour and novel backdrop wears off, you are left with a frustrating and repetitive experience that relies far too much on scatological silliness and has controls and mechanics that become troublesome almost instantly.

The game tells the story of Buddy and Guy, two vile, beer-quaffing, petty criminal proto-lads who dream of tricking their way into a lavish nobles tournament, hopefully coming away with a stack of cash and a bevy of fair maidens. This unfolds as what can best be described as an open-world crime spree carried out mostly on horseback. The design rarely calls for much beyond “go to location x and kill/assault y”, with segments of evading the authorities – here represented amusingly by flashing red and blue lit Police horses. 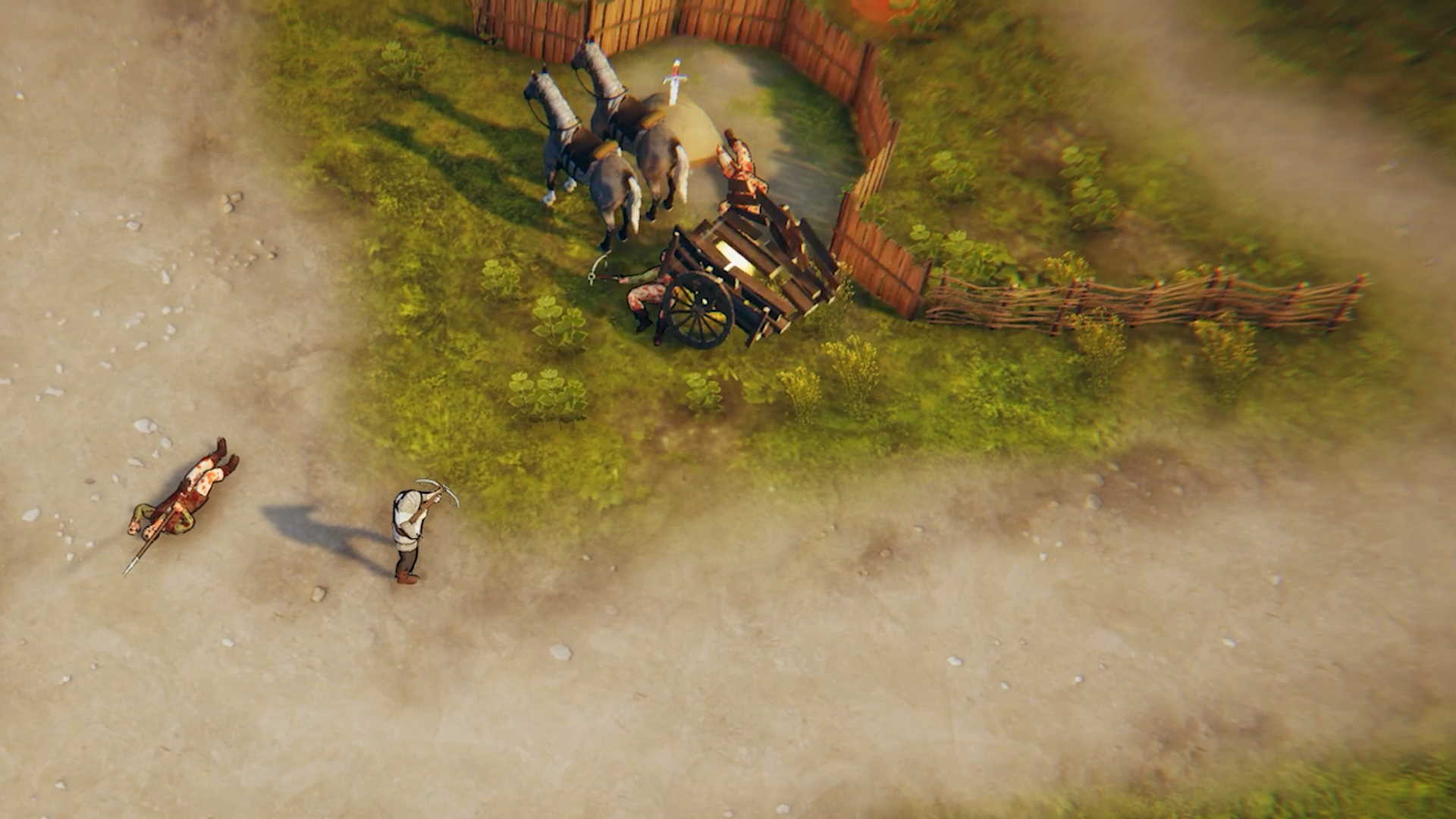 There are escort missions and some mildly interesting diversions like racing and later on in the game, jousting. There are a number of issues that prevent the tasks on offer from successfully emulating the simple and compulsive brilliance of the early GTA games. To begin with the controls are a major irritant, with standard directional control when on foot, and cumbersome tank-y movement when on horseback. It is really easy to get stuck when trying to turn or navigate around scenery when on your steed. And this makes the chase sequences a frustrating nonsense.

The AI of the enemies you face and the olde worlde coppers is awful and inconsistent. When you are being pursued and attempting to make a getaway, you can lower your wanted level by finding “WANTED” posters and taking them down off the wall. There are also opportunities to enter the Pimp My Horse shops – essentially Rustler’s equivalent of a respray joint. But on so many occasions the pursuant foes can be shaken off easily, as they get stuck in the scenery, or simply disappear bizarrely as soon as you interact with one of the posters. 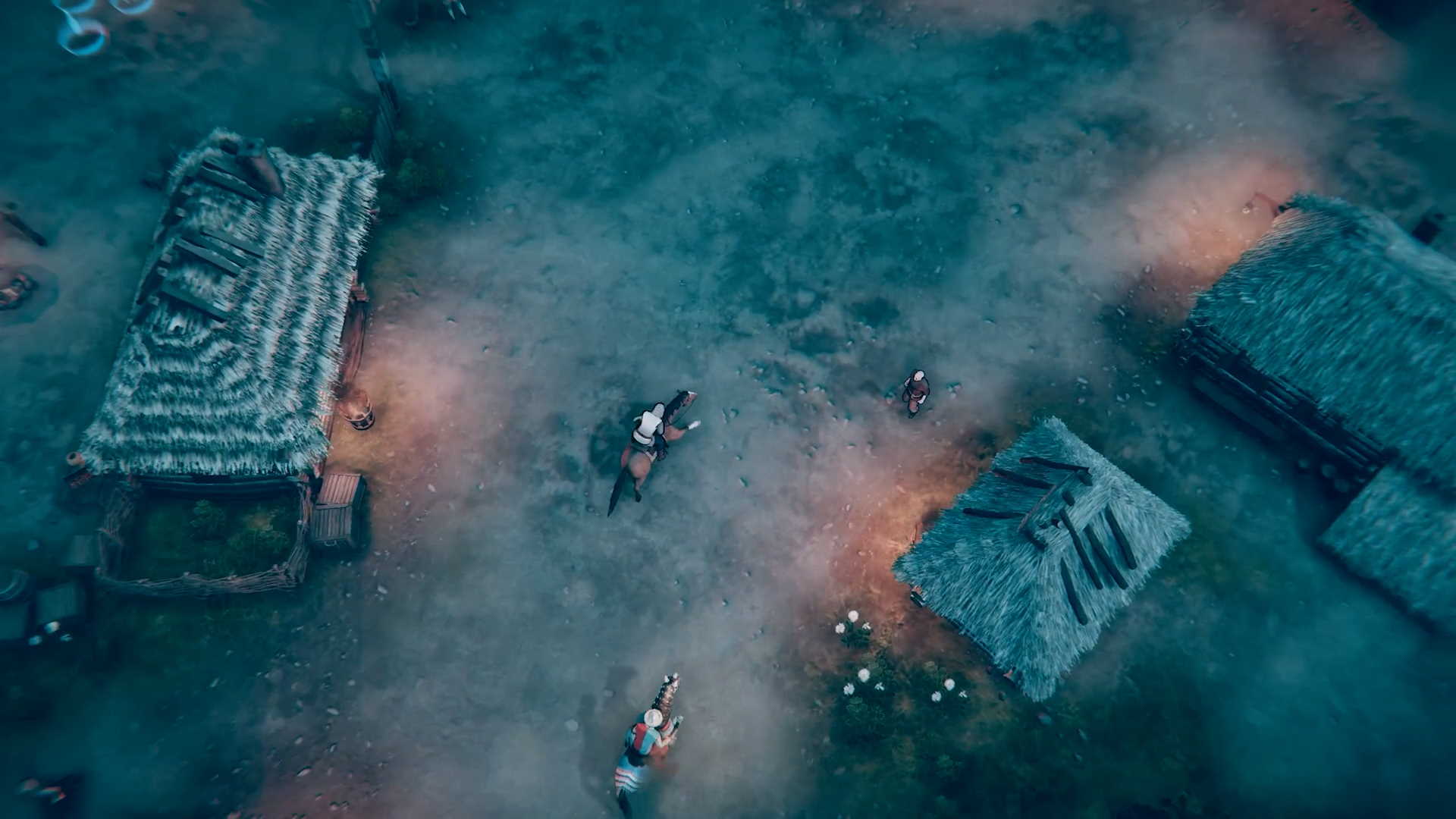 Combat during the missions is another mess. The attacks boxes appear inaccurate and, that word again, inconsistent. You have light and heavy melee attacks and even a parry, but it seems pure luck as to when blows connect and the amount of damage they inflict. Expect many one-hit kills from enemies too, quite often sending you back to the start of a lengthy mission, complete with all of the damn text boxes you have to re-click your way through.

To its credit, the settings look nice, although on the handheld screen it can sometimes be a struggle to follow everything due to the small size of the characters. The humour does become ridiculously base at times. The gibberish that the characters speak in place of actual voice acting I could have done without, as it makes what are already unsympathetic characters appear even more unpleasant and hard to click with. There are some genuinely funny moments and environmental details. In a throwback to Danny John-Jules’ brilliant hip-hop infused Barrington, you will encounter beatboxing bards. There is some splendidly tawdry graffiti, some of which hilariously pokes fun at flat earthers.

The reality is, Rustler does not deliver on the rich promise of the very funny opening video, and indeed the entire premise itself. With a bit more thought and consideration towards the controls, combat and structure, and less reliance on fart and poo gags, Rustler could have been a riot. As such I would recommend revisiting the exceptional GTA Chinatown Wars if you really fancy some top-notch, top-down crime thuggery.

With a bit more thought and consideration towards the controls, combat and structure, and less reliance on fart and poo gags, Rustler could have been a riot.

Rustler is embracing the power of next-gen | Hands-off preview