The concept of Anthropomorphic animals is one that throws up some fairly tricky questions when you think too hard about it. Not just biologically speaking either (although Rule 34 seems to have those questions covered). It creates a very weird food chain when, say, a bunny rabbit can beat the shit out of a doberman with a giant mechanical fist. Which is the primary conceit of diesel-punk Metroidvania, F.I.S.T: Forged in Shadow Torch. Although I’m still not sure why it needed to be an acronym and they couldn’t just call it Fist. Unless of course they were really worried about Rule 34.

Our protagonist is Rayton, a gruff-talking rabbit, hero of a war the good guys lost. The Iron Dogs of the Machine Legion rule the city now, using violence and fear to keep the “furtizens” in check. Now a downtrodden loner who’d rather not get involved in what remains of the resistance, Rayton is drawn back into the conflict when his friend is kidnapped. All that remains of the mech he piloted in the war is one huge arm, which he straps to his back before heading off to the rescue. 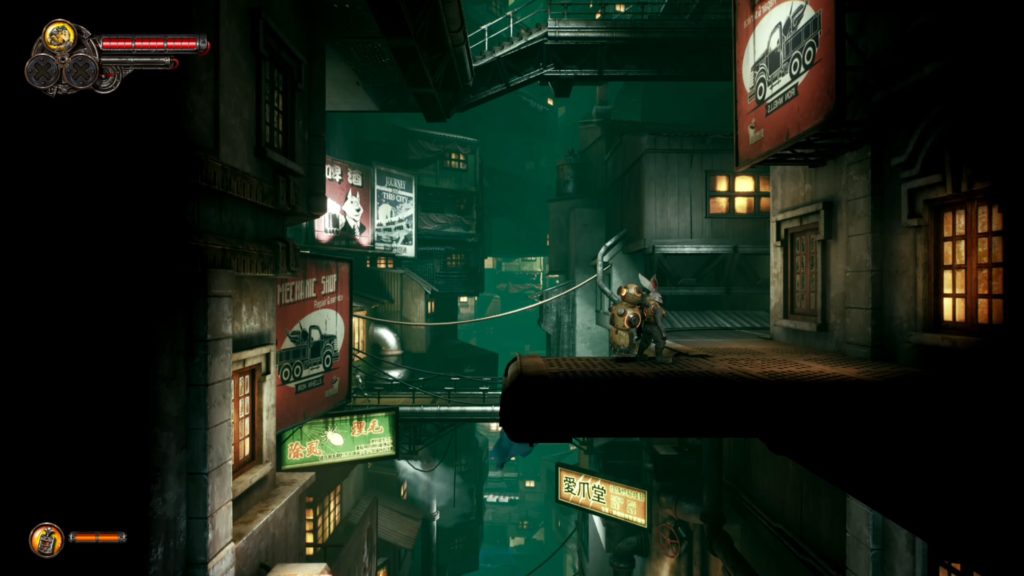 As a metroidvania, F.I.S.T excels in creating a huge seamless world. You can walk into any of the main areas from the hub town, or fast travel once you’ve unlocked the teleporters. Although, they don’t actually teleport. They’re more like big pneumatic tubes that launch you around the map in steel balls. The world is an absolute highpoint in a list of highpoints, its gorgeously grimy aesthetic effortlessly setting the tone for the adventure. It’s a world of oily technology, grit and grease ingrained in every tattered surface. Neon street signs and towering buildings clutter the skyboxes, and everything looks heavy and unwieldy. It’s like Zootopia if David Twohy remade it.

The story is also well-written and acted. A surprising number of cutscenes tell Rayton’s tale, as he galvanises the resistance against Cicero, leader of the Machine Legion. The enemy has embraced mechanisation, and only Rayton and his band of various non-canine mammals can stop them. The cast is colourful enough, though they fill certain archetypes without much imagination. A raccoon sensei trains you to fight, for example, the rats do shady deals on street corners, and there’s a cat called Lady Q who will give a certain type of deviant artist inspiration for the next decade. 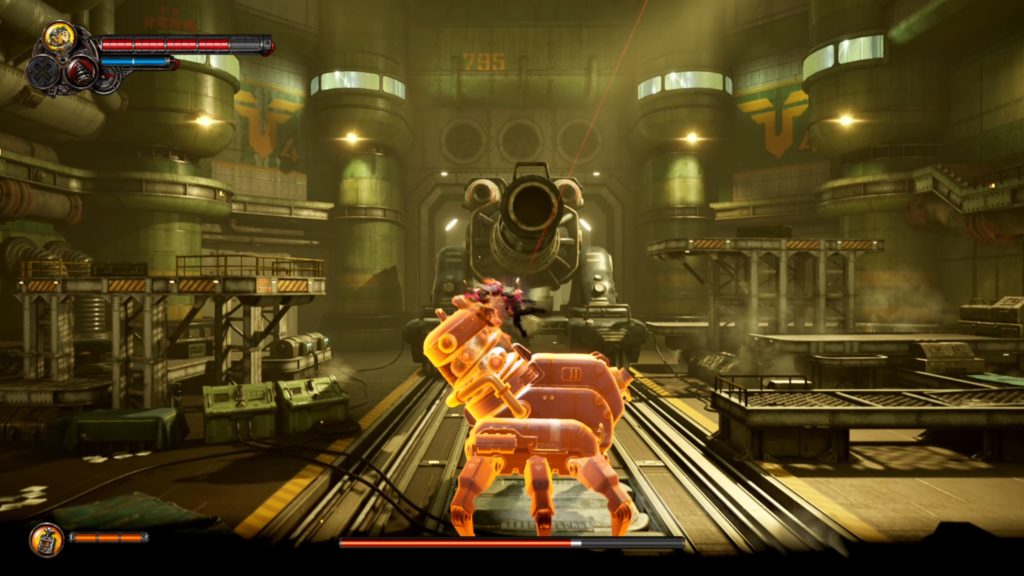 Combat is fairly standard at first, mixing light and heavy attacks with a grab and throw technique to help tackle larger groups. Finding Data Disks and scrap allows you to upgrade the Fist with more combos and special moves, and combat becomes a weighty, brutal affair. Later you’ll unlock two transformations for the Fist. The Drill allows you to open certain doors, or can become a propellor to glide or swim. The Whip lets you use swing points to reach higher areas. Both can be used in combat with a variety of attacks, which you’ll need to make it through some of F.I.S.T’s tougher encounters. Your limited block/parry skill doesn’t help, as enemies will attack through your combos now and then. There are some genuinely difficult boss fights, and even the grunt enemies are hard to deal with.

This is partly because F.I.S.T: Forged in Shadow Torch is quite stingy with its resources. Blue SP powers special attacks, while orange EP allows Rayton to utilise his limited-use gear like healing carrot juice, a homing rocket, and energy rods to parry attacks. The thing is, it’s very easy to run out, and the items you need to upgrade these meters are scattered far and wide, often needing special skeleton keys to access when you do find them. It’s also easy to drop directly into danger as there’s no free-look camera to check what’s below. Multiple times I’ve dropped off a ledge to land on a shock grid or whirring blade. Thankfully, the checkpointing is pretty fair, and death won’t send you back too far. 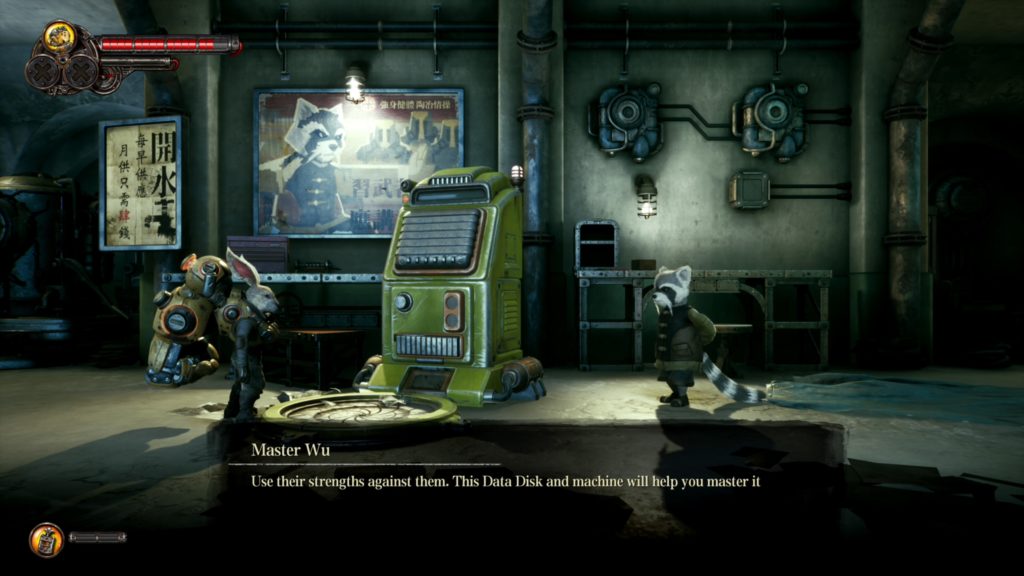 Some of the boss fights are seriously taxing though. As you progress they get tougher and tougher, taking on characteristics reminiscent of bullet hell games. With goons firing rockets and lasers, environmental hazards, and the bosses themselves, you’ll have your work cut out trying to stay alive. Rewards are everywhere though. From comic books that reference other properties and grant new skins for your gear, to music tracks and plant seeds that you can trade with the furtizens of Torch City for more gear, there’s plenty of stuff to make the backtracking worth it. A smattering of environmental puzzles add to the charm and break up the combat nicely, and none are overly complex. They often hide secrets worth uncovering, though.

For a game making such little noise, F.I.S.T: Forged in Shadow Torch is an absolute blast. The world is stunning at times, the backstory deep enough to make the plot compelling, and the characters are fun and likeable if not overly original. Its exciting, brutal combat, and rewarding exploration set it apart from many of its genre-mates though, and make it utterly worth your time.

F.I.S.T: Forged in Shadow Torch's exciting, brutal combat, and rewarding exploration set it apart from many of its genre-mates, and make it utterly worth your time.