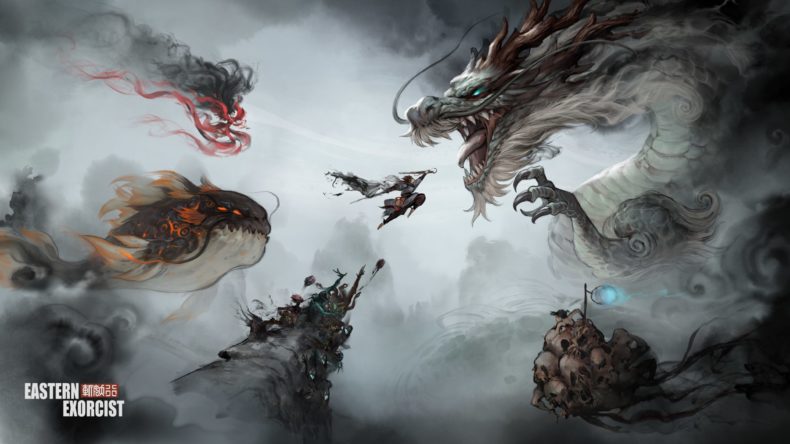 Based fairly loosely on Chinese mythology, Eastern Exorcist is a side-scrolling action game with elements of Metroidvania and Soulslike design baked in that has just come to Steam Early Access. The animation and art style reminded me throughout of Dust: An Elysian Tail, which is only ever a good thing, but Eastern Exorcist is very much its own bag of demons.

As Lu Yunchuan, a sword-wielding Exorcist and monster-slayer, you’re on a quest to avenge your three brothers, apparently slain thanks to the machinations of “King Mandrill” and a beautiful but deceitful Fox Spirit. Of course, there’s more to it than initially meets the eye, but as a framework for fast-paced swordplay and challenging boss fights, the story is more than adequate even in its simplest form.

Lu is your classic wandering hero, picking up small side-quests along the way, helping townsfolk and saving people from packs of demons as he goes. He’s also very handy with a sword and his mystical Exorcism Arts, which he uses in conjunction with one another to tear through legions of enemies. The combat is fast-paced but measured, and as with most action games these days, charging in too quickly and mistiming your dodges and parries will get you killed quickly. 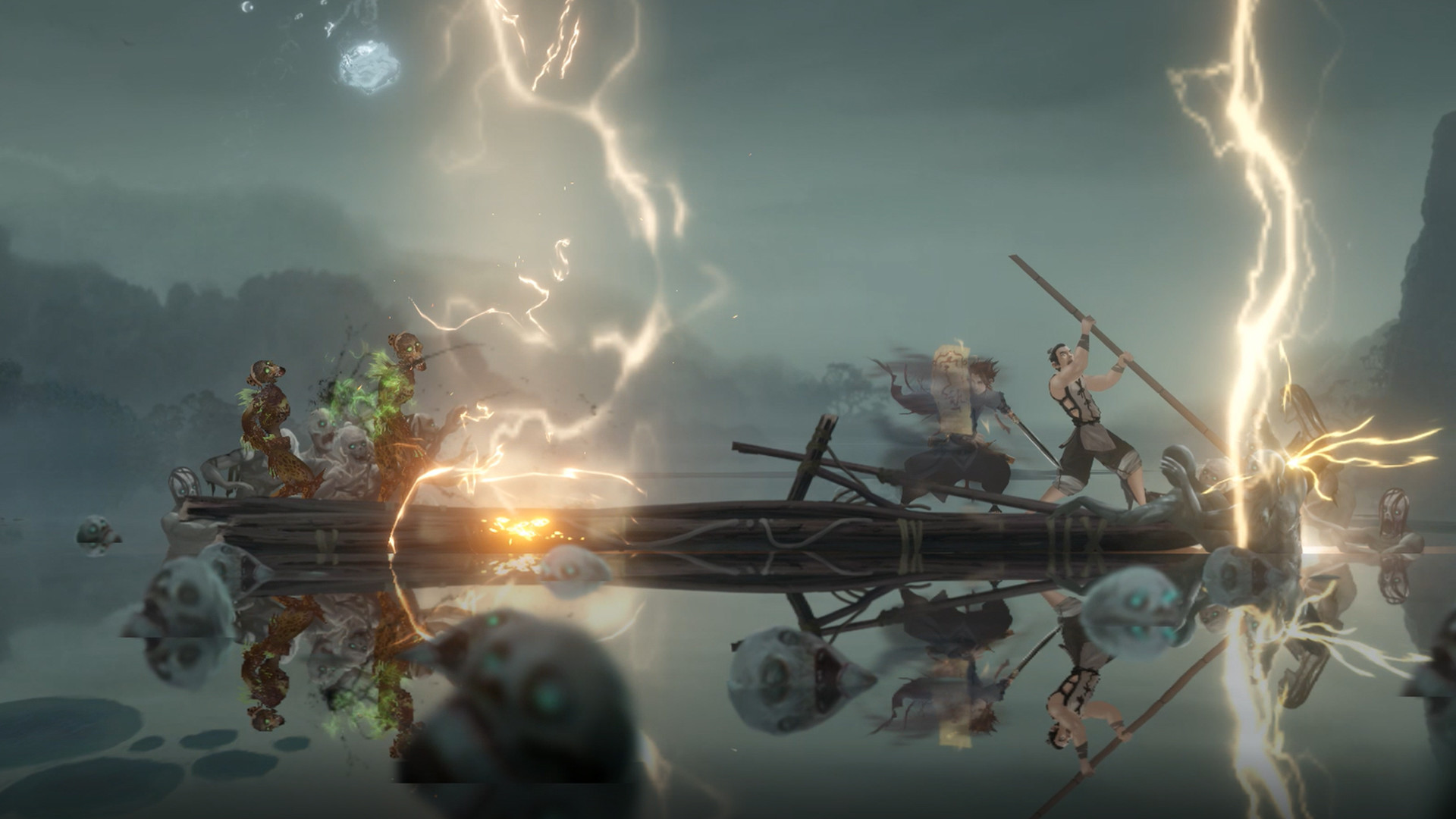 Enemies respawn on death, but crucially you don’t lose your accrued spirit energy, so there’s no need to flop-sweat between shrines, panicking about making one mistake and losing everything. Instead, you’ll fight your way from shrine to shrine accumulating energy before levelling up your health and stamina, or upgrading your Exorcism Arts. These spells can be assigned to an ability wheel, four at a time, so you can cycle between them. Some are triggered automatically when you parry, and others you’ll need to activate at will.

There is a lot of combat in Eastern Exorcist, against an array of enemies from zombies and beasts to flying spirits and, of course, bosses, and mastering the way Lu Yunchuan moves is essential to survival. Timing a fourth attack just right after a three-hit combo will unleash a deadly blow, while parries and doges can be timed for maximum effect and you can charge your primary attack to do more damage – handy as many bosses have Armour metres under their HP that refills over time.

As with many games of this genre, perfect parries just feel satisfying, and you’ll soon get used to the speedy rhythm of the combat. When an enemy falls you’ll need to “dispel” it before it heals and gets back up again, and many of the Exorcism Arts have upgrades tied to dispelling. Each Art has its own tree, too, so there’s plenty of opportunity to evolve your abilities and line-up the right Arts to suit how you play.

Bosses are challenging but not insurmountable. Each one has a shrine right before it, so you’ll refill your health potions each death and go back in ready to retry. You can even spend your energy on overstocking your health potions so you have 10 instead of 5 – although the game warns you that this will affect your trophy progression. Most of the bosses are tough initially because their patterns can be unpredictable and varied, but it won’t take many attempts to learn timing and positioning – but then your biggest enemy becomes the stamina bar. 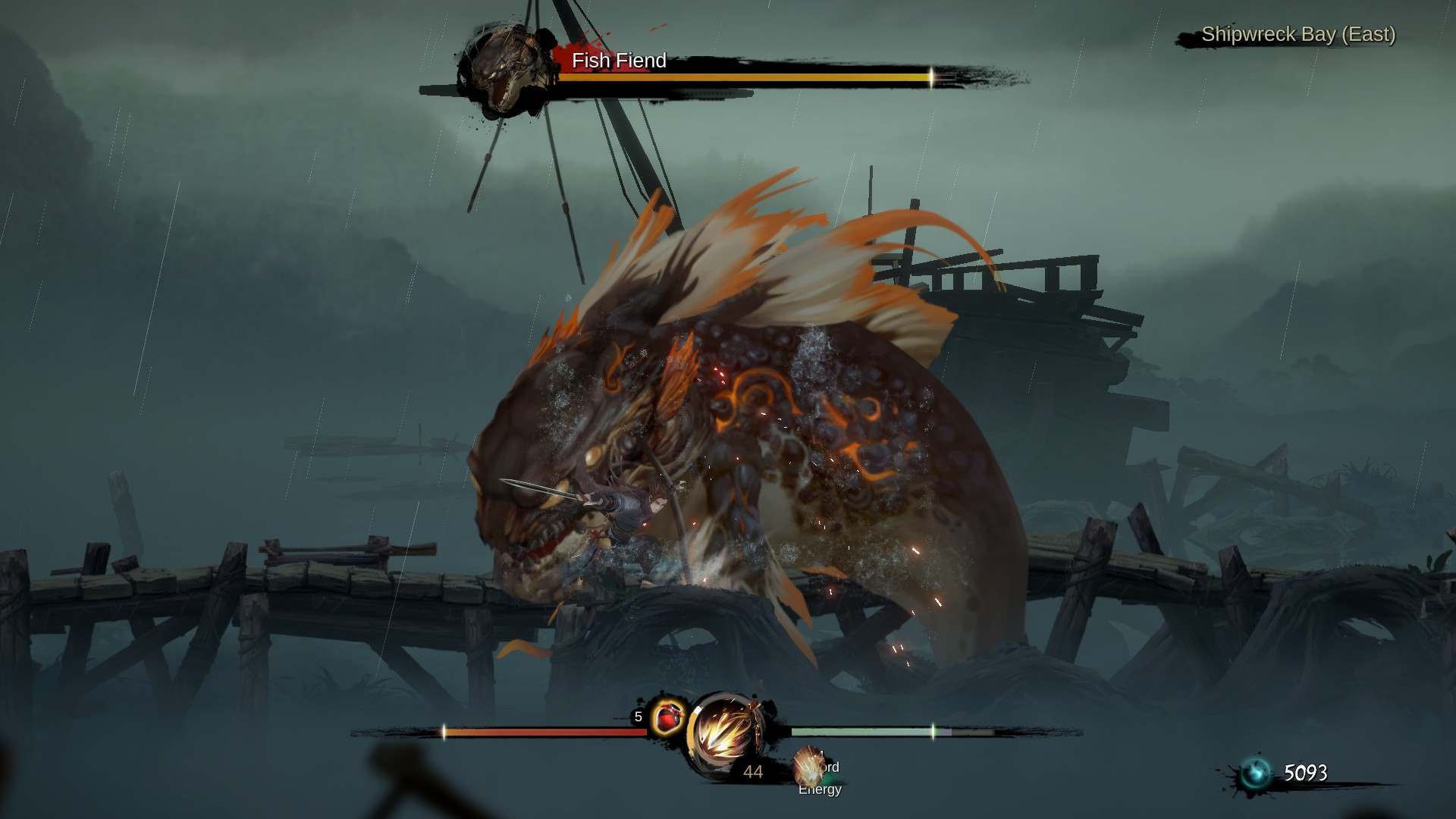 Attacking, parrying, jumping and dodging drain the stamina bar, and it takes just a heartbeat too long to refill, often leaving you vulnerable to a hit that could stagger you or force you back out of position. It’s a bone of contention you’ll gnaw on throughout Eastern Exorcist, as it really disrupts the flow of the otherwise fast and fluid combat, to the point that it just feels like something the devs included because it’s industry standard rather than because it brings anything to the game. It’s fine in something like Dark Souls where you are supposed to be playing strategically, watching for openings and making every hit count, but Eastern Exorcist is a 2D hack n slasher that would work better without it.

Elsewhere you can unlock challenge stages to test your mettle against tougher versions of bosses or complete combo, parry or Art challenges. It’s not essential, but is a way to stretch yourself if it’s becoming too easy or you just want a break from exploring the map. With its beautiful ink painting art style, fun combat and functional if pedestrian story, Eastern Exorcist is more than worth your time – and its early access status can only mean it’ll get better from here on out.

Eastern Exorcist is an enjoyable 2D hack 'n' slasher that feels slick and fluid, but doesn't do quite enough to stand out from the crowd