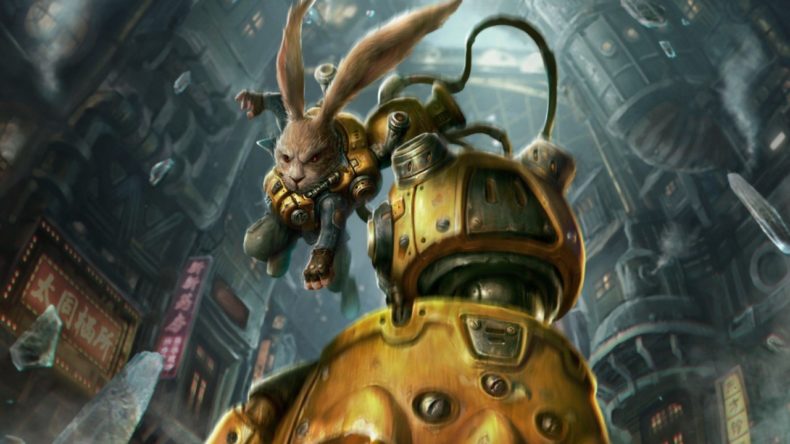 Full disclosure here: I don’t like rabbits. I don’t care how cute you think they are or how their little noses wrinkle when they sniff, Watership Down ruined them for me, that bit in Moonwalker made it worse, and Donnie Darko sealed the deal. Don’t even get me started on the Beast of Caerbannog (though kudos if you didn’t have to Google that). And yet, despite my aversion to the busy-tailed little shits, I found myself really enjoying F.I.S.T: Forged in Shadow Torch when it launched on PS5 last year.

Ignoring the silly acronym (which still doesn’t make much sense within the game world), F.I.S.T is a fantastic Metroidvania starring Rayton, a rabbit freedom fighter in a city populated by anthropomorphic animals. There are ninja cats, Kung Fu raccoons, evil Dobermans and, of course, rabbits, both courageous and villainous. In the years following a war against the Machine Legion, Rayton has sought the quiet life – until his friend is taken by the doggoes and Rayton has to get involved after all. 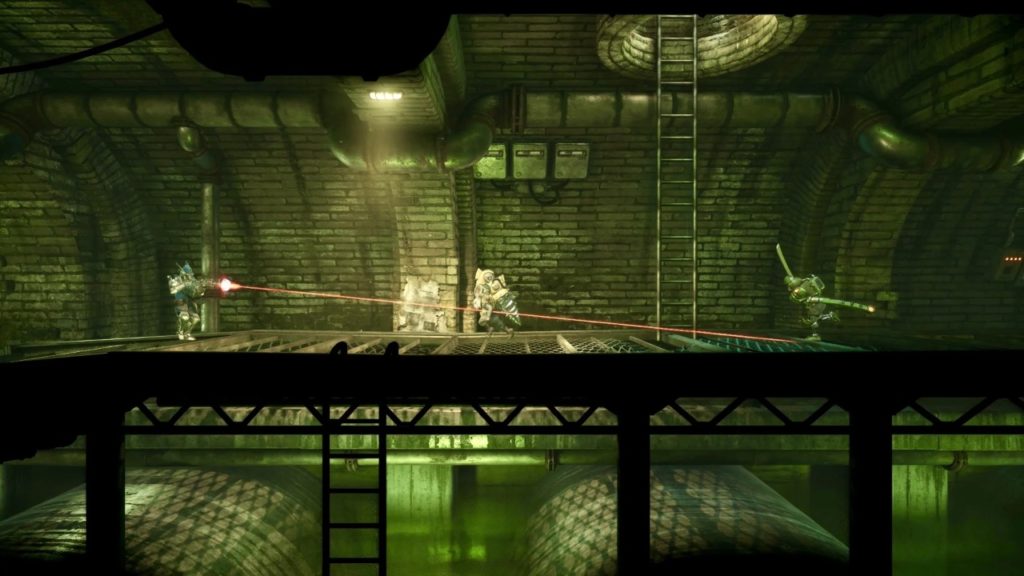 A former mech pilot, Rayton kept a very cool and highly dangerous relic from the war: a huge mechanical fist, once part of his mech suit, that he straps back on to take the fight to the corrupted council of killer canines that have kidnapped his friend. What follows is an excellent side-scrolling adventure with challenging combat and a ton of secrets to uncover.

The Nintendo Switch version features everything that came with the previous incarnation, only you can play it in handheld mode. The usual caveat stands though: the graphics just ain’t as crisp or smooth. It’s something we’ve come to expect from Switch ports, but luckily in this instance it doesn’t take much away. Despite the slightly muddier aesthetic, F.I.S.T is still an excellent game.

You’ll fight, drill, jump, and swing your way through a variety of stages and challenging boss encounters, upgrading the Fist as you go by unlocking new skills and abilities. In Metroidvania style you’ll often need to backtrack to use your newfound tools, such a giant drill and industry-standard grappling hook. 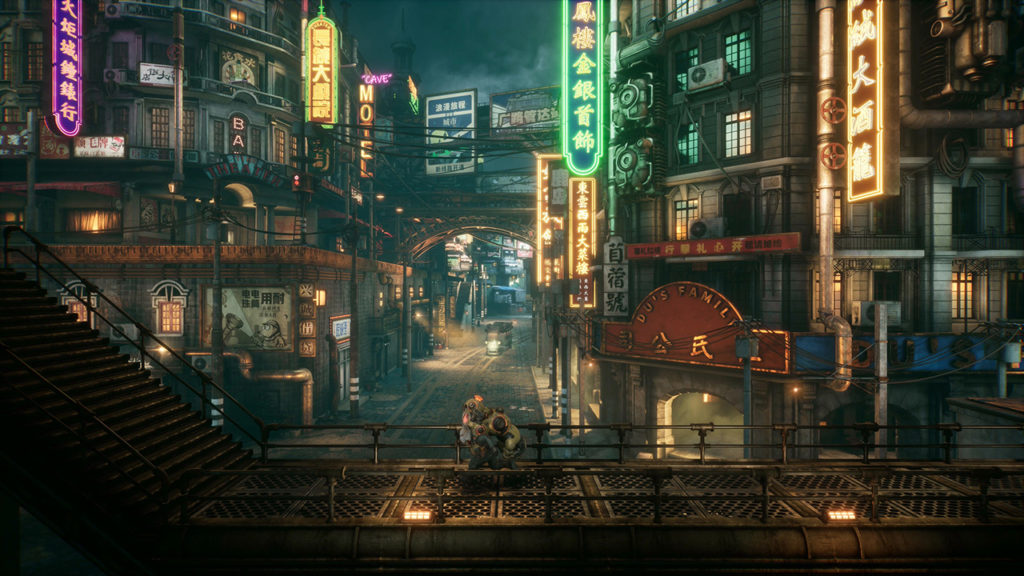 Periodically, you’ll come up against bosses that range from humanoid mechanised animal (usually tough) to huge robot made of guns (usually super tough). There’s no getting around the fact that F.I.S.T is a challenging game, and you’ll need to use everything you’ve learned and unlocked to survive.

The story is surprisingly compelling, mixing multiple cutscenes with incidental dialogue to build a world that feels both lived-in and worth saving. Torch City may be a grimy, oil-slicked zootopia, but it’s home, dammit. A tremendous amount of detail brings the world to life, even with the slightly rougher aesthetics of the Switch version. Load times are fairly hefty though, so be aware of that going in.

This version adds nothing to the game, either, so if you’ve already played F.I.S.T on a different platform there’s nothing to make the Switch port worth playing too. If you missed it, however, it’s a treat on any format and at least this way you can lead the anti-doberman revolution while on your morning commute. Regardless, F.I.S.T remains an excellent action adventure on the Nintendo Switch and an unmissable experience for fans of the genre.

Adds no new content
Doesn't look as good as other versions

F.I.S.T remains an excellent action adventure on the Nintendo Switch and an unmissable experience for fans of the genre.