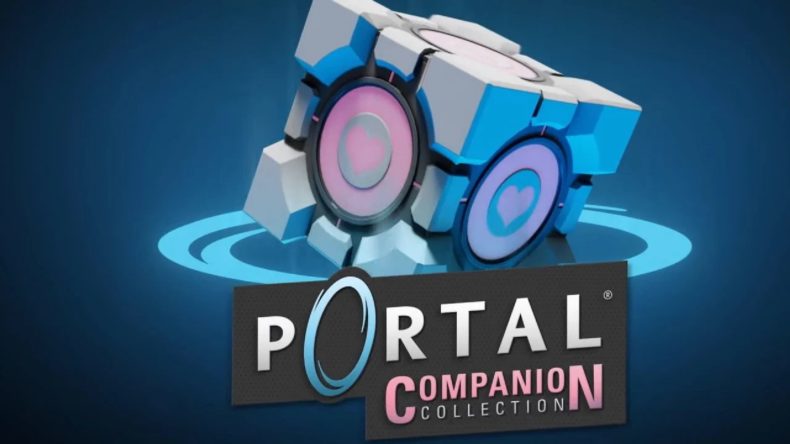 There aren’t many games that you can call one of the greatest of all time without raising a few eyebrows. Obviously we aren’t all going to agree when saying a single game is better than all others, but there are certainly some you could mention that would be better received when making such a bold claim. Two of these GOAT contenders are the Portal games, which are now available on Switch in the form of the Portal: Companion Collection.

In case you’ve been living under the rock, Portal is a first person puzzle game that came as part of The Orange Box in 2007 featuring portals. You’ll typically be presented with a test chamber to make your way through, and need to use your portal gun to solve the puzzles to do so. Your portal gun can fire two different coloured portals, and if you walk through one you’ll come out of the other. You’ll need to use these to put boxes on switches to open doors and find inventive ways around the facility. 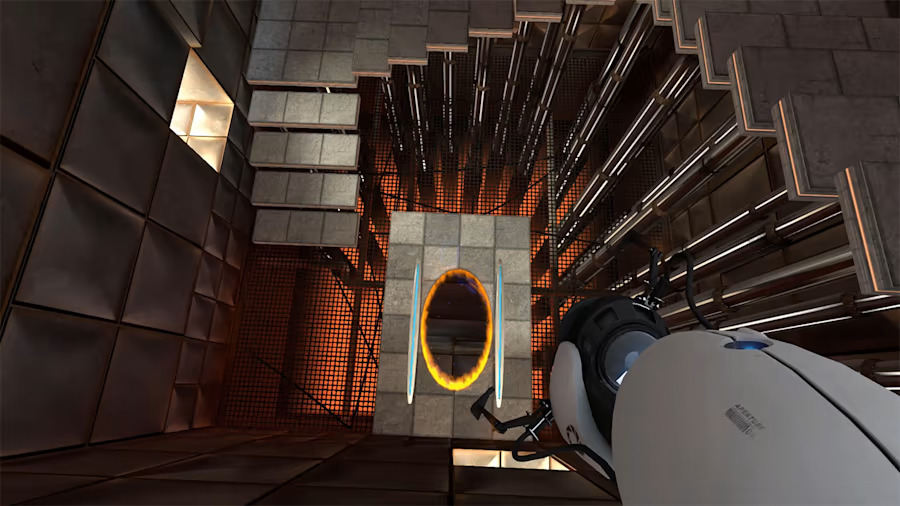 The best puzzles in Portal take advantage of the fact that any momentum you have going into a portal is applied when you exit out of the other side, or as the game so expertly explains it “speedy thing goes in, speedy thing goes out”. This means if you jump from a high ledge into a portal, you’ll cannon out the other side and be able to reach all sorts of places. It’s so satisfying solving problems with momentum, and makes what should be a slow paced thoughtful game feel more frenetic.

For such a short game, the original Portal is constantly throwing new ideas at you. Everyone who’s played the game before will remember the level featuring a load of military turrets, or the companion cube this collection was named after. More so than all these memorable chapters though, the final sequence and meeting with GLaDOS is one of the great moments in gaming history.

The story of Portal is what elevates the game from great to exceptional. In the Aperture Science testing facility (a different research centre in the same universe as Half-Life’s Black Mesa) our silent protagonist Chell is led through some portal gun testing by GLaDOS. Her darkly humourous robotic narration reveals very quickly that this situation isn’t even remotely okay, and you’ll soon discover why GLaDOS is considered one of gaming’s greatest villains. 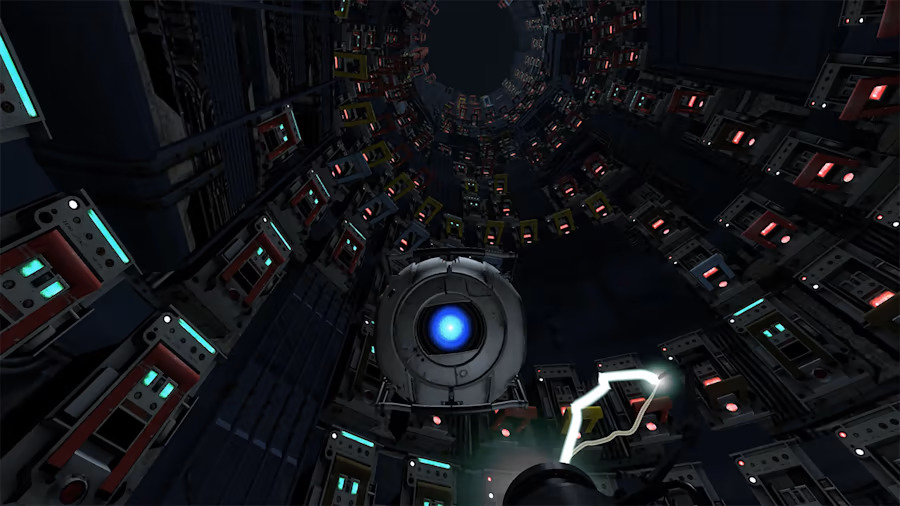 Portal 2 came along in 2011, and offered a more substantial game released all on its own. Featuring the phenomenal vocal talents of Stephen Merchant as Wheatley and a much more fleshed out story, and absolutely lived up to the hype.

Portal 2 features much more of the history of Aperture Science, and expands on everything that was interesting about the first game. Set after the grand finale of the original, you’ll get to explore much more of the Aperture Science facility with everything feeling much more open. The portal gun is used in more “real world” situations, and you’ll spend a lot more time looking for surfaces that can house a portal in a ruined environment.

New for the sequel are different coloured gels to experiment with. Blue gel creates a bouncy surface you can launch off, orange gel lets you slide along surfaces at speed and white gel can paint surfaces so you can place portals on them. By using your portals to spread your gel everywhere, you’ll be able to solve even tougher puzzles than the first game housed and feel like a real whizz kid. 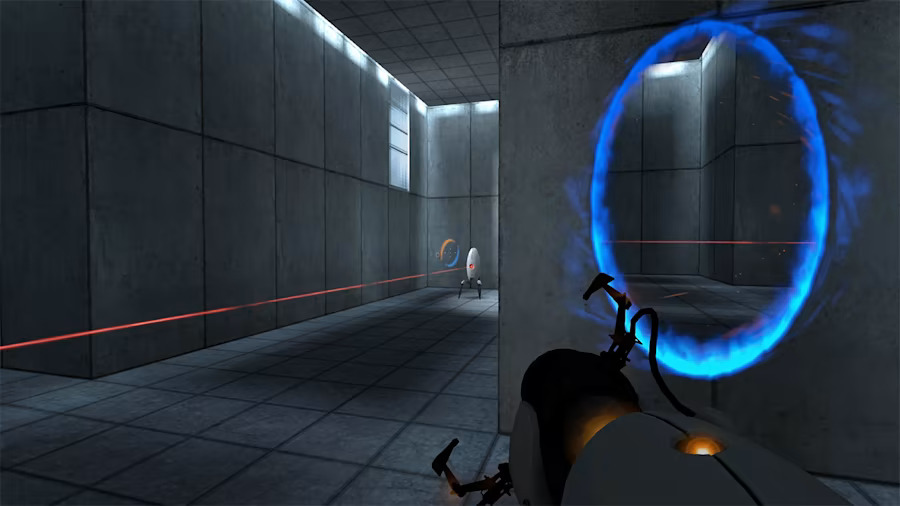 As well as the single player campaign, Portal 2 also features a beloved co-op mode. Using two sets of portal guns you’ll need to solve fiendish puzzles with your combined brain power. Co-op can be played with a friend online or even in splitscreen (imagine that, in 2022!) and is well worth playing if you can find a willing test subject.

If you’ve played the Portal games before you know they’re simply sublime, but you’re probably wondering how they are on Switch. Well I have great news for you, this collection is fantastic. The games run at an almost flawless 60fps (higher than the 30fps it hit on PS3 and Xbox 360 originally) and still look lovely for older titles. As well as that lovely portability the Switch brings, Portal: Companion Collection also features gyro controls if you like to tweak your aim with a bit of motion.

Portal: Companion Collection bundles together two of the greatest games of all time, and even improves the framerate and adds gyro aiming. Whether you’ve played them before or this is your first time, for the very reasonable asking price there’s no excuse not to play with portals portably.

Portal: Companion Collection contains two of the greatest games of all time, which run at 60fps and are still incredible in 2022.

The writer behind Portal 1 and 2 is back at Valve